Hype is a dangerous thing. It builds up expectations, which more often than not are very difficult to deliver on. So Nintendo was clearly dancing on the edge of a particularly sharp digital sword when it made a right royal fuss about its iconic Mario character coming to smartphones (well, on iOS ones initially at least) on December 15. Yes, there are not too many characters in gaming that have the sort of cult following that Mario has – and it goes back decades and not just years. But on the flip side, the same massive fan brigade would expect something special on its hero’s arrival in the appy game world. 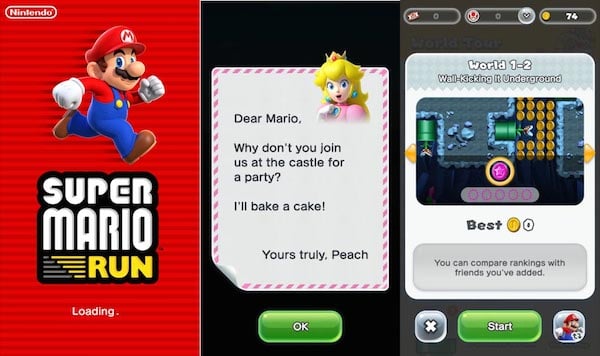 Well, Super Mario Run is now available on the iTunes App Store. It is a free download (there is a single in-app purchase of USD 9.99 if you want to unlock all the six worlds in the game) and at 205 MB, is slightly on the heavy side, but hardly overly so. The story is classic – the mustachioed and overall donning Mario has to run and jump on his way to rescue Princess Peaches from the evil Bowser in a particular flavor of fairyland. Oh and collect coins and goodies around the way. All in a sidescrolling 2D scenario. It is a classic platforming formula that has been working for decades now.

Well, it does not this time.

Brutal? Yes. Unfortunately so. But then as someone who has played his fair share of Mario games (much to the irritation of those around him), Super Mario Run simply does not have the sort of magic that makes Mario special.

The main reason? It is way too easy.

Yes, the problem with Super Mario Run is that it has dumbed down to the extent of seeming almost foolish. Nintendo’s attempt to make the game playable with one hand are laudable. And to give the company credit, they have pulled it off. You don’t really have anything to do in the game apart from selecting levels (there are 24 in the World Tour mode, which is the main mode) to play in and of course, playing the game. Gameplay is as easy as tapping the display and tapping and holding your finger down occasionally – the tap makes Mario jump and the tap and hold make Mario jump higher.

The problem is: Mario does pretty much everything by himself. He runs automatically (almost always to the right) and even hops over smaller obstacles and adversaries without needing any divine, or rather, human, intervention from the gamer. Yes, you can tap at the right moment to make his hops more spectacular but for the most part, Mario is rather self-sufficient. Yes, you can go back to levels and discover hidden coins and the like, but for most of the time, there simply is not too enough to do. The fact that you have to be online to play the game (you can check out leaderboards for high scores and the like but we could find no sign of multiplayer, other than the Toad Rally mode in which you compare the style of your moves with an opponent) does not help matters.

To give Nintendo credit, the company has got many things right. The game looks very good – bright and colorful in best Mario tradition – and the sound effects and music are vintage Mario too. The game is designed to be played in portrait mode so you can actually play it in one hand. And if you have a decent Internet connection, the game will play smoothly with nary a hitch. There is also a touch of city building with the option to build a “Kingdom” with items you get from Toad Rally. 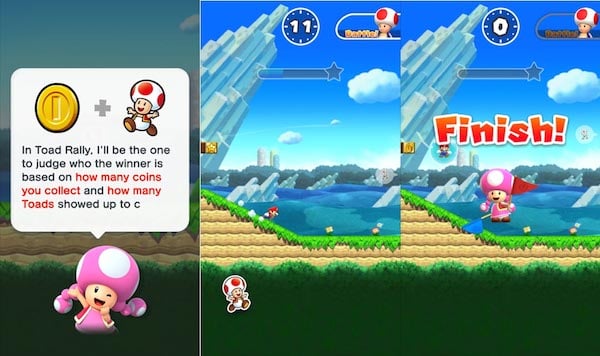 The problem, however, remains the same. Super Mario Run does not give you the sort of thrill or rush that a Temple Run or a Subway Surfer does. Yes, old timers like me will feel a sentimental tear blur their gaming visions as they see Mario’s iconic figure dash across levels, but within a few minutes, the irritation that he is doing way too much on his own will see you rubbing the sentiment away!

Super Mario Run is not a bad game by any means. The problem is that all of us expected it to be nothing less than a great one.

You see, hype is a dangerous thing…

Was this article helpful?
YesNo
TechPP is supported by our audience. We may earn affiliate commissions from buying links on this site.
Read Next
Voila AI Artist: Cartoon Yourself with the Power of AI
#app review #Super Mario Run