In terms of phone sizes, 2016 was definitely a bit of a mixed bag. While on the one hand, we had the likes of the Galaxy S7, the Xiaomi Mi 5, the Google Pixel and of course, the iPhone 7 to prove to the world that a phone did not have to be colossal to grab market share, the year also saw some really large devices, most notably Xiaomi’s Mi Max and Lenovo’s Phab series of phones, and even as the year drew to a close, Asus threw another massive device into the mix – the Zenfone 3 Ultra. 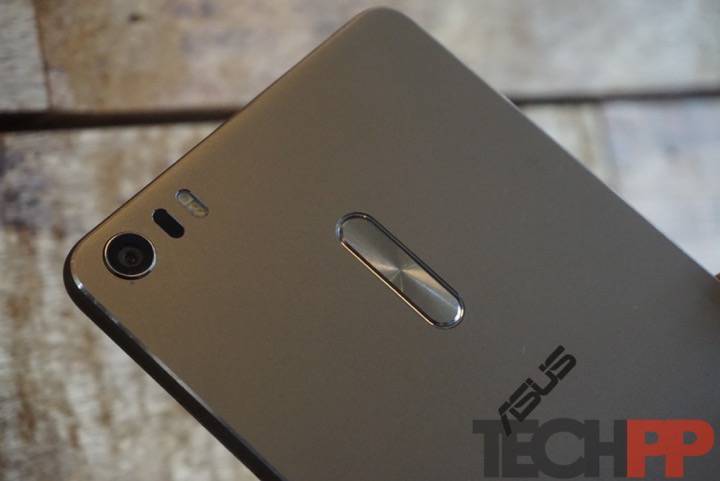 And well, it is easily the largest high-profile device we have seen this year. Yes, it is actually bigger and heavier than the device we had called The Hulk, the Xiaomi Mi Max. Whereas the Mi Max was 173.1 mm long, 88.3 mm wide and tipped the scales at 203 grams, the Zenfone 3 Ultra is 186.4 mm long, 93.9 mm wide and weighs a “healthier” (as per Indian standards, where more is better), 233 grams. Yes, seen from the dimensions perspective, this is a biggie all right. You can call the Zenfone 3 Ultra many things – one thing you cannot is “petite.”

Which is all the more reason why Asus needs to be complimented on its design. For, while most people’s reaction to other phablets has been to comment on their size, most of those who saw the Zenfone 3 Ultra initially commented on how good the device actually looked – even our Feature Writer who was inspired by it to write an open letter to phone manufacturers about ballooning phone sizes, was initially moved to say that it was “beautiful.” And that is because, well, the Zenfone 3 Ultra is perhaps the most beautiful big screen phone we have seen, the best perhaps since the black edition of the glass front and backed Xperia Z Ultra from Sony a few years ago. 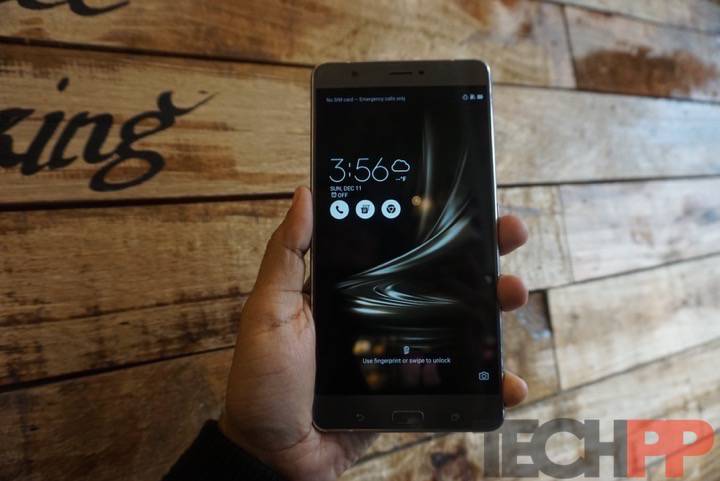 Asus has managed to keep phone an amazing 6.8 mm thin – yes, that’s actually thinner than the iPhone 7 (7.1 mm). And the phone has a distinctly premium feel to it. The front of the phone is totally about the 6.8 inch display, above which is the earpiece and 8.0-megapixel camera, and below which are three buttons – two of these (menu and recent apps) are touch, while the third, which is the Home button and is shaped like an elongated oval with metallic outlines (Samsung style), is actually a hardware button and also houses a fingerprint scanner.

The sides curve out gently and are bordered by chamfers that shine elegantly. The base has the USB Type-C port flanked by speaker grilles, the top houses the 3.5 mm audio jack (no, Asus seems in no mood to do away with it), while on the right are power/display ports and the slots for the SIM cards (one of which can be used alternatively to store a memory card). The back is smooth metal with no antenna bands – something Asus has taken great pains to stress, claiming that its “world-class engineers pursuit of perfection and technical prowess” has integrated the antennas in such a manner so as to make them invisible. Adjectives apart, we think they did a good job – the smooth flat metal back is a very class sight. On it are the camera, dual tone flash and laser unit…and surprise, surprise, the volume rocker, which can also double as a camera shutter, something Asus had introduced in the ZenFone 2 in 2015 but had seemingly abandoned.

The flat front and back, the chamfers, the plain metal back and the slightly outward curved sides all add up to a very good looking device. But they also hide some very odd design decisions – the volume rocker on the back is difficult to reach in normal usage of the phone and we would have also preferred a more “reachable” power/display button on the side. Both decisions are odd when you think of the sheer size of the phone – I have rather large hands and found it rather difficult to reach the volume button on the back even when holding the phone in both hands! Yes, this is a beautiful phone in terms of design, but we would have liked some brains in design terms too (dedicated camera button, anyone? They are such a must in these phone-y mammoths).

Smart but not spectacular innards

Within that beautiful and well-crafted (if large and ever so gently overweight) frame lies some hardware that is to be brutally honest, not as spectacular as the phone’s appearance. The 6.8-inch display is a bright one but some might be disappointed with its being a full HD rather than a quad HD affair, especially when you consider the device’s price tag. Similar sentiments are likely to be expressed about the processor within as well – the Qualcomm Snapdragon 652 processor has won good reviews for its performance in mid-range devices but is not really what you would expect in a phone that is as expensive as this one. The rest of the specs are much more respectable – 4 GB RAM, 64 GB storage (expandable provided you can do without one of the two SIM card slots), 4G, Bluetooth, Wi-Fi, GPS, dual speakers, 23.0-megapixel rear camera with OIS, 8.0-megapixel selfie camera and last but not least, a massive 4600 mAh battery, with support for Quick Charge 3.0. On top of all this is Android 6.0, with Asus’ ZenUI running on top. 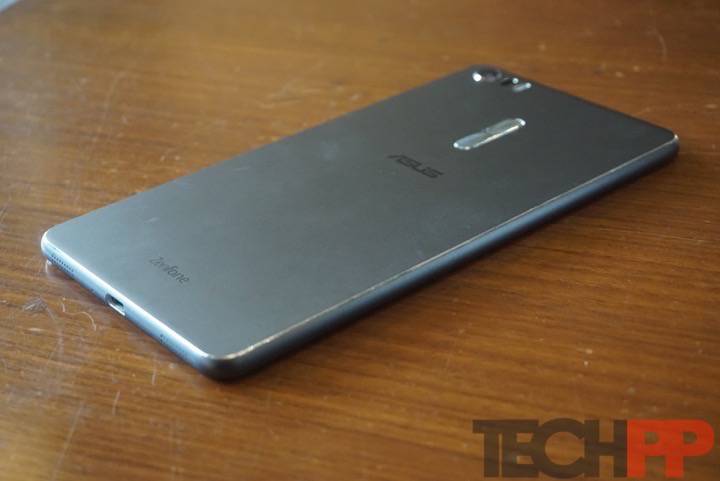 In the day and age of devices like the OnePlus 3T and the Xiaomi Mi 5, it is a spec sheet that will come under fire. Yes, it is by no means anything to be ashamed of but a lot of people are going to say “I can get a device with a Qualcomm Snapdragon 820 chip for much lesser.” Answering them is the challenge facing the Zenfone 3 Ultra.

A multimedia monster… with a monstrous UI

And credit where credit is due – the Zenfone 3 Ultra answers them with a few aces of its own. No, do not expect earth-shattering in terms of benchmarks from it – the Snapdragon 652 is not a number cruncher in those terms, although it can handle most tasks with a degree of ease (you might encounter the odd lag in HD games, but for the most part, the experience will be smooth) – but when it comes to multimedia, this is a device to be reckoned with.The 6.8 inch full HD display is on par with the best we know and claims to have placed a “4K TV-grade image processor” in it. Whatever it is, it certainly works – viewing videos and games on the display was an absolute pleasure. Complementing it is some superb sound. Asus has definitely turned the corner when it comes to audio in the Zenfone 3 series. We had loved the audio on the Zenfone 3’s headphones and when it comes to the Zenfone 3 Ultra, the dual speakers come to the party as well. The result is a phone that churns out classy visuals as well as sound, and there are not too many that excel in both departments these days. Many were the times when we started watching a video on one device and switched over to the Zenfone 3 Ultra simply because we knew we would get terrific video and audio. 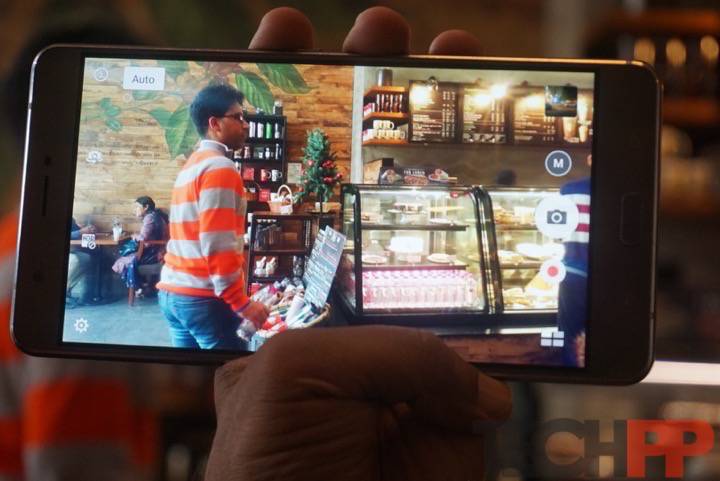 Another area where the phone does surprisingly well is in the camera. The 23.0-megapixel camera takes some very good shots in good light conditions and although we were not too impressed by its low light performance, it still remains the best camera we have seen in a device that has a display of over 6.0-inches. Those used to eye-popping colors might feel a little letdown but those who value detail will certainly not. The front-facing camera does a decent job too. Asus has thrown in a number of controls and tweaks to let you do more with the cameras if you have the time. 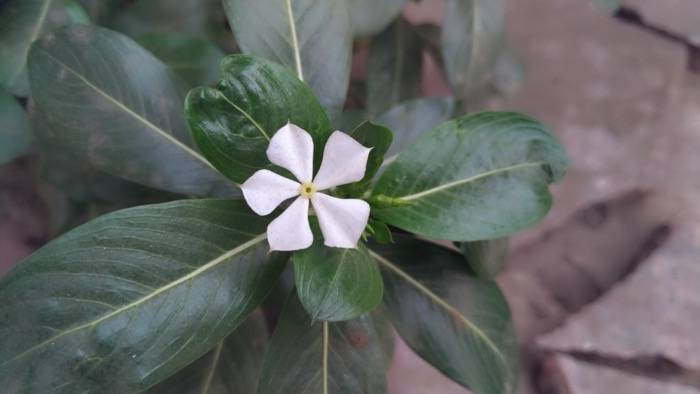 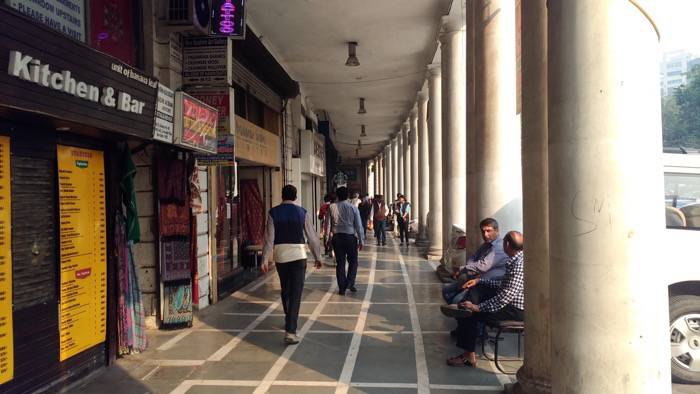 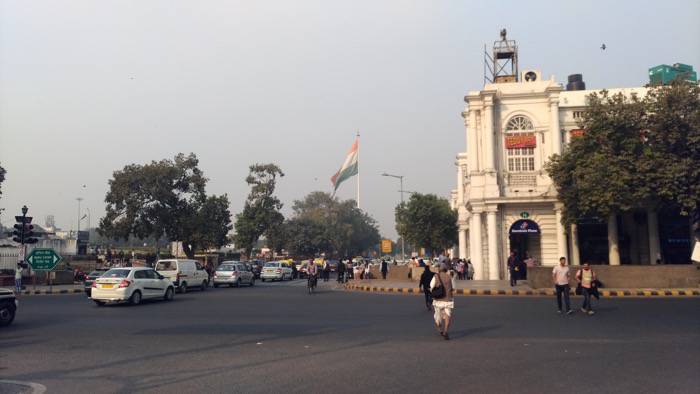 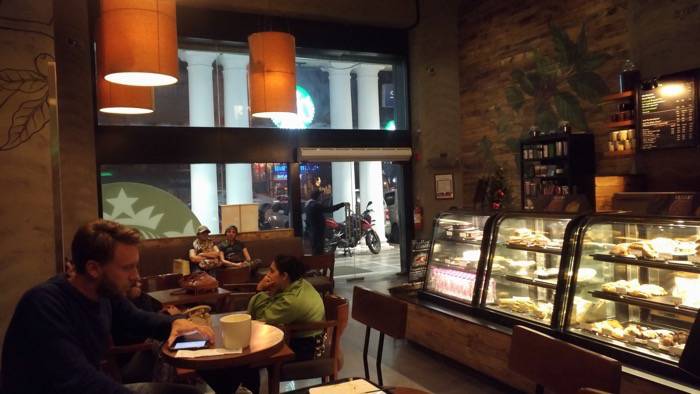 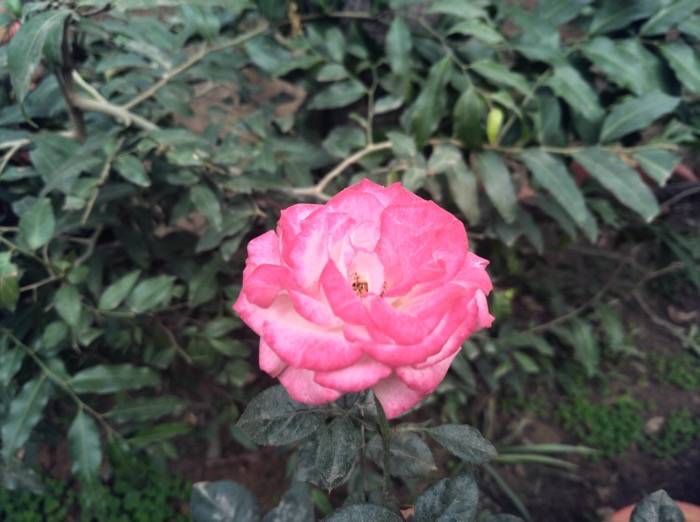 Which brings us to the UI itself. Yes, it is called ZenUI, but it does seem rather crowded and clustered. There are several preloaded apps and while I myself am not a fan of the barebones approach advocated by stock Android lovers, this is a bit much by any standards. To be fair, the UI runs smoothly enough and never lags, but it does get very overwhelming, even on a display this large. Asus has also placed support for gestures (tap to wake the display is really handy given how difficult it is to reach the power/display button) and a one-handed mode, which gets activated when you double tap the home button, but we really would trade both for a simpler UI. We were also surprised to see no split screen mode – with such a large display, that would have indeed been handy.

Call quality on the device is good, although we did struggle to take calls easily, thanks to its size. And battery life is a comfortable two days – not as good as the Mi Max, but we also suspect that the fact that we used this phone to watch more videos than any other mobile device might have something to do with it. Careful nursing should get you close to two and a half to three days.

Conclusion: Just the ticket for those who love the movies!

It scores heavily on multimedia, battery and design, but the fact is that the biggest stumbling block for the Asus Zenfone 3 Ultra is likely to be its price of Rs 49,999. That is more than the Samsung Galaxy S7 at the time of writing and well above the likes of the OnePlus 3T, Moto Z Play and the Nubia Z11, all of which can compare favorably with it in terms of specs and performance in most regards. One area where the Ultra holds its own is in its role as a pocket theater, thanks to that display and sound with the battery chipping in to ensure that your videos go on for a while. And yes, it is also very good looking indeed. If you are looking for a large display device on which to watch videos and films and have no budget or benchmark worries, this is the device for you. Indeed, we would vote it ahead of all Android tablets in the market out there, although some might wish for split screen functionality to run apps side by side. The problem for Asus? At the price point of the Zenfone 3 Ultra, budgets and benchmarks do come into play. The Zenfone 3 is a handsome device, if not a particularly handy one (to paraphrase one of my colleagues), and it does have its strong points, but it has its task cut out trying to convince users about the importance of those two most basic senses – sight and sound.

Was this article helpful?
YesNo
TechPP is supported by our audience. We may earn affiliate commissions from buying links on this site.
Read Next
Skullcandy Mod Review: Betting on doing the basics well
#Asus Zenfone 3 Ultra #review