Lenovo has showcased a yet to be named VR headset that works with Microsoft’s Windows Holographic platform. The headset is made up of two 1440 x 1440 OLED display panel which is a higher resolution than the Rift and the Vive. However, Lenovo has just showcased the prototype and despite being not fully functional yet it does give us a glimpse at what we can expect. 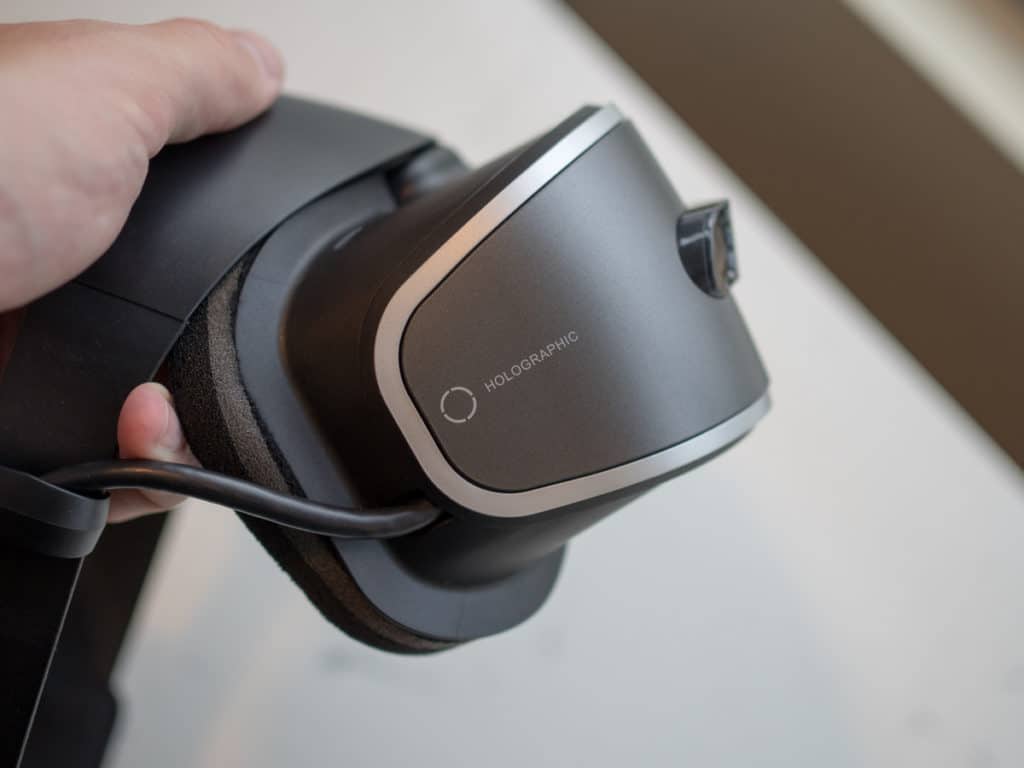 Lenovo will not be bundling controllers for the headset and will be depending on third-party accessories that will be manufactured in accordance with the Windows Holographic specifications. Also, Lenovo didn’t mention how the tracking works since the headset doesn’t come with external cameras, I presume that it will use inside-out six degrees-of-freedom tracking. Furthermore, the company claims that all the Windows Store application will work in a floating mode and it is likely that a handful of applications will be ported to better its support for HoloLens.
The headset comes studded with two cameras on the front and this opens up the possibility for mixed reality being offered as a standalone feature on the headset. Lenovo Headsets will also be able to project virtual objects into the real world and the object will be able to map the surroundings. Microsoft has earlier announced its partnership with Oculus, HTC, Lenovo, Asus and Acer for the VR headsets with Holographic abilities.
Lenovo says that the headset will be priced between $300 to $400 and will be relatively smaller as opposed to the other PC tethered headsets including the Oculus Rift and the HTC Vive. The Lenovo Headset is expected to weigh around 350gms as opposed to the Vive’s 555gms. The headset also seems to score high on ergonomics since the lens is blended within the headset body instead of being placed with the help of a strap. Microsoft, on the other hand, is bullish on its VR endeavors and is expected to create an entire VR ecosystem including the content for its Holographic headsets.