The inevitable has finally happened. The Finnish smartphone giant – Nokia, after living under a rock for a long time, has returned with a new handset in collaboration with HMD Global. It’s called the “Nokia 6” (we can question the naming later) and it will be exclusively in China, unlike previous rumours which pointed at an India launch too. 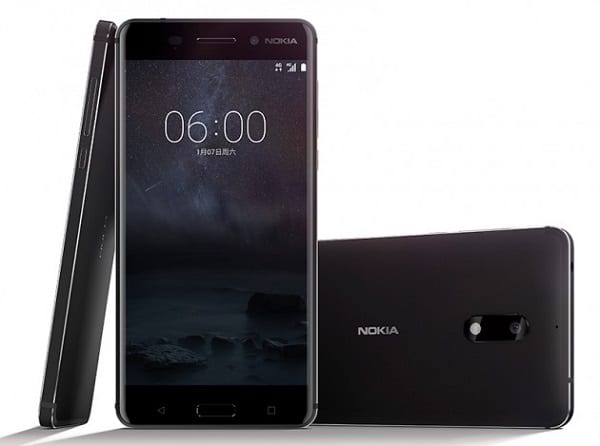 For starters, the new Nokia 6 is powered by the latest Android Nougat operating system and features an aluminium unibody design which is a big deal according to HMD as it takes “55 minutes to machine a Nokia 6 from a block of 6000 series aluminium”. There’s a Full HD 5.5-inch panel up front that is protected by 2.5D Gorilla Glass and underneath, a Snapdragon 430 octa-core processor keeps things running along with 4GB of RAM, 64GB of inbuilt storage which supports microSD cards of up to 128GB capacity, Adreno 505 GPU, and a non-removable (sigh) 3,000mAh battery.

As far as optics are concerned, Nokia 6 sports a 16MP rear shooter with an aperture of f/2 with a 1µm sensor, phase-detection autofocus (PDAF), dual-tone LED flash, and an 8MP 1.12µm sensor with a f/2 aperture. Furthermore, there are two capacitive buttons on the front and a physical home key which also houses the fingerprint sensor. There are two speakers, one on the top and other at the bottom edge, both of which also support the Dolby ATMOS standard. Fortunately, there’s a standard 3.5mm headphone jack, smart dual amplifier chips (TFA9891) offering 6dB louder sound, a rather disappointing micro-USB port, and a dual-SIM slot.

As of now, though, the Nokia 6 will be limited to China’s borders and is priced at 1699 yuan (US$ 245 / Rs. 16,740 approx.). It will be available to purchase from JD.com in the first half of 2017 in black color. While the return of Nokia smartphones is surely delighting, situations will be relatively different this time such as the company doesn’t have access to its extensive range of service centers anymore which is considered one of their most paramount benefits. It will be interesting to see how Nokia combs through the past and revitalise its position in the market.

Commenting further on the launch, Arto Nummela, CEO, HMD Global stated, “Just a short while ago we announced the launch of HMD Global. From the outset, we have stated that we intend to move with speed to establish a position as a player in the smartphone category and create products that truly meet consumer needs. The Nokia 6 is a result of listening to our consumers who desire a beautifully crafted handset with exceptional durability, entertainment and display features.”

Was this article helpful?
YesNo
TechPP is supported by our audience. We may earn affiliate commissions from buying links on this site.
Read Next
How to Use Android Phone as Webcam for PC
#android #china #HMD Global #Nokia 6