How to Unsubscribe from Spammy Newsletters in Bulk

Since last two years, I was pondering over on how to purge my Gmail and free it of the newsletters and Spam. It’s more than a decade since I am using the current Gmail address and just like most of the other old things my inbox is overflowing with junk. Deleting the emails one-by-one would definitely translate into days of futility and that lead me on the quest for services that would help me accomplish the same. Cleanfox is one such tool that promises to clear up your inbox junk and will also let you unsubscribe from those stubborn newsletters. 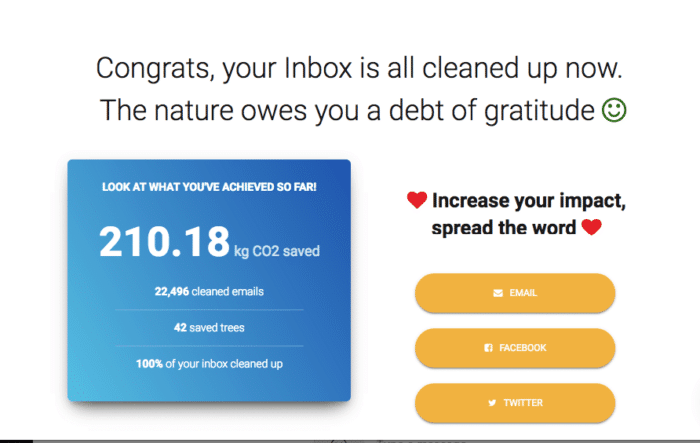 Cleanfox also lets you know the open rates for each email letter which will help you figure out whose email you read less or ignore completely. The best part is that Cleanfox is compatible with every mail provider while the developers will be proactively expanding their email provider list. The caveat here is that you need to give complete access to your inbox and this can be unnerving for some. Just to play safe I tried out the Cleanfox with my secondary email address and the results were impressive. 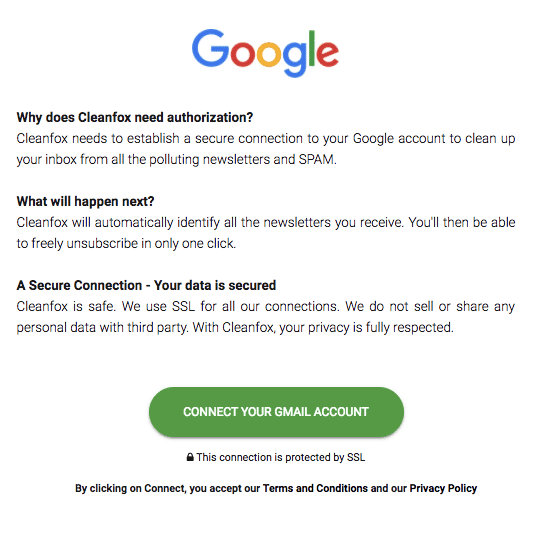 Unlike most of the other tools, the Cleanfox needs no installation and can be used across multiple platforms. At this juncture, the service supports Gmail, Microsoft, Yahoo, iCloud and AOL. Once you head over to the landing page select your email service. Cleanfox uses an SSL for all its connections and promises of not sharing personal data with the third party, again if you are apprehensive about this try it on a sparingly used email address before trying it on your primary account.

Cleanfox will ask you for nearly all the permission including the one to ‘View and manage your mail.’ That said you can always revoke the permissions once the purging is done. Once this is done the service will scan for newsletters and spams, all of this takes anywhere between a couple of seconds to a minute. 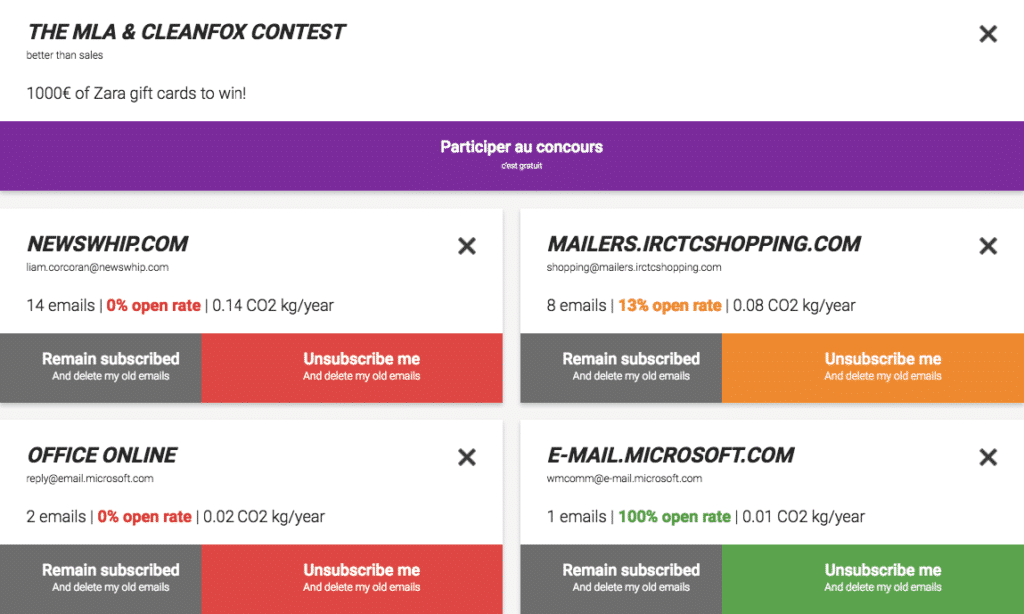 The service shows the number of junk emails you can delete and in my case, it was more than 20,000. I knew that this junk was hiding in my inbox but Cleanfox brought it to the forefront. It is worth mentioning that what Cleanfox does is that it populates the list of newsletters and services you are subscribed to and also the open rate for each of the service. The C02 indicator that shows the carbon footprint for storing this junk is yet another clever touch. I never realized that I could save the Planet Earth by purging my inbox and good heavens I ended up saving 6.24KG of CO2 every year, without even getting up from my desk!

In a nutshell, if you want to get rid of all those lousy newsletters and spams once and forever the Cleanfox comes in handy. The feature to unsubscribe manually from each newsletter is life-saving and hopefully will unsubscribe me from the newsletter for eternity. So what the Cleanfox does in the background is that it sends mail to each service asking them to stop sending newsletter while this has worked with a majority of the mail providers it failed to work with some. Also, the emails don’t get deleted from your inbox immediately and takes a couple of minutes. In the meanwhile, your Gmail may stop working for some minutes and that’s perfectly normal according to Cleanfox. With all the junk gone I recovered several gigabytes of cloud storage that was previously held hostage by the junk emails.

How to unsubscribe from emails - Inbox Decluttering done…
How to Bulk Resize Multiple Images on Windows for Free
How to Install Mac Apps in Bulk Using macapps.link