[Ad Face Off] OnePlus 3T vs Moto Z: When Love and Lust Collide?!

At TechPP, we have done our share of face-offs between many devices. Some of them succumbed to the pressure of battle while some survived and became legendary. But all along it has mainly been about devices. Today, we want to add another page in the book of battles because, well, why so ever not? This face-off will be a little different. There still will be a battle between two contenders. And contenders from a different league. Today the face off will be between two ads. Tech ads for phones. Both revolving around one idea — Love. 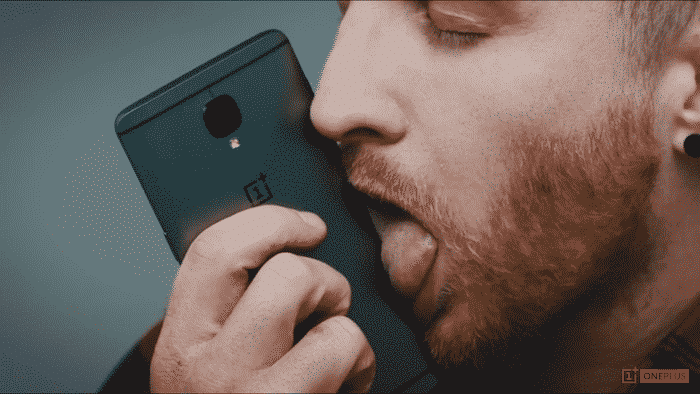 2016 saw the launch of two very powerful smartphones, the OnePlus 3T and the Moto Z with Mods. While 2016 saw the launch, 2017 is witnessing their ads. OnePlus recently released an ad for the OnePlus 3T titled, “Who do you love?” On the other hand, Moto also released an ad for Moto Z titled, “Always running out of juice? Move on to Moto Z + Moto Mods,” but which one out of the two is going to really hit it out of the park? Read on to find out…

Amongst the two ads, we think we should start with the sane one and should keep the surprise/shock element for later. The first ad is about the Moto Z and the Moto Mods. Moto (or rather Lenovo), took the phone business one step forward by introducing the Moto Z. It is the best modular phone we have seen so far and to get the smartphone in the spotlight, the company has launched a new ad titled, “Always running out of juice? Move on to Moto Z + Moto Mods.”

The ad is short and crisp. The 30-second ad starts with a young gay couple sitting on a couch in front of a middle-aged lady who is their therapist. One of the partner out of the two starts complaining about feeling frustrated and how “that” thing is little and always running out of juice while the other partner is feeling embarrassed and trying to shush his partner in front of the therapist. The first person then asks his partner to show her “that” and the therapist gets a little uncomfortable and asks them not to. But the person gets up and takes it out of his trousers anyway – no, not a very discreet segment of the human anatomy, but a phone.

You can almost sense the relief on the therapist’s face (so much “thank god!”). The first person again says, “see, it is always out of juice and that is when he charged it this morning” and asks the therapist what they should do. The therapist looks confused and puzzled and suggests that they should maybe buy a new phone. The couple just brightens up at the idea. Then a voice over says, “move on to Moto Z saying Hello Moto” with signature music in the background.

What we think: It is so much more than just juice 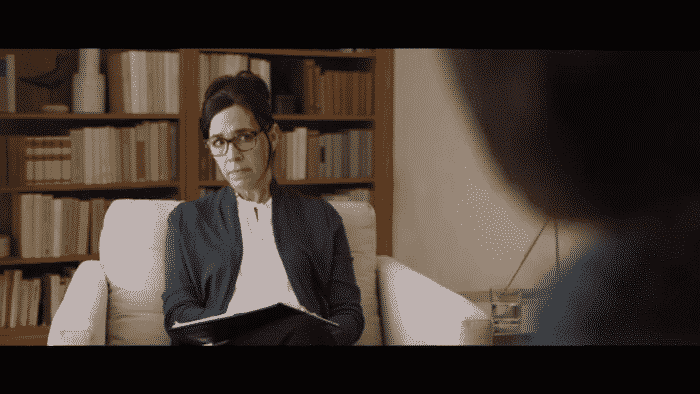 The ad is shot in a very well lit setting and is short but unlike many mainstream ads which just go on and on about the product and its USPs, Moto has taken a different road and has left the product reference to the very end. We totally loved the subtle (if slightly risque) humor appeal that the company has used in the ad. While we are talking about the nonmainstream aspects of the ad, the new Moto Z ad also breaks stereotypes as instead of going with regular couples, the ad features a gay couple.

The 30-second ad very skillfully has managed to poke fun at its competition in the market, many of whom are facing battery issues. Another thing which we really like about the Moto Z ad is the fact that is just so simple – what can we say, we have been fans of simple ads. It is not too heavy on the head and builds and ends a story in merely 30 seconds. If that is not genius then what is? There is very low-key background music in the ad which does not overpower the copy. There are no extra elements that would distract the viewer and although the ad does not talk much about the product until the very end, but it very subtly delivers the message.

Now that we are done with our first ad, let’s get to our next contender. This ad came around just in time for Valentine’s day. And just as it begins, it straight away puts in your face “to get what you really want” on V-day. The one-minute-thirty-second ad (one minute longer than the Moto Z ad) is titled, “Who do you love?”

This one ad has got a lot of copy and unlike the first ad which is focused on the story of a single couple, we in this ad witnessed a little too many people. All these people of different sex and age groups are on the screen for a few seconds where they all utter sentences that are laden with sexual innuendo. So “adult” is the copy that we even really got confused at one stage if we were looking at the right ad or not.

The setting remains black and white for a while where these different people are looking into the camera and are appreciating something while looking straight at the screen. There are seven different people; some women, some men trying to explain how much they really “love” this one person and what all things they would like to do with this one person. But just when we thought the camera would turn to this one “person”, just like the Moto Z ad, things took a slight U-turn and the camera shows the OnePlus 3T.

The phone comes to light and all of a sudden the ad which was already moving pretty much on the adult road moves on to another level and all these people start kissing and licking the phone (we have highly censored this) and the black and white screen gets colored. The background music takes over and the ad takes on overtones that seem very close to an A-rated movie. An A-rated movie where the phone is the lead. Yeah, right!

The people in the ad go about licking and kissing and biting and smelling the device so much so that after awhile it got really really (we are stressing on “really”) over the top. And after these people were done with whatever they were doing to the phone, the screen goes blank and a hashtag appears which reads, “#LickOfLove”. the screen stays for a few seconds and then one of the people opens his hair, trying to look sensual (we so stress the “trying”) and shakes his head, breathes heavily and says, “so much RAM”. To repeat what we said a para ago: yeah, right!

What we think: Who do we love? Not this ad! 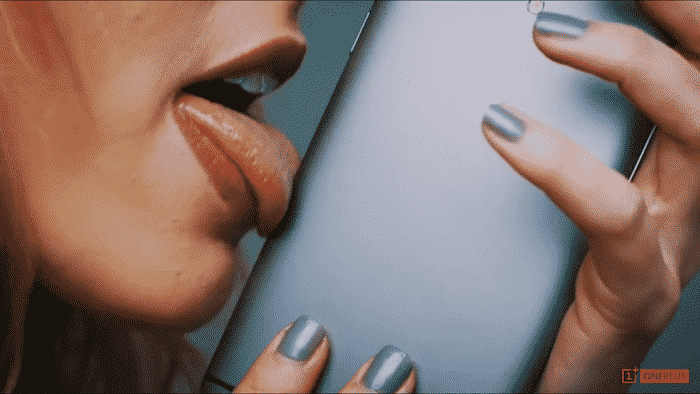 For a few seconds in the beginning, just like the Moto Z ad, we do not think, anyone could have guessed what the ad was about until the phone came on to the screen. We really like the smooth transition from the black and white to the colored setting. The actors chosen did justice to their roles but we still think the ad was taken a bit too far.

We did not dislike the idea and using sexual appeal when it comes to smartphones is definitely one different perspective, but somewhere we think the company lost the plot a little. To be honest, the OnePlus 3T is a good device but people, it certainly is not built for kissing, licking, smooching and smelling (we think! Heck, if it was, they would have made it water-resistant at least).

Now, the OnePlus 3T is not water resistant and there are some theories which claim that your smartphone can be dirtier than a toilet seat, so good luck with all the kissing and licking (did we put you off lunch? The ad did!).

We think the product should have been in the spotlight for a little while longer, at least. The people talking to the camera in the initial copy tried to highlight the plus points of the OnePlus 3T like an “older” lady calling it a beast, signifying the Qualcomm’s latest Snapdragon 821 and then there is one middle aged person who talks about the 30-minute dash charging of the device. But for the most part, the ad talked more about the beauty of the smartphone than the actual high-end features which are under the hood. Although we do not think that OnePlus 3T is a bad looking device but it is not a stunner (hey, we think the Honor 8 sapphire blue beats it in that department), which is why we think putting the beauty aspect in the spotlight was not fair to the features inside the smartphone. 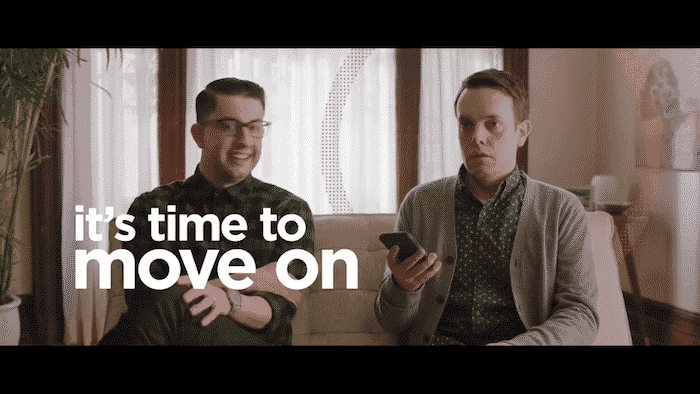 Well, the two ads have some things in common. First things first, both the ads are more focused on the copy and secondly, both try to show something else in the beginning and then attempt to surprise the viewer in the end. The idea of love in one case, while a lot more than just love in the other case was visible in the two ads.

Moto used subtle humor tone to advertise the Moto Z while OnePlus went close to the adult side of things. Both ads cleverly built the suspense and then hit the audience with the product, but we think Moto Z gets points for being subtle, simple and humorous. Now we know it was deliberate but there generally is a fine line between style and smut, which Moto kept in mind and delivered an on-point ad, whereas we think the OnePlus 3T ad well, pretty much erased the line altogether!

Both the ads did not really put the product in spotlight for too long but even though the Moto Z ad was considerably shorter than the OnePlus 3T ad, it managed to highlight both the phone and the Mods, while in the OnePlus 3T ad, there were a little too many “distracting” elements for one to focus on the product.

We think we have a clear winner in this face-off. We do not feel there is even a remote reason to rethink on the decision cause (drum rolls please) the Moto Z wins it by a mile simply because we loved the way it very smartly takes a dig at its competition, and while we do love our phones but licking and smooching phones is just not our idea of a great ad.