Built in association with Xiaomi-backed Yi.

Google’s new VR camera is a 17-camera unit that is capable of capturing 8K x 8K stereoscopic 360-degree footage at 30fps and also 6K x 6K content at 60fps. The camera rig has been built in collaboration with the Chinese Hardware company Yi, which is backed by Xiaomi. The Stereoscopy feature helps in enhancing the illusion of depth and thus add a layer of reality to the video. 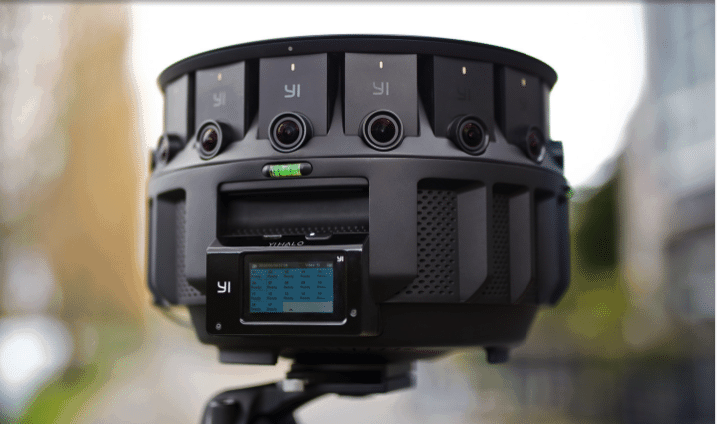 With the exponential rise in 360-Degree and VR content, it is a no-brainer for Google to come up with such an advanced VR camera rig. By the way, this piece of imaging marvel doesn’t come cheap and will leave a void of $17,000 in your bank account.

The 16 cameras are arranged along the periphery in a circular manner and all of these can be managed via the Android companion app. Furthermore, the camera rig also offers a touchscreen that displays stats like SD card capacity and battery indicator. Google has also launched the Jump Start program which aims at filmmakers and content producers create VR content. The filmmakers will be given access to the Halo and Jump Assembler software in order to create 360-degree movies. Google is open to giving out this tool for more than 100 people provided you fill out the form and apply here. 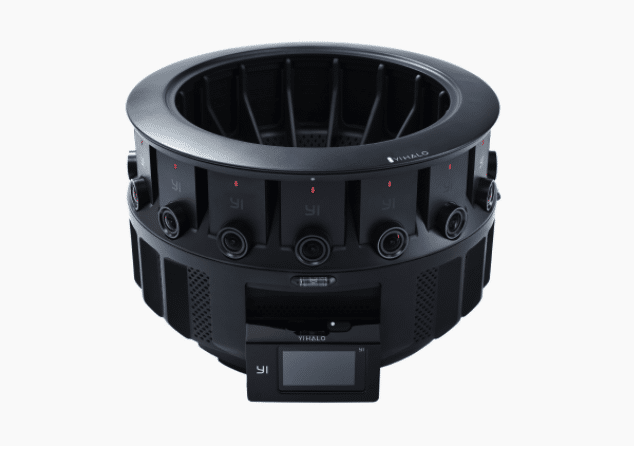 That being said, the 360-degree cameras have been pretty expensive. For instance, the Nokia Ozo camera costs $40,000. The choices are not limited and one can also choose between the recently launched GoPro Fusion for action footage and the other VR rigs out in the market. Moving on, the Yi Halo will be available in Summer and one can buy it on their website.

Interestingly, the announcement regarding the Jump program and the Yi VR camera comes a week after Facebook announces its x24 and x6 VR camera both of which are capable of creating 3D content allowing the users to explore the same in six-degree of freedom.

Google For India 2019: Everything Announced (Pay, Assistant,…
Lenovo IdeaPad Slim 5i Review: Slim in its Name, Strong at…
Huawei sells its Honor smartphone brand in a bid to ensure…
Kent CamEye Homecam 360 Review: Stay Connected with Your…
Moto 360 third-gen with Snapdragon Wear 3100 and WearOS…
OnePlus showcases its Concept One with Invisible Camera Tech