Not everyone wants or needs a powerhouse that is built into flagships but what many yearn for is something that looks just like a flagship but a decently powered offering that would last them for a year or two, and still not breaks their bank by much. And that segment of smartphone users is growing. Making the most of this trend are companies such as Samsung (with their A series) and few others with their “Lite” series. Honor 8 is a double eyed shooter and for those who prefer something “Lighter”, Honor 8 Lite is what the company is offering. While we deep dive into how the one-eyed cousin differs, we give you a glimpse into what we have seen so far. 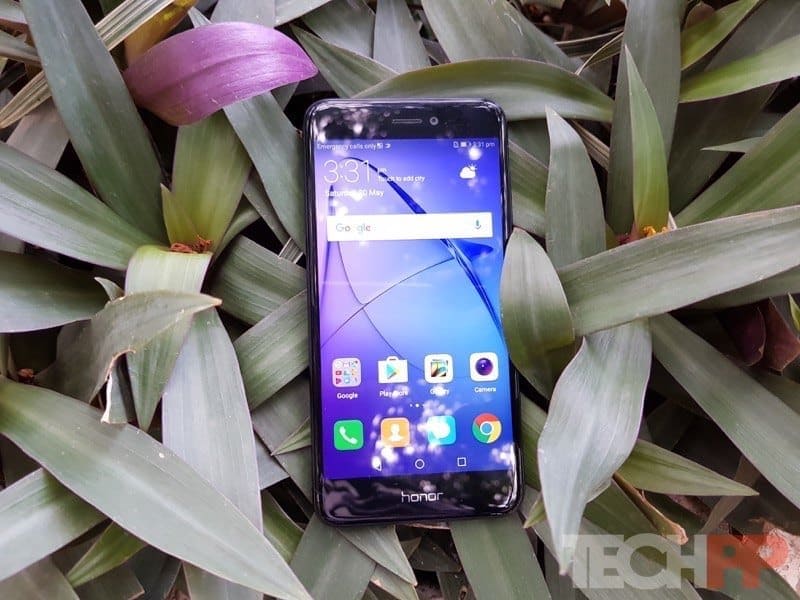 Nothing really is spectacular with the design, but the build has lots of glass in it. Neatly rounded edges throw in some elegance, helping the phone shooting for a style statement with its premium looks. With a thickness of 7.6 mm and weighing 147 grams, the phone fits well into your hands though it could’ve been more comfortable if only it had a shorter chin and shoulder, with the former holding the Honor branding on it. The power button and the volume rockers are positioned on the right side and are very clicky with their plastic build. Up top is a 3.5 mm audio jack and on the left side is a hybrid sim tray that can take in two nano sims or one sim with a maximum of 256 GB micro SD card. MicroUSB port and a duo of speaker and microphone occupy the bottom. Turn the phone onto its back, and you will be instantly reminded of the Google Pixel – the primary camera with a LED flash and a circular fingerprint scanner below it are well positioned. The glass build is hungry for fingerprints, and the rather cheap feel of the plastic-ish frame around the phone denies the Honor 8 Lite an entirely satisfactory premium feel.

It is understandable why Honor has kept the dual cameras exclusive for the bigger cousin as it would dilute the case for a flagship if made a standard in its family. The Honor 8 Lite buyer is mostly going to be happy as long as the phone captures good images and not someone who’d zoom into the last detail to nitpick things or wants to try too many things. With the style it brings and the price range it is offered in, it lands in the basket of Vivo V5s, OPPO F3, Lenovo Z2 Plus, Gionee A1, Samsung J7 Prime and so on where the focus is more on the build, design and mostly selfies. 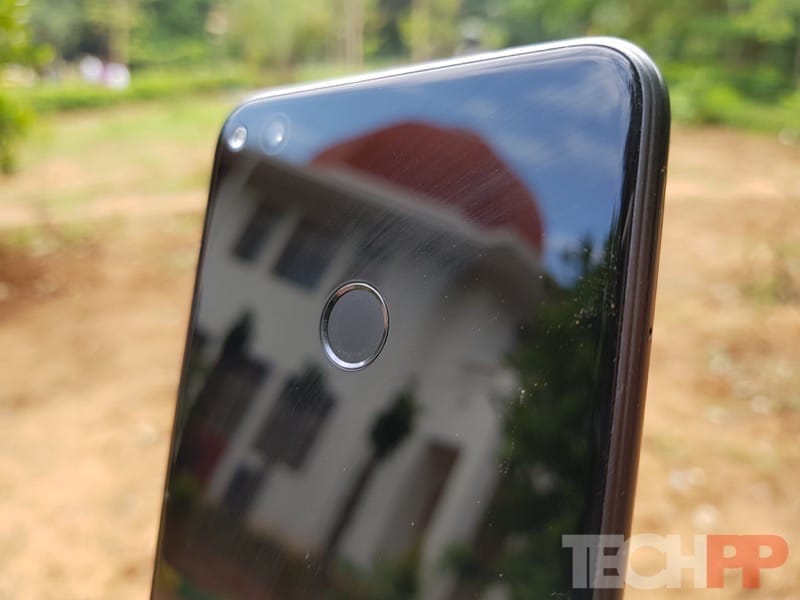 Given that Honor flagship series has earned a healthy respect with its well evolving Emotion UI, version 5.0 this time around that is built off Android Nougat (a version that not many are on yet) and reliable in-house processors, HiSilicon Kirin 655 Octa-core processor clocked at 2.1 GHz, the Honor 8 Lite, we believe will come out as a strong contender for the top 3 in its price range at the moment, in the all-rounder category. With 4 GB of RAM and 64 GB of internal memory, the specs should satisfy most of the users, on paper at least. Our initial experience tells us it’s “snappy”. 3000 mAh battery should be sufficient for a 5.2-inch screen phone with 1080p resolution packing 424 pixels per inch. The screen is slightly reflective, but we will find out when we bring it out in several other conditions.

The 12MP f/2.2 aperture camera on the rear comes with a flash while the front camera is an 8 MP f/2.0 aperture wide angled shooter. With feature rich camera app the Honor 8 Lite in our initial clicks did capture some good ones, and we are curious to see how it fares in the full tests that we run it through. 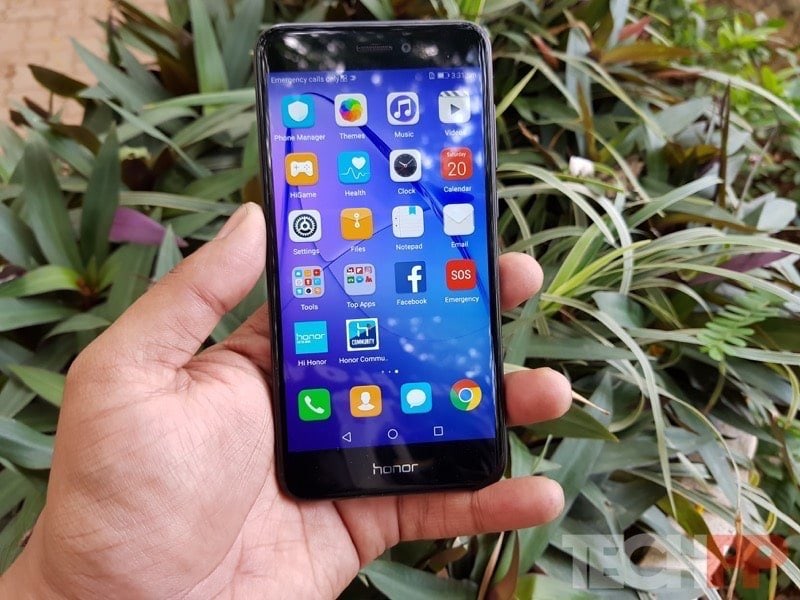 The Honor 8 Lite is priced at Rs 17,999 and seems to have got most of the design and build right for what it’s worth. It has got a combination of things under the hood that will not disappoint anyone and a screen that is handy, a rarity these days. Will the performance of the HiSilicon Kirin 655 stand the test of time? Will the camera performance come close to what the Honor 8 offered? How are the selfies going to be? How does the build stand the test of time? And many more questions we will try to answer in our full review. If the answer to most of this is yes, then we may have a good all rounder in our hands, and boy are we curious to find out just like you!