Huawei can stake a claim to being among the pioneers in the dual camera phone business. Its Honor 6 Plus was one of the first major dual camera devices. And ever since, the brand has come out with some very good dual camera snappers, from the high-end P9 and P10 and the Honor 8 to arguably the most affordable budget dual camera devices out there, the Honor 6X. So expectations from the latest dual snapper from the brand, the Honor 8 Pro, have definitely been on the higher side. Not least also because the device itself has found itself going toe to toe with another dual camera worthy, the OnePlus 5 (to find out how THAT went, click here.) 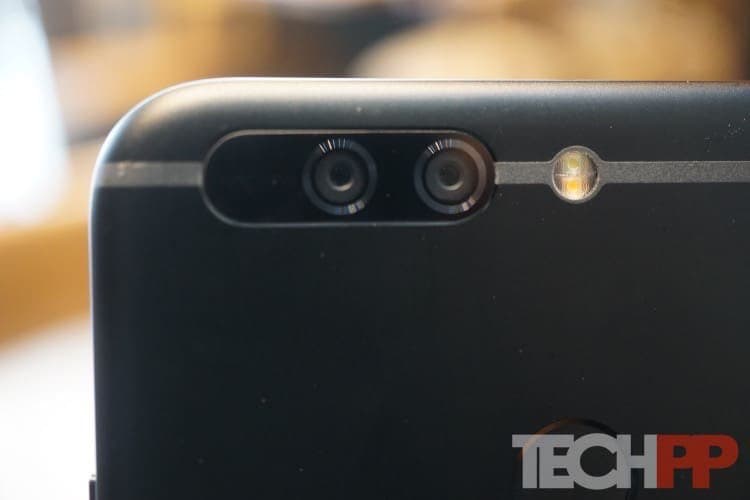 Well, seen in pure hardware terms, the dual cameras do not seem to be a massive step forward from last year’s Honor 8. Like that device, the Honor 8 Pro comes with two 12.0-megapixel cameras on the back, one an RGB one and one a monochrome one. The aperture size is f/2.2 (which now seems a little on the smaller side, given that sub f/2.0 seems to be the rule) and phase detection auto focus and laser auto focus. Pretty similar to the Honor 8 then. 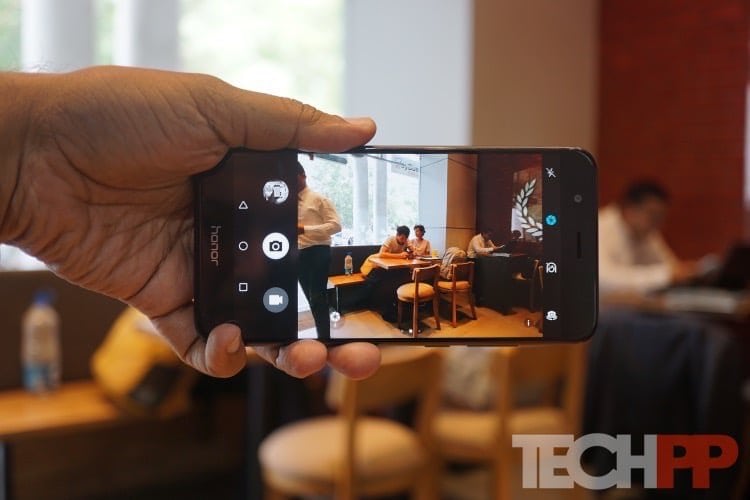 Which honestly is not really a bad thing because the Honor 8 was quite a good performer. No, it was not quite in the league of the more hyped P9, but it pretty much held its own as a good camera phone. And that is exactly where the Honor 8 Pro comes in too. It does not sport the sort of camera that will make eyes pop, but will seldom let you down – shades of the camera on that device from Cupertino. The hardware might not seem too exceptional on paper when compared to its great rival, the OnePlus 5, but the sheer consistency of its performance makes it stand out. The dual cameras capture detail impressively and render colors realistically, without too much of the oversaturation that is almost traditional in many brands from the land of the Great Wall. 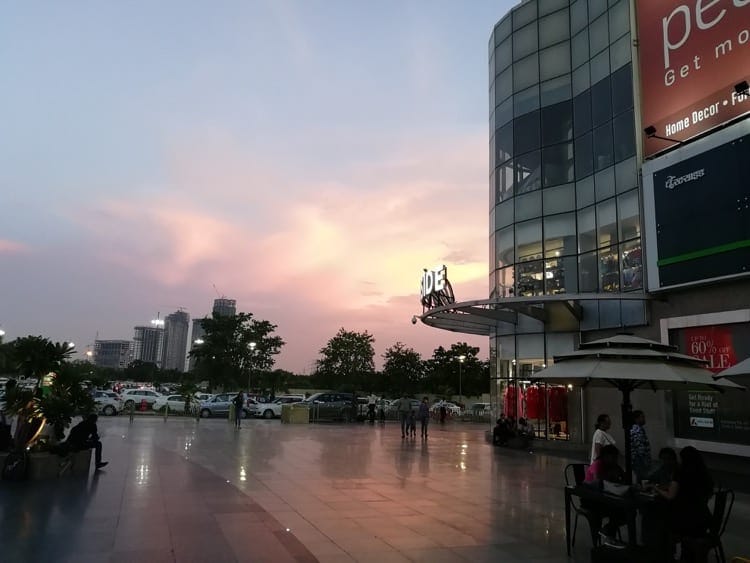 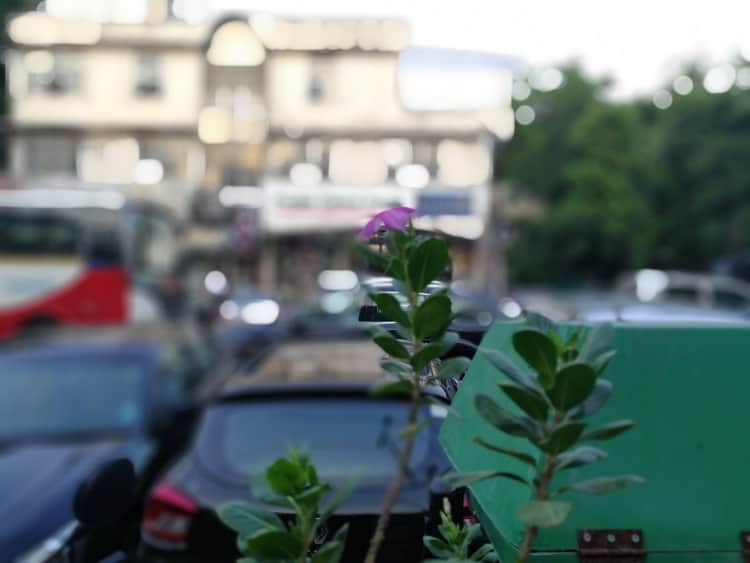 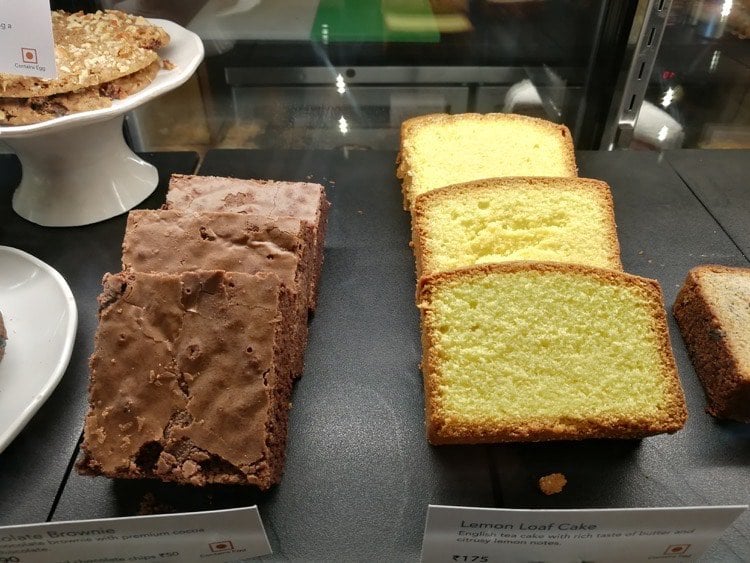 Aiding its cause are a trunkful of shooting modes. There are seventeen options in the Modes screen, and while some of these are relatively predictable (Video, Photo, HDR, Panorama), there are a few nifty touches such as Light Painting, Time Lapse, Pro photo, Pro Video, Slow Motion, and Good Food. No, not all of them work smoothly, but the ones that you are most likely to use more often than not do the job with minimum fuss. We really would suggest sticking to the Auto mode and fiddle with the aperture settings for some really good bokeh, and going with the Pro photo or Pro video mode if you like messing around with settings.

The other modes work too but need a little patience to master and in some cases can render odd results – we found the normal mode often giving us better low light results than the Night Shot mode which was supposed to boss the night. Playing around with the aperture is a lot of fun, though – you can go all the way from 0.95 to 16, and the bokeh effect is live, so you can actually see the level of blurring that is taking place right in the viewfinder itself. And yes, we totally love the monochrome mode, which thanks to the dedicated monochrome camera gave us terrific black and white photographs. The camera actually comes into its best when you are shooting landscapes where details literally pop out at you. Close ups are not quite that spectacular but are more than adequate for social network usage. 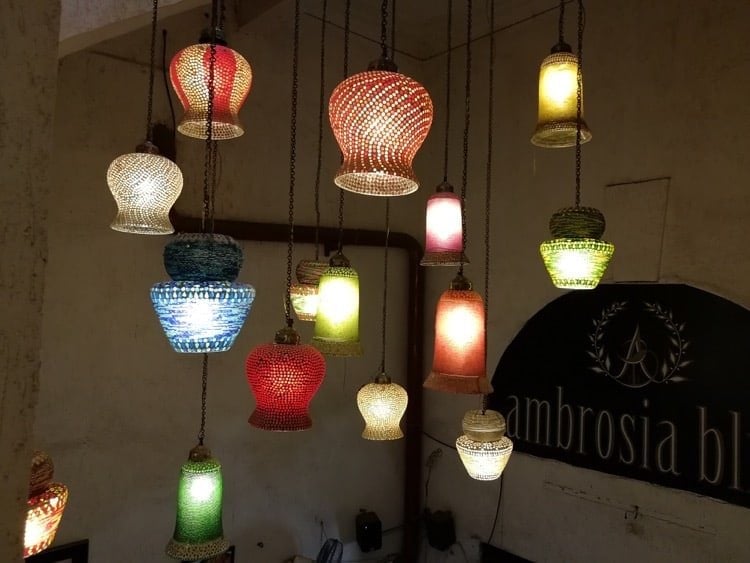 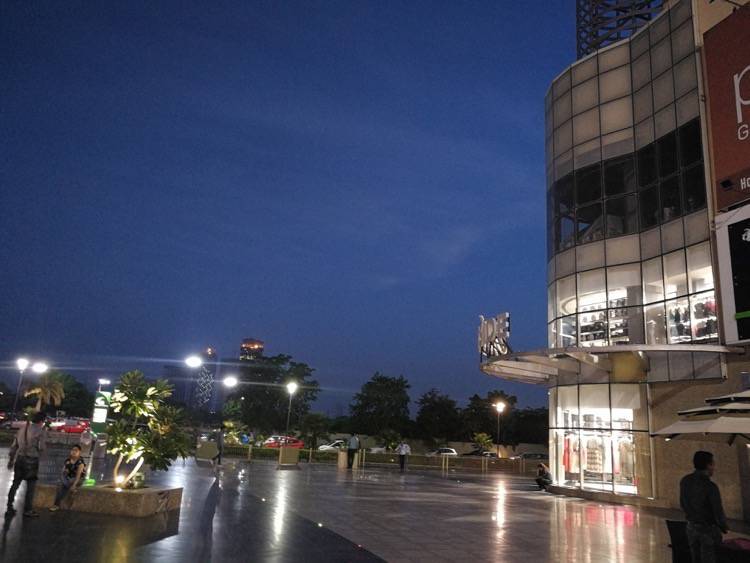 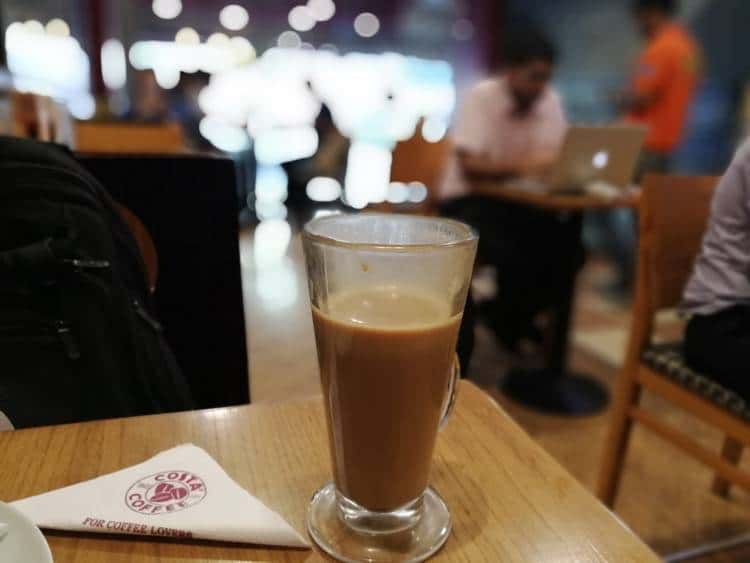 Yes, handling glare is an issue and we would have loved optical image stabilisation, but all said and done, the Honor 8 Pro sports the sort of camera combination that allows you to leave your dedicated shooter at home, unless you want lots of zooming muscle (that’s a cause that no smartphone camera can help you in). In case you want to explore the cameras a bit more, here are six modes you should definitely be trying out. The 8.0-megapixel selfie shooter also largely adheres to the consistency theme. Some people might find its colors to be slightly faded and not “pink” enough, but the camera gets full marks for honesty, although you can get into beauty mode to corrupt its results.

All said and done, the Honor 8 Pro’s three cameras stick to trying to show you what your eyes see, instead of using software wizardry to paint a different picture. This is not to say there is no software wizardry – there are plenty of shooting and editing options – but they are something that depends on the user and is not forcefully clamped upon them. The Honor PRO’s camera has those two qualities that are most valuable. You will not find them on a spec sheet. And they cannot be expressed in numerical terms. But that does not make them any less important.

What you see is more often than not what you capture. Time and again. What more could most photographers ask for?

Honor 8 Pro is exclusively available for purchase on Amazon.in

[shopsmart product=46425]
Was this article helpful?
YesNo
TechPP is supported by our audience. We may earn affiliate commissions from buying links on this site.
Read Next
How to Convert Scanned Files into Searchable and Editable PDFs Using PDFelement
#camera #Camera Review #Honor 8 Pro #Sponsored