Xiaomi was one of the first OEM’s to jump into the bezel-less bandwagon. The Mi Mix was initially showcased as a concept device and soon Xiaomi released the same in China. Today Xiaomi has launched the much awaited Mi Mix 2 at an event in Beijing. The new device carries over some of the features from its predecessor and also offers a couple of new features as well.

The Xiaomi Mi Mix 2 comes equipped with a 5.99-inch IPS LCD display and the device now offers 18:9 aspect ratio as opposed to the 17:7 offered by the Mi Mix. On a related note the 18:9 aspect ration has now become quite popular with Samsung, LG and other OEM’s using it on their smartphones. In all likelihood, the new aspect ratio might also help achieve better ergonomics. The Xiaomi Mi Mix 2 is powered by Snapdragon 835 paired with 6GB of RAM. The storage options for the Mi Mix 2 include 64GB/128GB/256GB. 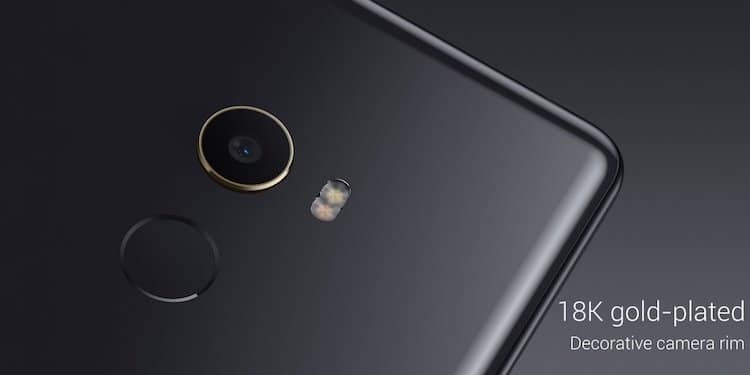 The Xiaomi Mi Mix 2 runs on Android 7.1 flavored with the MIUI 9. The fingerprint sensor is placed at the rear and the Mi Mix comes with a Type-C port. Xiaomi claims that the fingerprint is the fastest in the industry. The design has been the forte of the Mi Mix and the Mix 2 is no different. The front chin of the phone is apparently 12-percent smaller and the device sports a sound guided speaker and Ultrasonic proximity sensor. Xiaomi Mi Mix 2 is made out of four-sided curved ceramic body built on a Series-7 aluminum alloy frame.

On the audio front, Xiaomi has improved the cantilever piezoelectric ceramic acoustic technology and has also included a 50mW power speaker along with a guiding tube. As far as the camera is concerned, Mi Mix 2 comes equipped with a 12-Megapixel Sony IMX386 sensor primary camera that is capable of 4K video recording and is accompanied by a dual-LED flash. Furthermore, the camera also offers 4-axis optical stabilization.

The company also claims that the MIUI 9 has been optimised to take advantage of the Mi Mix 2 hardware. All the MIUI 9 features like the active noise cancellation, GPS, and the GLONASS support are included on the device. The Xiaomi Mi Mix 2 comes with Global LTE and will support 6 modes and 43 bands. 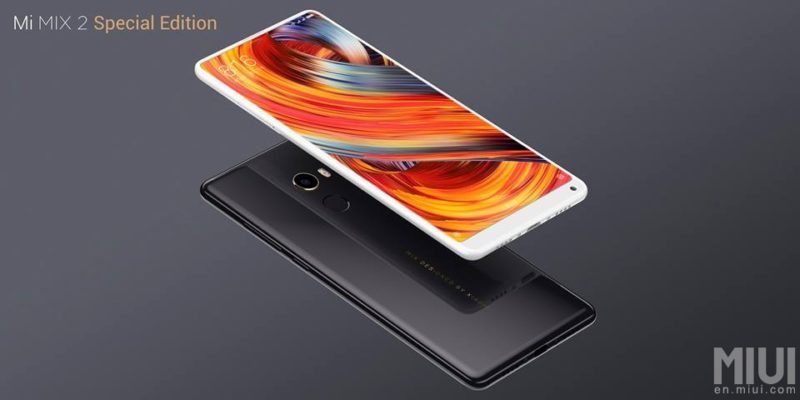 Was this article helpful?
YesNo
TechPP is supported by our audience. We may earn affiliate commissions from buying links on this site.
Read Next
With Redmi A1, is Xiaomi Resurrecting the Android One Dream, but Without Google?
#Bezel-less phones #Mi MIX 2 #xiaomi