Apple made its tenth-anniversary iPhone official with the launch of the new iPhone X at an event held in the company’s new headquarters. The iPhone X, as everyone anticipated, features a spectacular all-screen front. However, it leaves a panel on the top which accommodates a total of eight components including sensors which make the company’s new FaceID technology possible. Here’s what you need to know about them. 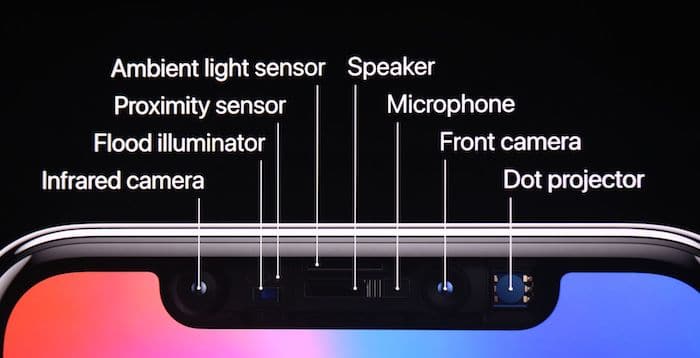 We begin with the front-facing camera which now employs an additional TrueDepth sensor for enabling the Portrait mode on the selfies as well. This will essentially let you blur out backgrounds in your shots without the need for two lenses on the front.

The top area also comprises of the speaker and microphone which Apple claims doesn’t skimp on quality despite being stuffed in such a congested manner.

As you’d expect, the chin houses the ambient and proximity sensors. The former is used for adjusting your phone’s auto-brightness feature and the later, for turning the display off when you’re on a call and bring the phone up to your face. 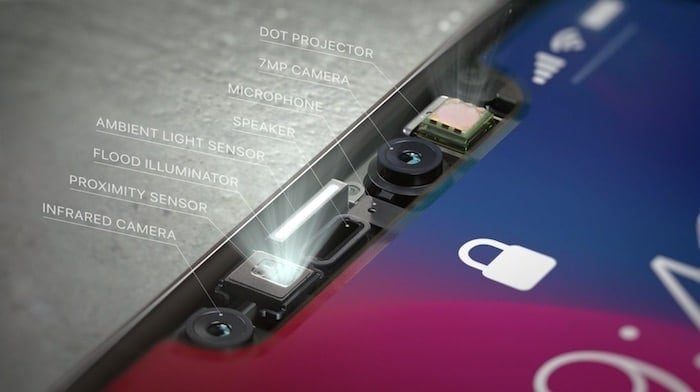 The FaceID process involves the phone projecting 30k invisible IR dots onto your face which is done with the help of something called the Dot projector. This information, later, is utilized for matching the stored patterns and unlocking the iPhone.

There’s an infrared camera as well on the front. Together with the Floor Illuminator, these components allow the facial recognization feature to function in dimly lit scenarios.

Was this article helpful?
YesNo
TechPP is supported by our audience. We may earn affiliate commissions from buying links on this site.
Read Next
Alert! You’re Hiding Sensitive Information From Your Images on iPhone W...
#apple #features #iPhone X #Sensors