The Moto G series has been one of the most popular series in the budget/mid-range segment in the country (many people say the first Moto G actually changed the Indian mobile phone market) and the company has now added the Moto G5s and the Moto G5s Plus to it – interestingly, after introducing the Moto G5 and the Moto G5 Plus earlier this year. While they do come with a ‘s’ added to their names, and the company has upgraded features on these “special edition” phones, both also majorly stay true to the core values of the G series. We got our hands on the Moto G5s Plus and tried to figure out just how – if at all – special it was. 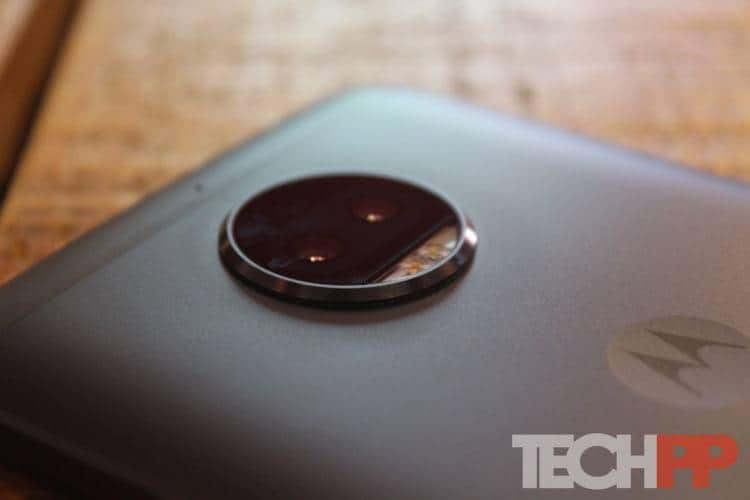 Nemo in a goldfish pond

The budget range and the mid-range segment of the smartphone market are pretty much like a pond filled with goldfish – the majority of them look almost the same with little and sometimes hardly any difference at all. However, while you may get confused among other brands, Moto phones tend to be a very different kettle of (gold)fish. The Motos are the Nemo in this pond.

The design of the Moto G5s Plus speaks the same language -it screams “Moto” out loud. There is no way in the world that you will confuse this with any other smartphone in the market, except for another Moto. To start with the “s” factor, the G5s Plus comes with a 5.5-inch full HD display (as compared with a 5.2-inch one on the G5 Plus) with 2.5 D glass and is protected by Corning Gorilla Glass 3. Along with the screen, the front has the fingerprint scanner placed on the chin while the front facing camera, LED flash and the earpiece is sitting on the top. There is also a subtle Moto logo just below the earpiece. There are no capacitive buttons on the chin, yet again, as the phone comes with on-screen buttons for navigation – very standard Moto fare. 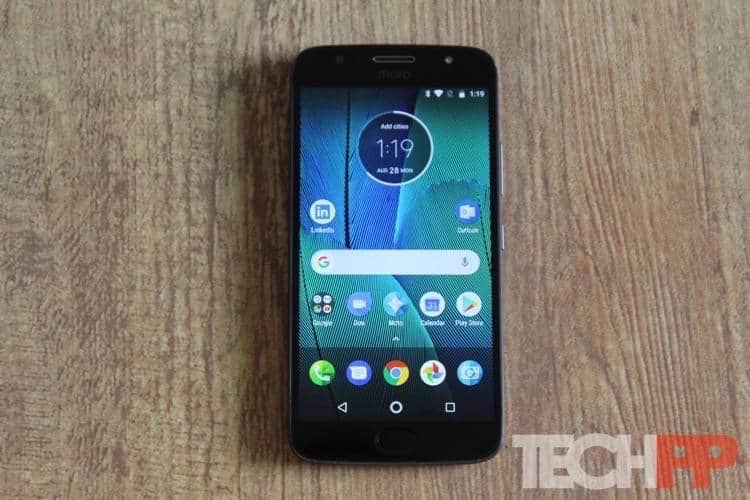 The back of the Moto G5s Plus has two gray antenna bands, one on the upper and other on the lower end. Right below the first antenna band is the camera unit. Moto has always had camera units that have been distinct from the rest of the crowd – circular – making it one of the trademarks of many Moto devices. And the G5s Plus has taken the same legacy forward. The phone comes with a circular camera unit that protrudes slightly with a metallic silver finish around it adding a touch of class to the glass inside it. What’s inside is even more interesting: the circular camera unit has two cameras inside with dual LED flash, making this the first Moto device in the country with dual cameras. The back also brings something back from the dead. Yes, the famous Moto dimple that had gone missing has made a comeback with the G5s Plus. It is placed just below the camera unit with Moto’s “M” inside the dimple. Just like good old days. 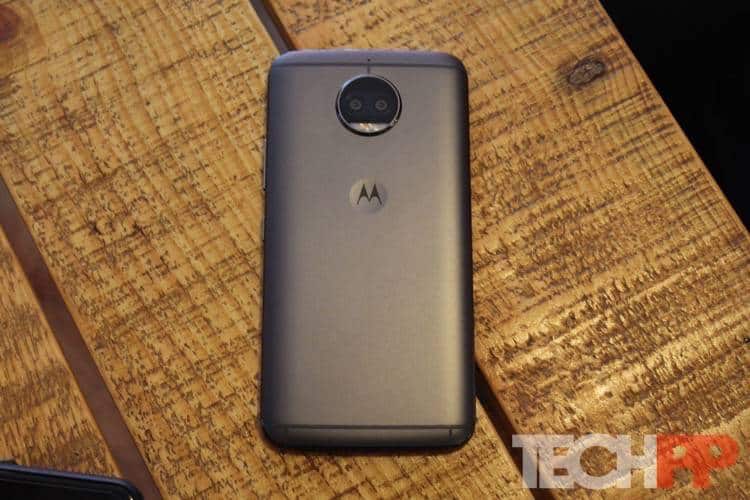 The left side of the phone holds the hybrid SIM card slot that can accept one SIM and another SIM/ microSD card. The other side sports the volume rockers and the slightly textured power/ lock button. The top comes with the 3.5 mm audio jack while the base sports the speaker grille, the mic, and the micro USB port. The Moto G5s Plus has also gone all metal regarding design. It comes with a metal unibody design and feels pretty solid. We like the design of the device as it does not really scream mid-range and looks quite decent – we would not call it premium, but it is classy in a very quiet understated way. The phone measures 153.5 x 76.2 x 8 mm and weighs 168 grams. Yes, it is not the most compact smartphone with a 5.5-inch display or the lightest one around, but it is not uncomfortable to hold or use in any way.

The Moto G5s Plus comes with the same processor as the G5 Plus. It is powered by a Qualcomm Snapdragon 625 processor paired with 4 GB RAM and 64 GB internal storage. You can expand the storage up to 256 GB by using a MicroSD card. Just like its predecessor, the smartphone breezed through our daily multitasking expeditions. Switching between apps was smooth and stutter-free. We used multiple apps at once and kept switching from one to another but the phone did not lag, and none of the apps crashed. 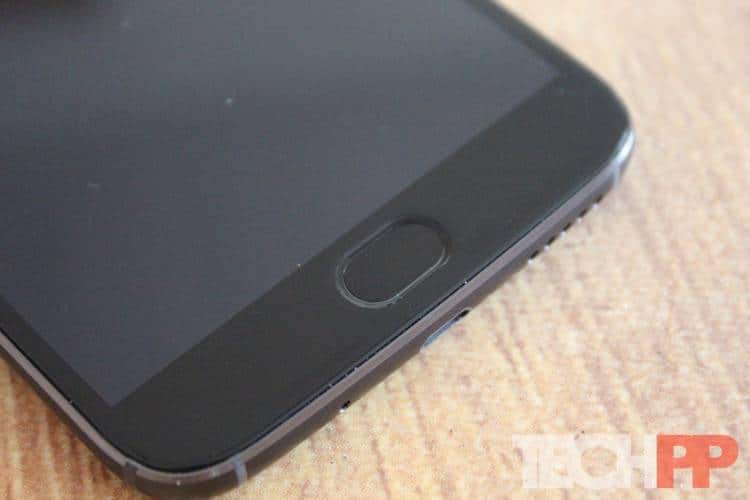 The phone also did well in the casual gaming zone. Games like Candy Crush, Subway Surfer, Temple Run 2 also worked smoothly. But the real test was in the high-end gaming zone, and there too the smartphone did not do badly. We tried high-end games like Asphalt Xtreme and NFS No Limits, and we did not face any major lags or stutters while playing the games. The apps did not crash, and it was mostly a smooth affair, barring a few stutters here and there. Mind you; the phone had some problems in running games with multiple apps open in the background. We tried Asphalt Xtreme with a few apps opened in the background, and the frequency of lags increased. The graphics were also not as great, and we could see detail missing in many cases. That said, overall the phone comes across as a good performer. It scored 65435 on the AnTuTu benchmark which is pretty decent.

The Moto G5s Plus sports dual 13-megapixel cameras with f/2.0 along with dual LED flash on the back, making this a big step forward for the Moto G series, which has of late sported some very decent cameras. For selfies and video calls, the phone has an 8-megapixel front facing camera with LED flash. 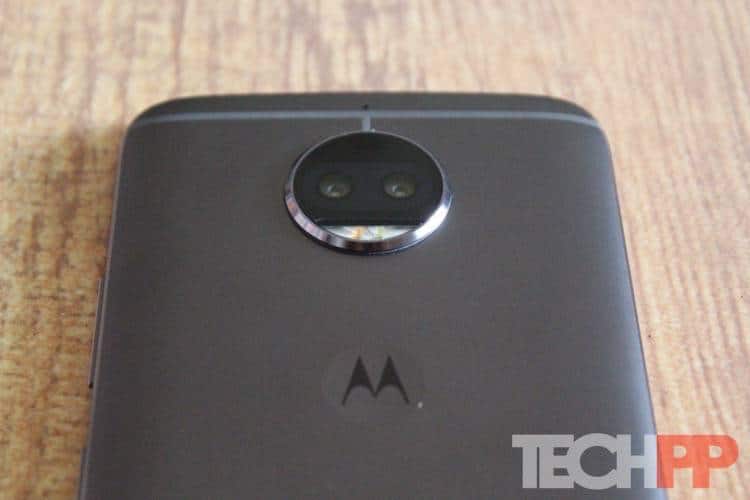 The dual 13-megapixel cameras on the back of the Moto G5s Plus have some positives and some negatives. To start with the positives, the G5s Plus’ primary camera unit produces great images in stable, well-lit conditions. The colors produced by the camera are pretty good. There is no over saturation in broad daylight and colors are still very vibrant and pop-py and very close to the real environment. The phone also does detailing well when shooting indoors in sufficient light. However, the camera has major issues with glare. High-intensity light or a prominent light source can pretty much ruin your picture. It also has issues with capturing moving objects and most of the times a blurry picture is the end result.

The phone has depth enabled mode which gives pretty good bokeh in most cases but can be moody, sometimes even putting the areas you wanted blurred-out in sharp focus (you can try fixing this with the depth editor, though). In decent light conditions, the camera takes good close-ups, portraits, and landscapes but its performance goes a little downhill when glare comes in the picture. In low light, a bit of noise creeps into most pictures but the device has a dedicated low light mode that allows the camera to take in more light and get a clearer picture – unfortunately it does not tackle the noise issue, but you do get better snaps. The smartphone also takes a bit of time to process low light and depth-enabled images. 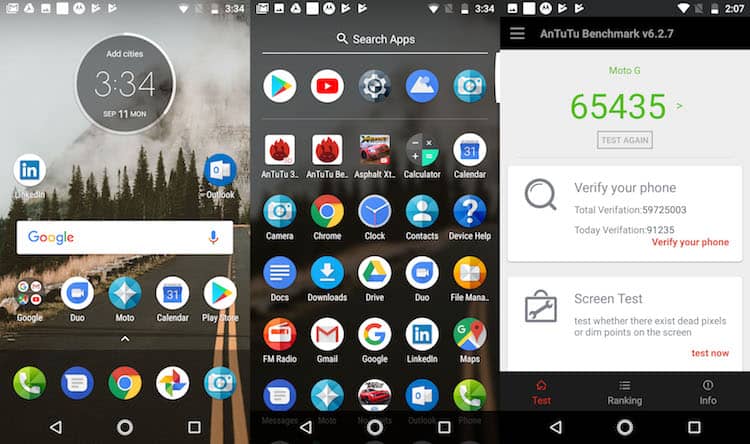 The 8-megapixel selfie camera is impressive and produces good images. It gives you reasonable detail, and the color reproduction is pretty good as well. The camera app on the phone is very basic. It offers normal and low light mode, HDR, flash enabled and timer modes and it also comes with a professional mode, panorama and the usual camera and video modes. Moto has added a depth enabled mode and also a depth editor which can help you edit pictures taken through depth enabled mode. All said and done; we would say that the dual shooters on the G5s Plus are a big step forward from the one on the G5 Plus.

Moto phones have been known for their uncluttered, pure Android interface. The Moto G5s Plus is no different. It comes with stock Android 7.1.1 Nougat out of the box with a few additions by Moto. There are features like Moto gestures (twist to launch camera, chop to launch torch) and Moto apps like depth editor on the device, but it stays focused on its almost zero bloatware promise. The interface is clean and familiar. We faced no issues while using it as it was pretty basic and simple – almost too much so at times. You also get Google Assistant on the phone, and it works smoothly as well. 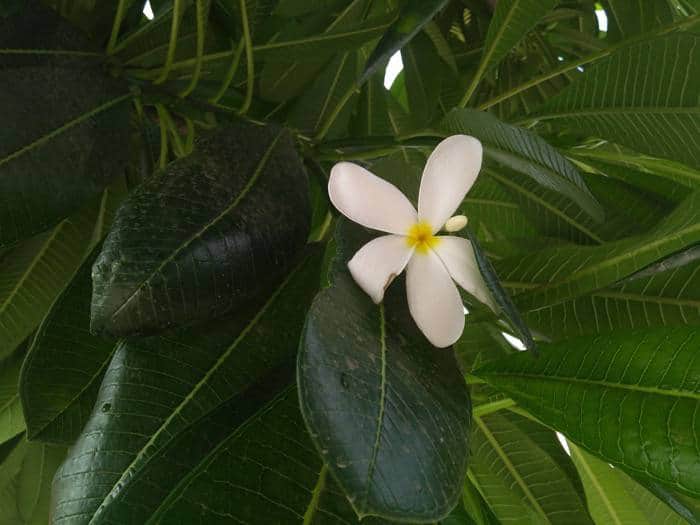 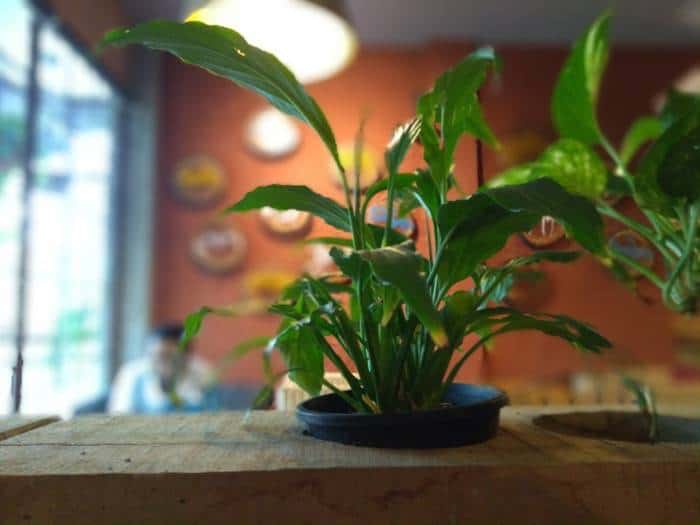 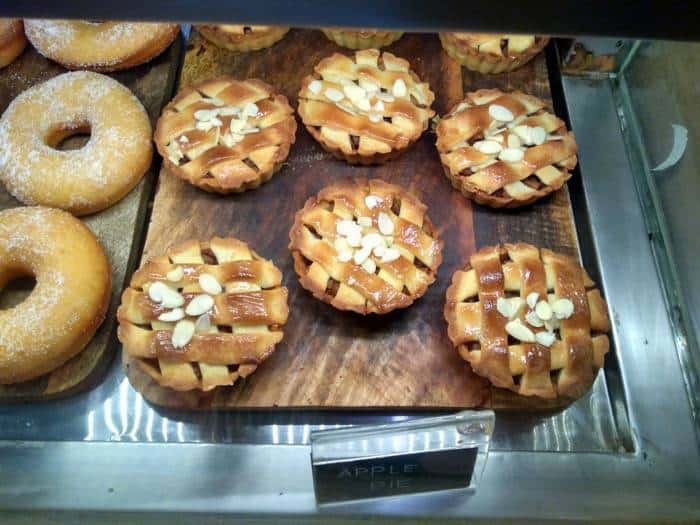 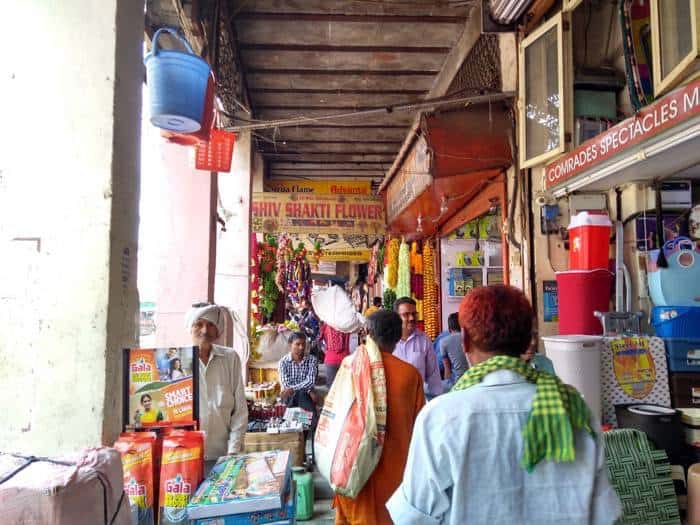 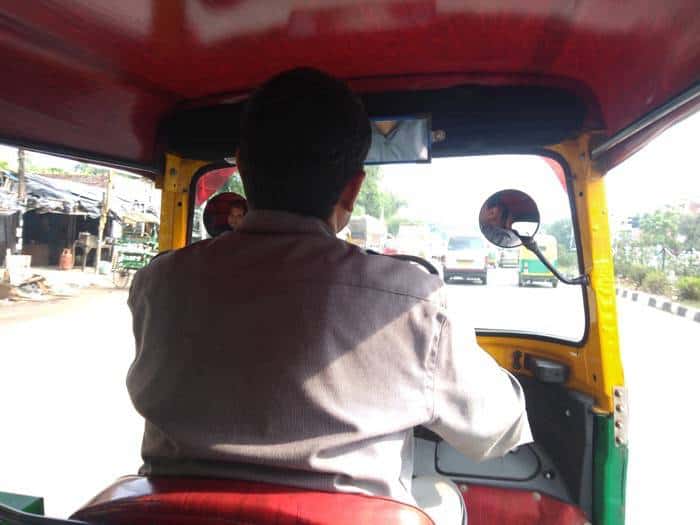 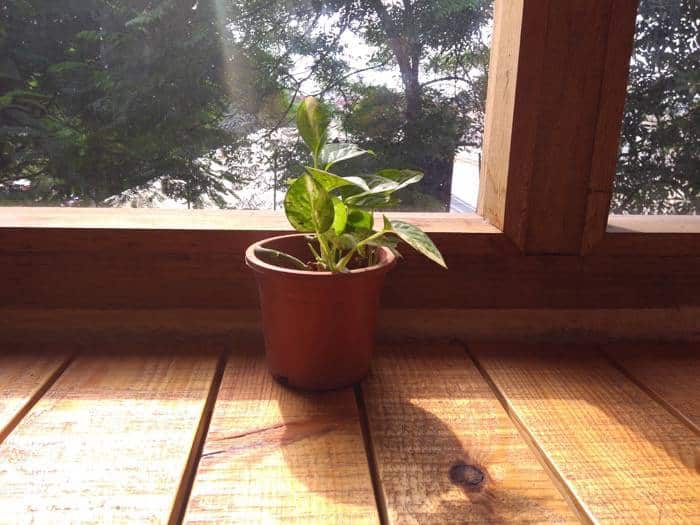 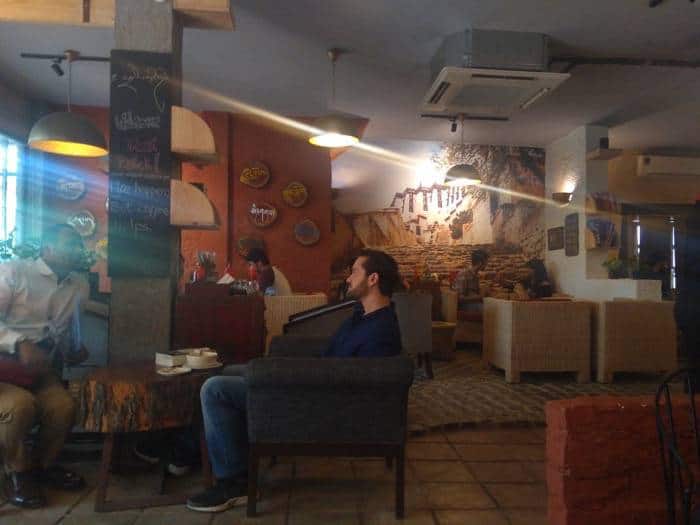 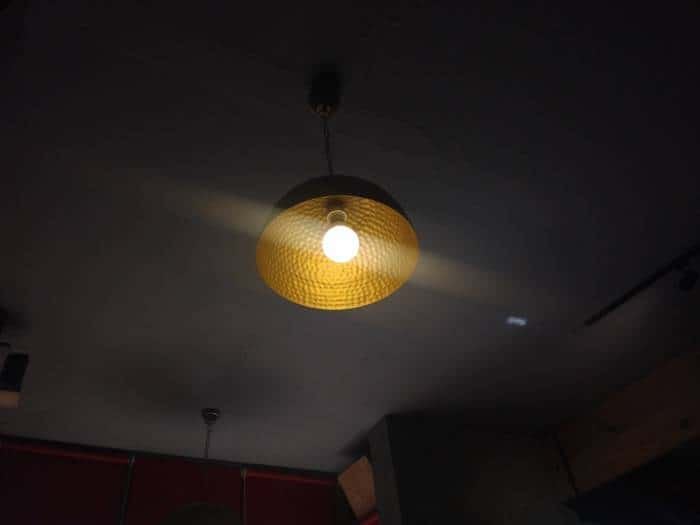 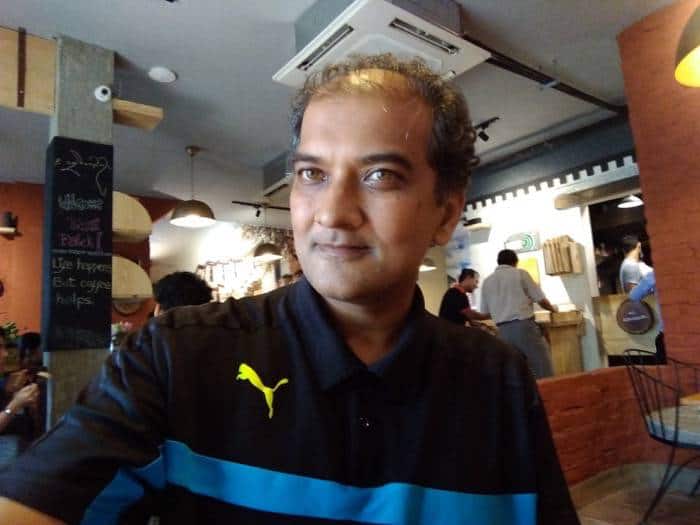 The Moto G5s Plus runs on a 3000 mAh battery and comes with Turbo Charger, same as the one we saw on the Moto G5 Plus. The battery life of the device, however, is pretty average. The phone can see about 10-12 hours of heavy usage and can last for about a day when used moderately. Fortunately, as it comes with a Turbo Charger, things become a little easier when you are running low – it can give you a battery life of a couple of hours in just 15 minutes. The phone has decent speakers, and audio quality is fine without being exceptional. We did have any connectivity or call drop issues while using it – call quality was spot on. The connectivity options on the device include 4G LTE, Wi-fi, Bluetooth, NFC, and GPS. The Moto G5s Plus is also splash resistant – taking it along for a swim, however, is not recommended.

Faces competition…and takes it on!

The Moto G series has been known to provide a great experience in smartphones at a pocket-friendly price and at Rs 15,999, the Moto G5s Plus continues the tradition. Yes, people have questioned its specs (especially with the emergence of the likes of Xiaomi) but the company has the happy knack of doing more than enough to retain its faithful. And from our experience, the G5s Plus does that as well – it will not blow you away with spectacular specs but it’s smooth performance and distinct looks will grow on you. With the mid-range smartphone segment being pretty competitive, the phone faces competition from the likes of Xiaomi Redmi Note 4, the recently launched Xiaomi Mi A1, and also from its sister brand’s phone Lenovo K8 Note. Given its performance and the brand loyalty that Moto still inspires, the Moto G5s Plus has got the mettle, or should that be ‘metal’ (quite literally) to take on any of these devices. It performs well, it has decent cameras, it is a special edition and it is Moto. Sounds like a very good combination to us!

Was this article helpful?
YesNo
TechPP is supported by our audience. We may earn affiliate commissions from buying links on this site.
Read Next
Stuffcool PB9018W Magnetic Wireless Powerbank Review: Actually the perfect iP...
#Moto #Moto G5S Plus #review