A phone for the Caped Crusader on his day

September 23 is World Batman Day. And do NOT ask us to be calm. For, Batman hands down is our favorite superhero out there. He wears black, saves the day, and well, here comes the important part: we think he has a little thing for technology. After all, he uses a lot of gadgets to save Gotham from deadly villains time and again. So today as we celebrate World Batman Day (I am so curling up with my copy of Hush!), we thought it would be nice to think of an ideal smartphone for our favourite superhero – come to think of it, we have not seen him use anything too fancy in the phone department (apart from the Nokia 5800 in The Dark Knight, and that too was being used more by Morgan Freeman, aka, Lucius Fox!). Of course, he would have to develop and design it himself, but then he does have a fair bit of talent at that – remember how he made the costume and the Batmobile (with a little help from the right people)? Yes, of course, it goes without saying that the BatPhone (we don’t have a better name, folks – send in options) would have cutting edge design and hardware, but what will make it special are features made especially for the Caped Crusader. And though he knows best, here are ten features that we think a smartphone for Batman should have, right off the Bat (pun intended!): 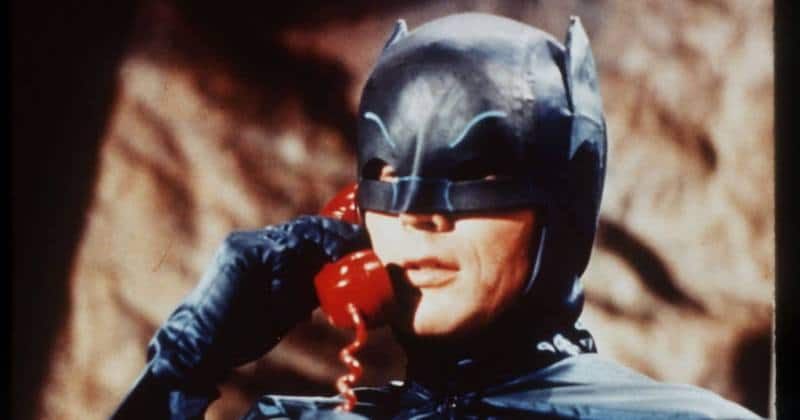 Kevlar body: Stop a bullet or a knife… and be fall proof!

All the Batman fans know that our superhero’s suit is made up of Kevlar, a high-strength fiber which has very high tensile strength-to-weight ratio because of which it is five times stronger than steel. Now we are not advising Bats on design but we insist that like his suit, the Batman smartphone should also be made up of Kevlar because, hey, you do not want that glass or even aluminium back to crack into pieces while the guy is out there, swinging from rooftop to rooftop, saving the city. The material has to withstand fights, explosions and oh, obviously accidental drops. A nice touch would be if it could be converted into an emergency Batarang whenever it is thrown (Batman could run out of Batarangs, you know) – sharp “fins” would come out from its side, slice up the target and then return to the Caped Crusader!

In addition to his Kevlar Batsuit, Batman can also use his smartphone as a shield. Not just because of the Kevlar back but because the front would be made of not glass that is not scratch resistant or stain resistant but is…bulletproof. Let’s face it, our Bats does get shot at a lot, and while his costume can take a bullet, it is essential his phone does too because, without it, he would be disconnected from the world. We would not mind big bezels around the display – they could be bat-shaped, hey – if they help in protecting it!

We all know he is Batman, but even he cannot see in the dark because well, he is from Earth and not Krypton! Therefore, to help our favourite superhero save the day, we think the camera on Batman’s phone should have an infrared camera, so that he can not only see to an extent in the dark but also snap off shots of valuable evidence (he is the Dark Detective, remember), no matter what the light conditions are. After all, he is the Batman and he loooves the dark.

Sometimes the simplest of things can make a huge difference in battles. Which is why the Batphone should have a small but high voltage taser inside it. It could help on those occasions when Batman does not really feel up to getting his hands too dirty and just wants to paralyze a relatively harmless opponent (petty thief types). And it will be a perfect fight finisher as it will help him shock the villain (quite literally) and hand him or her over to Gotham’s finest.

If you are in a middle of an emergency, the last thing you want to do is look for your car keys. And well, the emergencies in case of our favorite superhero are generally of a far more urgent nature than they will ever be in our lives (like saving a city from deadly criminals. Duh!). Now wasting time is a luxury he cannot afford, which is why we think the BatPhone should allow him to control his Batmobile. It will not only get the Batmobile to the Batman, but it will also allow Batman to drive it remotely, even when he is not inside it. Of course, it would have the best hands-free system ever, allowing Batman to issue directions and take calls and send messages and so on and so forth.

Remember how Batman used sound to communicate with bats? Well, that brings us to our next feature. We all know that Bats communicate through high-frequency ultrasound waves, a process called Echolocation. We think the Batphone should have a feature through which the Batman can create high-frequency sound waves instantly, summoning an army of bats to cluster around his befuddled adversaries. A special frequency could also be used to communicate with his partners (Robin, Huntress, et al.) without anyone else being able to listen in. Ta-da!

Closed OS and app store: for the Batman only

If we are talking about a smartphone for Batman, it cannot run on Android, and we do not think Apple will allow him to use their OS (walled garden, remember – no bats allowed). So, to run the Batphone, Batman needs a new software altogether, and we call it the bOS (BatOS for those with snail speed minds). This will be a closed OS, of course, and will have code and features that only Batman and his confidantes can access. It will have its own app store, where Batman’s team will upload apps dedicated to news, crime alerts and of course, different villains (there will be an app for the Joker, of course).

Modular design: add it on

We have seen a few modular phones from LG, Moto, and a few other brands, and we think that this is something the BatPhone should definitely have – the ability to simply add on features and functions. Of course, the features themselves will be a little different from the run of the mill speakers, batteries, and cameras that we see on others. The modular design of the Batphone will allow Batman to launch missiles, shoot cables to leap across rooftops, and even send out Bat signals when needed. The mods, of course, will be made of Kevlar and will attach seamlessly to the BatPhone.

In the smartphone world, we have fingerprint scanners, iris scanners, face scanners, and voice-activated codes that are used to unlock devices but in Batman’s world, all this can be a little ineffective – imagine Batman having to remove his mask or gloves to unlock his smartphone. Well, we have a solution for that, too. The Batphone would use a different DNA base biometric authentication system. It would combine various information like iris scan, handfeel, voice recognition, DNA samples (a small sensor will touch the skin on his chin and take a tiny cell off it, for instance, or there could be a microchip embedded in his glove for the same purpose) and even a breath analyser to detect whether it is Batman trying to access the phone. All this would happen in a fraction of a second. He will just have to hold the phone to his face; the system will analyze his DNA and unlock it.

Self destruct mode: not so suicidal

We all know that our smartphones hold some very private and secret information in them and would Batman’s. And if by any chance, his phone gets into the wrong hands, well, a good part of Gotham would be lost. Well, we did propose a DNA based biometric authentication system to ensure no one else gets their mitts on this device. Well to make sure whoever tries to hack into the BatPhone regrets the decision, after a certain number of failed attempts to access it, the phone will get stuck on to the person’s hand and will explode in ten seconds. Whatever you wanna steal from the Batman, do not even consider the BatPhone!

Ten years, Ten Amazing facts about the iPad
Happy Birthday to Mi: Ten Years, Ten Things You Might Not…
Got iOS 13? Try out these Ten simple features!
iPhone 11 Pro Long Term Review: The iPhone...in Ten…
Farewell IE: Ten things you might not know about Internet…
From the Nord to the Lite to the Max to the Pro: The Top Ten…