Selfie phones seem to be in a hurry to come in a flurry. So much so that certain phone makers have shifted their focus heavily on the front cameras of their phones, with every iteration they make. Leading the pack, at least in India, is Vivo, and the V7 Plus is their latest offering, succeeding last year’s V5 Plus (don’t ask us where did the 6 Plus go! We don’t know it either). We gave you our first impressions in the first cut article a while ago, and we were sweetly surprised on how smooth it was in our initial usage – ah and that front camera of course. And now, having done a detailed review, we answer many of the questions we got all this while – does the snappy performance hold up? Is the build quality strong enough? How is the selfie camera compared to other selfie-centric phones? How is the gaming experience? etc. Read on for the answers in this detailed Vivo V7+ Review.

Let’s start with the phone’s key selling proposition – the selfie camera. The V7+ comes with a 24MP front shooter with a LED flash. Coupled with it is a camera app loaded with options and modes that help you click pictures in various conditions. Vivo has upgraded their Face beauty algorithms to v7.0 that claims to do a very good job on video calls too. Are those claims true? Well, yes and no. Allow us to explain. When it’s about selfies and video calls, the most important aspect is that your face should be recognizable no matter what the conditions are. Especially, if it’s a video call, it’s no fun if the party on the other side sees you as some shadow or a distorted, blurry face or something. This is where the V7 Plus does a good job. Be it pictures or videos; it’s an experience that is far better than the rest out there. Few of our contacts asked if we are using one of those state-of-the-art Logitech web-cameras or something, and that itself is a pressing comment enough. While that was the serious side of things with practical usage, Vivo has thrown in a plethora of options.

While shooting selfies, you can artificially enhance the beauty of your face to get rid of wrinkles and such, or should we say, to give yourself a more appealing face! From making yourself look fairer to turning into a mannequin kinda face, you get it all out there. There is nothing good or bad in here, but it’s just how far you want to play around with your selfies. That option to regulate your complexion is also available during the video calling mode. And if these aren’t enough, there is a dedicated portrait mode too, which, like most of the phone out there, is more of software that is in works – don’t seek perfection, just say cheese, click, post and move on! And when the light goes low, the moonlight mode is handy where the LED next to the front shooter turns on to throw some light onto your face. Sadly, this wasn’t as good as the one we saw on the V5 Plus. You can tell the difference especially while clicking pictures of you in a group. And that problem of the picture getting slightly blown out, if there are lights in the background, still sits there like a stubborn mule. And while we are highlighting the shortcomings, the option to regulate complexion is available only on WhatsApp, Facebook Messenger, Line, Zalo and Viber video calls. Overall, the 24-megapixel camera (we are still not sure if the sensor is 24 MP or there is some upscaling going on) with its moonlight LED does a job that will keep you happy for sure, even with the video recording.

The rear camera is a 16-megapixel shooter with an LED flash. To be honest, this one disappointed us quite a bit. The focusing and processing speeds are good most of the times. Daylight images are good, but the colors are a bit saturated. The major issue we observed is the sharpness in low light conditions. There is a massive dip in quality from daylight to indoors and then low light conditions. Pictures are way too soft as the ISO is being bumped up. Added to this, the video recording doesn’t have the 4K option, and the voice pickup is quite low. For the price, the rear camera is simply not there with the rest of the league. 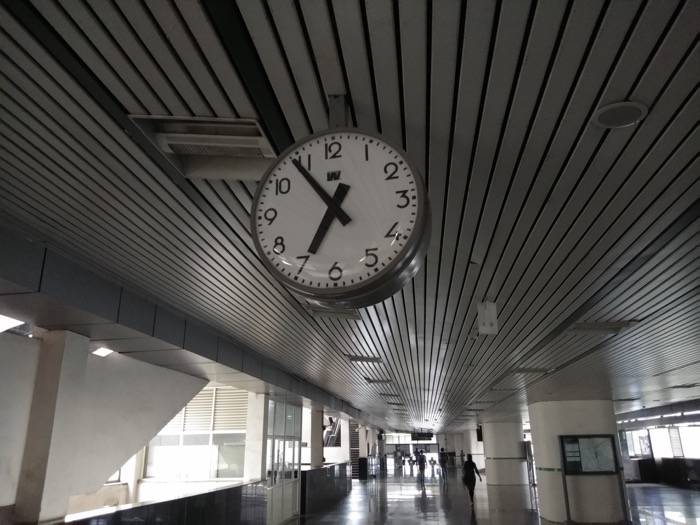 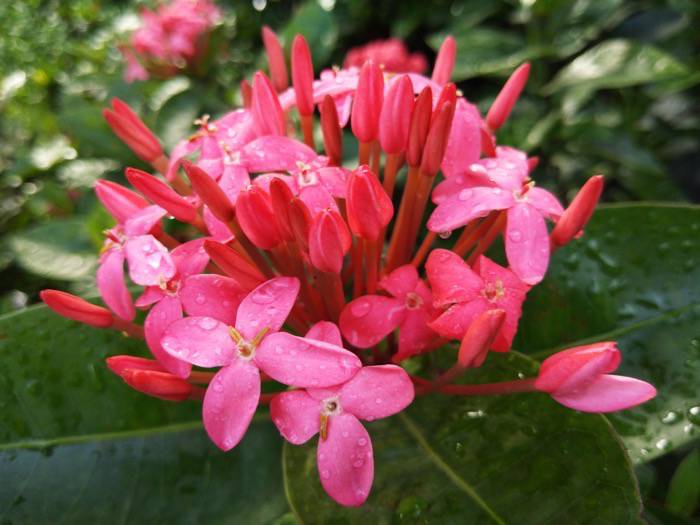 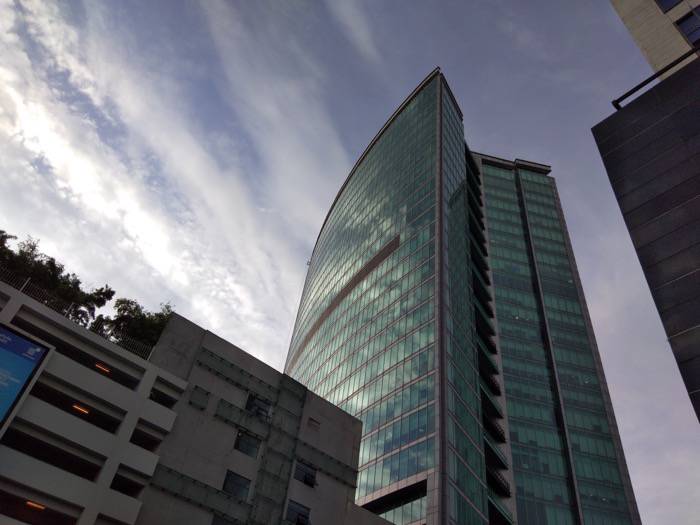 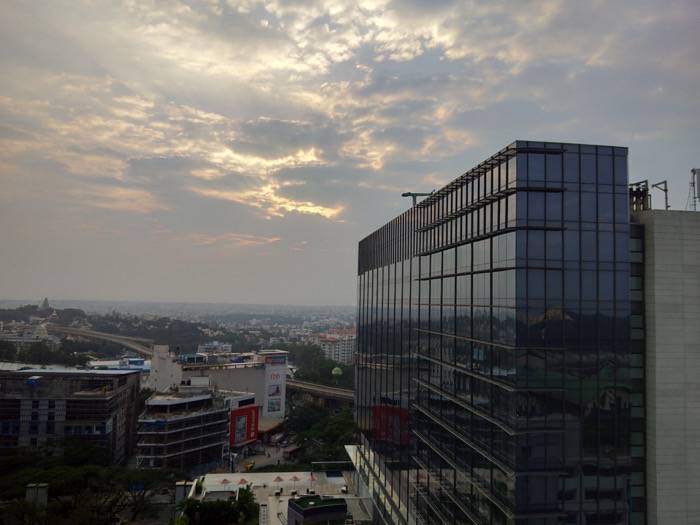 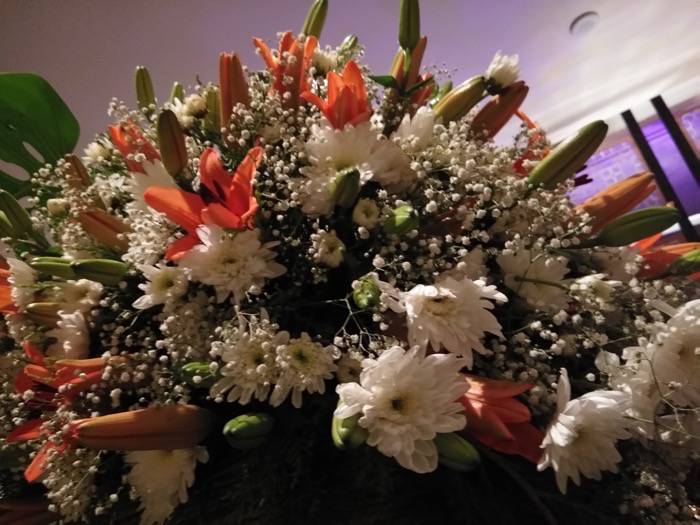 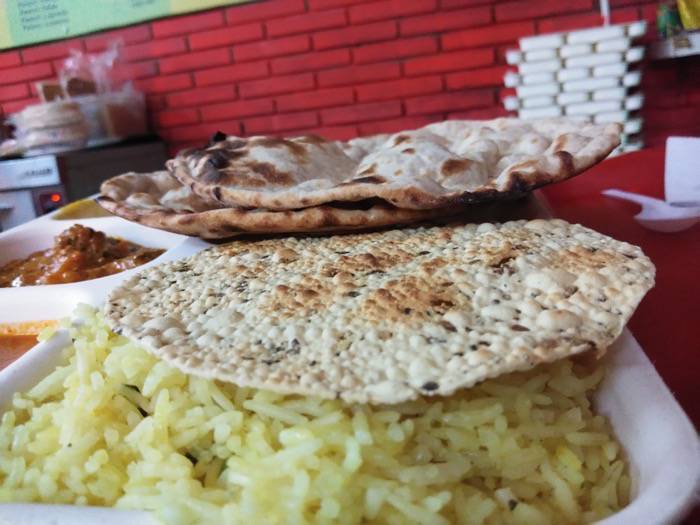 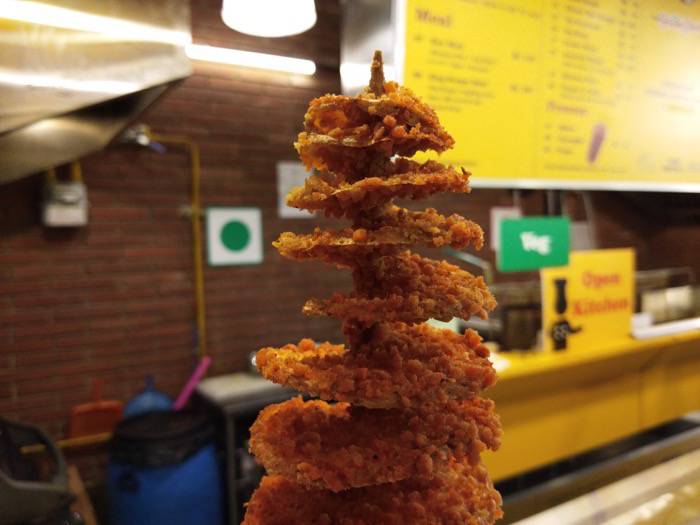 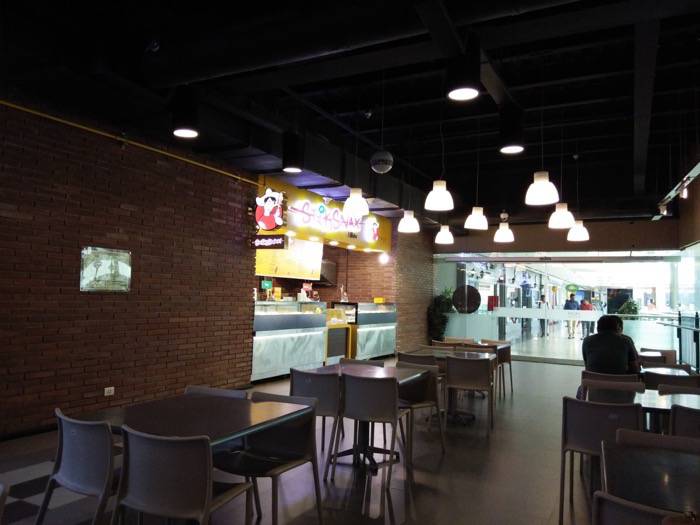 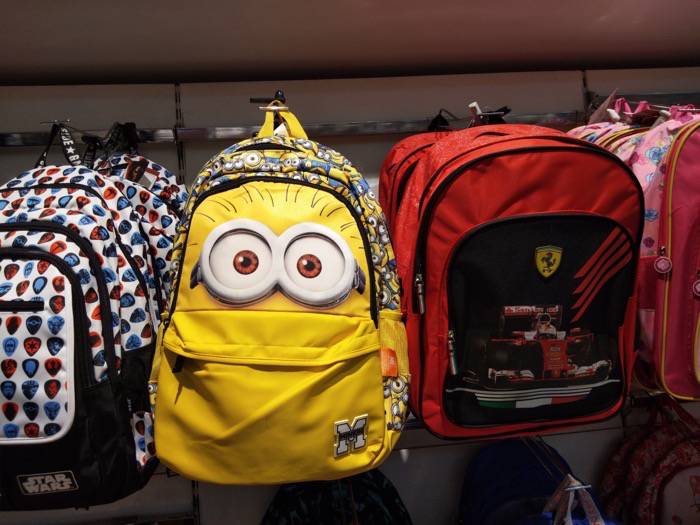 The 5.99-inch full view display is a refreshing approach to cutting down bezel size. You may (like us), go WOOOW at it at first, but upon close inspection and good hours of usage, you figure out that the HD display is just mediocre at best. You’d experience this if you were to watch more videos and play games, much against Vivo’s intent to provide you better multimedia consumption with a wider screen coming with 18:9 ratio.

In our initial tests, the Snapdragon 450 Octa-Core processor with 4GB of RAM and 64GB of internal memory proved to be very good. And that opinion was valid through the rest of our tests as well. You might have seen our tweets, and to reiterate this, the processor reminds us of the Snapdragon 625 with its overall performance. It may not provide you the snappiest performance and have you breeze through the graphics intensive games, but it will get you through the normal day to day tasks without much trouble. Our surprise is even more valid – Vivo V7+ runs on homegrown FunTouch OS 3.2 built off of Android 7.1. Apart from resembling iOS, it is quite feature-rich and ran very smooth. Home screen transitions were butter smooth and snappy; app loading was quick as well. Coupled with this a good battery life that we got, if there was no way of finding out what processor was being used, one could easily be fooled by saying it’s the Snapdragon 625 running on this one – it’s that close. Heavy gaming, however, saw some frame drops and few instances where the game was being played with lots of apps in the background, the game crashed on us. Isolated incident, but worthy of a mention. Rest of the software story is similar to what we have seen with Vivo’s software before – the theme stores, colorful settings menu, gesture options and so on, typical to a Chinese OEM’s ROM. There is the face unlocking mode but is rather inconsistent and doesn’t work most times. 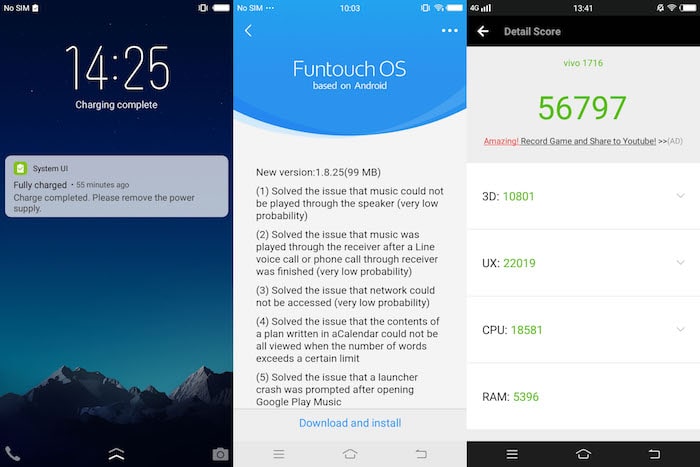 The 3225 mAh battery will take you through the day on most occasions unless you start loading it heavily. The audio on the loudspeaker isn’t loud enough or clear at its maximum volume, but when you move onto the headphones or the packaged earphones, the experience totally reverses. The AK4376A audio chip inclusion definitely works well. While on the topic of audio, the call volume via the earpiece is feeble most of the times and we had to keep pressing the phone against our ears through the testing period. Signal reception was quite ok if not among the best. 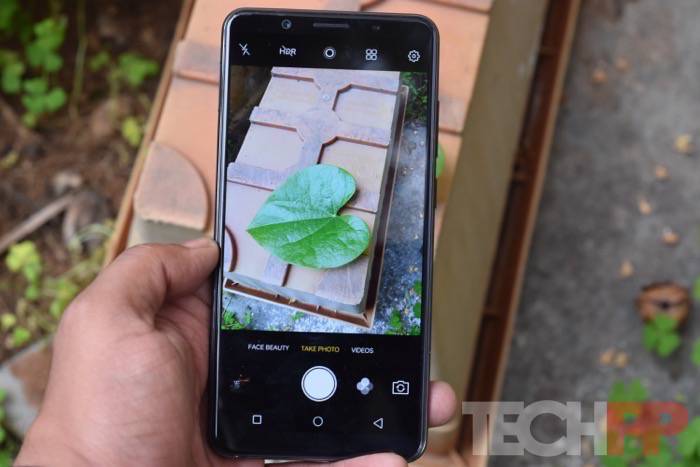 People shoot selfies mostly to share on social media, and very few may go and have them printed. Priced at Rs 21,999, the Vivo V7+ is, without a doubt, one of the best selfie cameras out there. Wait, selfie camera? Isn’t that a phone? Yes, the way things work on the V7+ is as if it were a selfie camera with a built-in phone. As harsh as it may sound, at that price, Vivo could have at least included a Full HD screen and a metal body – mind you, the polycarbonate body may not hold up for rough usage. 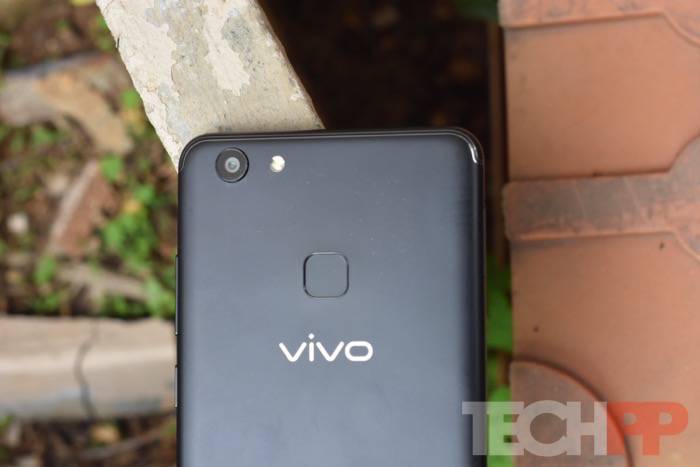 The rear camera is really not there in the league of Rs 20,000+ phones. Yes, the audio via the wires are good, but otherwise, it’s a dud. Lenovo’s Moto G5s Plus comes with an 8MP selfie camera with LED flash and does quite well, including videos, and there are tons of other options from Gionee too. And all those funny modifications, you can get it via tons of playful apps out there – nothing exclusive to Vivo V7+. Either the pricing should have been lesser, or those cons we mentioned should not have existed – that would have made the V7+ a BRILLIANT phone for us to recommend. Sadly, it may be the phone for those who would compromise a lot of things in a smartphone for the mere want of a well-working selfie camera phone with a bezel-less display.

Was this article helpful?
YesNo
TechPP is supported by our audience. We may earn affiliate commissions from buying links on this site.
Read Next
Stuffcool PB9018W Magnetic Wireless Powerbank Review: Actually the perfect iP...
#review #Selfie Phones #Vivo #Vivo V7+