Windows 10 Mobile has been in troubled waters for quite some time. The problem has escalated so much so that even Microsoft is disbanding the operating system in favor of Android and iOS for a couple of its apps. Recently, even Bill Gates was in the news for ditching the Windows 10 Mobile for an Android smartphone. 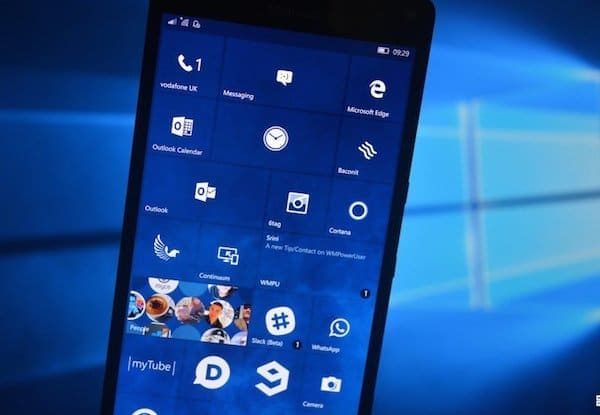 Microsoft Corporate VP of Windows 10 and head of Microsoft’s “PC-Tablet-Phone” division, Joe Belfiore, said on Twitter that the company would stop focusing on new features and hardware instead will continue to support the Windows 10 Mobile platform with bug fixes and security updates. With this, the company inadvertently puts forth the fact that they will soon be pulling the plug from the Windows 10 Mobile.

We have tried VERY HARD to incent app devs. Paid money.. wrote apps 4 them.. but volume of users is too low for most companies to invest. ☹️ https://t.co/ePsySxR3LB

Microsoft has been in the mobile operating system for more than two decades, and they were well known for the personal assistants that came out in the 2000’s. However, in the recent past, the operating system market share has been taking a plunge. In fact, according to the recent sales figures Windows accounts for a paltry 1.3 percent of the market share in the US as opposed to the staggering 64 percent for Android and a respectable 34 percent for the iOS.

As we have reflected earlier the Windows Mobile ecosystem was dealt a death blow by the lack of apps. In the recent past, a bunch of app publishers pulled out their apps from the Windows Mobile app store, and the rest have not updated the apps in a long time. The company tried incentivizing the app publishers, but that didn’t help much either. Even HP has discontinued its recently announced Windows 10 Mobile flagship.

Windows 10 Mobile ecosystem is shrinking, and it has almost become irrelevant, but that doesn’t mean that it is guaranteed to perish. Windows 10 Mobile may attempt to make a comeback like Blackberry, but with the near-defunct operating system, it is not going to be an easy task.

Was this article helpful?
YesNo
TechPP is supported by our audience. We may earn affiliate commissions from buying links on this site.
Read Next
How to Request Read Receipts in Microsoft Outlook
#microsoft #Windows 10 #Windows 10 Mobile