Honor has got its teeth stuck into one of the most competitive segments in the Indian smartphone market with the launch of the Honor 9i. The phone comes with a number of features, some routine, some different, and some surprising. In particular, the following seven points caught our attention: 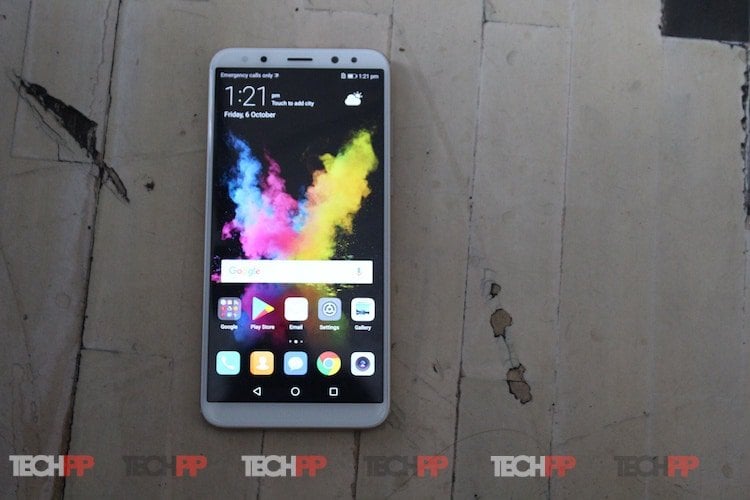 Let’s get one thing out of the way – for all the talk of the dual dual cameras (more of which later), the most striking feature of the Honor 9i is the 5.9-inch FHD+ (2160 x 1080px) display with an 18:9 aspect ratio, making it the third device with that futuristic display in the sub-Rs 20,000 segment (the others being the Micromax Canvas Infinity and the LG Q6). Bezels are kept at a bare minimum on the sides, although the presence of a black band all around the display takes away from the bezel-ness bit when one takes a closer look. Nonetheless, there is no doubt that on first glance, the Honor 9i looks right at home alongside the new age 18:9 display brigade.

2. That design – so compact 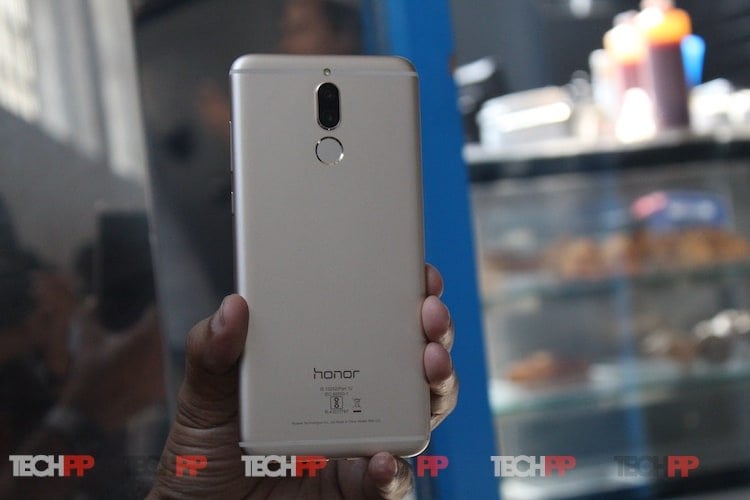 In terms of design, the Honor 9i steers closer to the Honor 8 PRO’s solid minimalistic look, than the flashier one of the Honor 8. There are no navigation buttons below the display (which means the navigation buttons eat up some of that display space). The small bezels and 18:9 aspect ratio mean that the phone is amazingly compact – it is smaller and less wide than the iPhone 8 Plus which has a larger display – and at 7.5 grams is as thin as that Cupertino Czar. At 164 grams, it is not too heavy either. The slightly rounded sides (volume and power buttons on the right, SIM card tray on left, micro USB port on base (still no USB Type-C) with speaker and 3.5 mm audio jack on base) and a flat metal back give it a very good, solid feel. We got the gold model, and while some might frown at the fact that the cameras jut out from the back and at the visible antenna bands, we still thought the Honor 9i looked smart and understated. And thanks to that display, incredibly compact.

3. Those specs – so middling

Hardware wise, the Honor 9i treads the middle ground. It is powered by the Kirin 659 octa-core processor, which is Huawei’s preferred chip for its mid-segment devices, and comes bundled with 4 GB RAM and 64 GB storage, which is expandable by 128 GB if you sacrifice one of the dual SIM slots. The display is full HD+, which is par for the course at this price point. Connectivity options include 4G, GPS, Wi-Fi, Bluetooth and there is support for USB OTG. The battery is a 3340 mAH one and we did not see any support for fast charging, which is a little disappointing, just as the presence of a micro USB port rather than a USB Type C port is. These are good specs, not benchmark busters.

4. Those cameras – and then there were four! 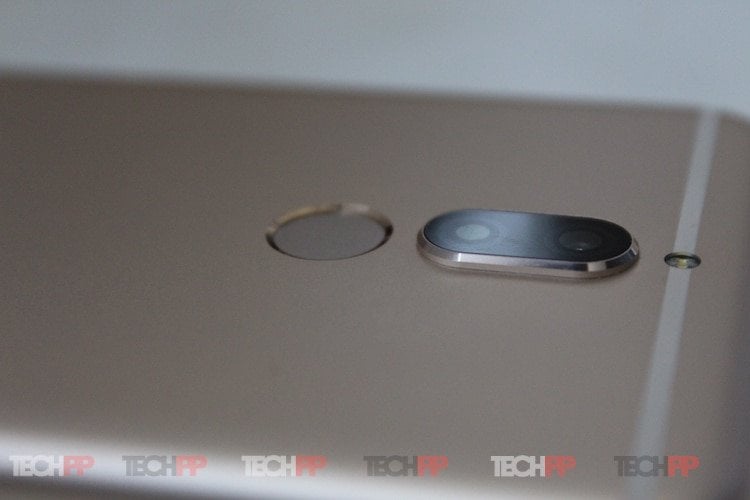 Of course, we did not mention the most outstanding feature of the Honor 9i’s spec sheet – dual cameras on both sides. Yes, the Honor 9i claims to be the first smartphone with a full HD+ display and four cameras, and bearing out the latter claim are a 13-megapixel and 2-megapixel camera combo in front and a 16-megapixel and 2-megapixel blend at the back. The roles of the lesser megapixel cameras are mainly restricted to collecting depth of field information and facilitating great bokeh. And of course, as this is an Honor device, there are stacks of shooting options in the camera app, including a Pro mode. On paper, this has the potential to be a contender for the best camera phone in the sub-Rs 20,000 segment title.

5. That UI and OS – Nougat flavored with EMUI 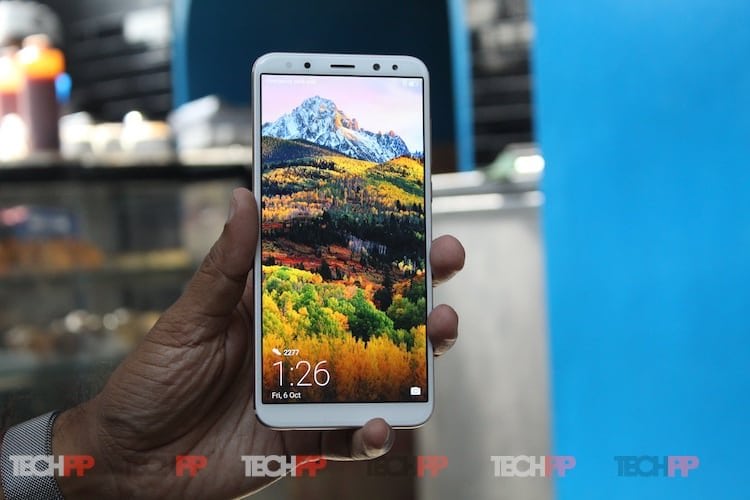 The Honor 9i runs on Android 7.0 with Huawei’s EMUI 5.1 overlay. The overlay will annoy the stock Android brigade, but we must confess to having been impressed by EMUI of late, especially with its performance on the Honor 8 Pro. It is clean, smart and fast. Mind you; we hope an update to Android 8 comes soon, as the smell of Oreo is very much in the air.

6. That price – not too many bucks 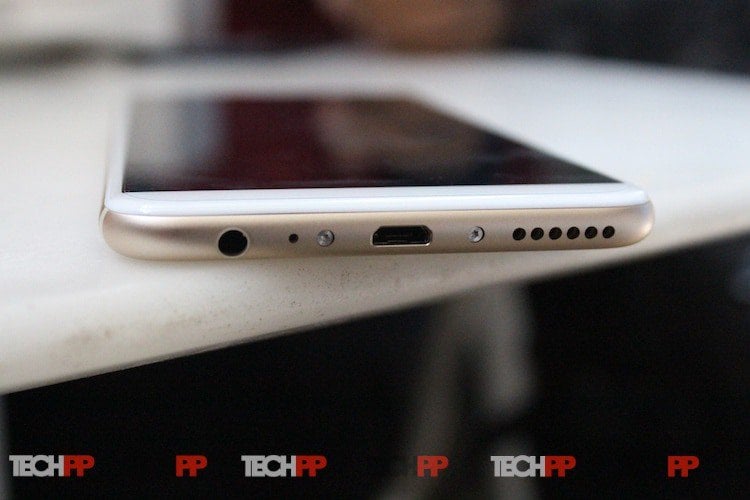 That futuristic display, those four cameras and that decent hardware packed into a compact and smart frame will set you back by Rs 17,999. That price tag places it interestingly close to Honor’s flagship of 2016, the Honor 8, which has recently received a massive price cut. But when you consider the build and specifications of the device, that seems a very competitive price indeed.

7. That headache to the competition? Perhaps… 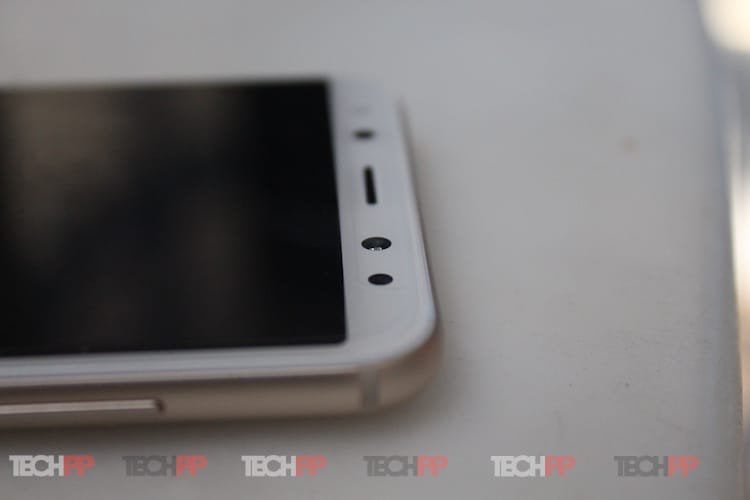 In the 18:9 display range, there is no doubt that the Honor 9i stands in a zone of its own, being better specced and designed than both the Canvas Infinity and LG Q6, which have lower price tags but have more modest spec sheets. But we suspect its real challengers are going to come from the stock Android toting Moto G5s Plus and Xiaomi A1, both of whom offer Snapdragon 625 processors with 4 GB RAM and 64 GB storage combinations as well as dual rear cameras. The Honor 9i takes them on with its larger and higher resolution, yet surprisingly more compact, display and its dual-dual camera combination. Stay tuned to find out how well it fares in our detailed review.

Was this article helpful?
YesNo
TechPP is supported by our audience. We may earn affiliate commissions from buying links on this site.
Read Next
Poco F3 GT: Made of Mad-deningly Good Design
#First Cut #First Impressions #hands on #Honor #Honor 9i