The rumor mill is abuzz with the impending launch of OnePlus 5T. As we had reported earlier, OnePlus is expected to launch an updated version of their current flagship smartphone, the OnePlus 5, sometime next month. We now have access to some screen grabs which apparently show the teasers from the company’s own website with information on the OnePlus 5T. 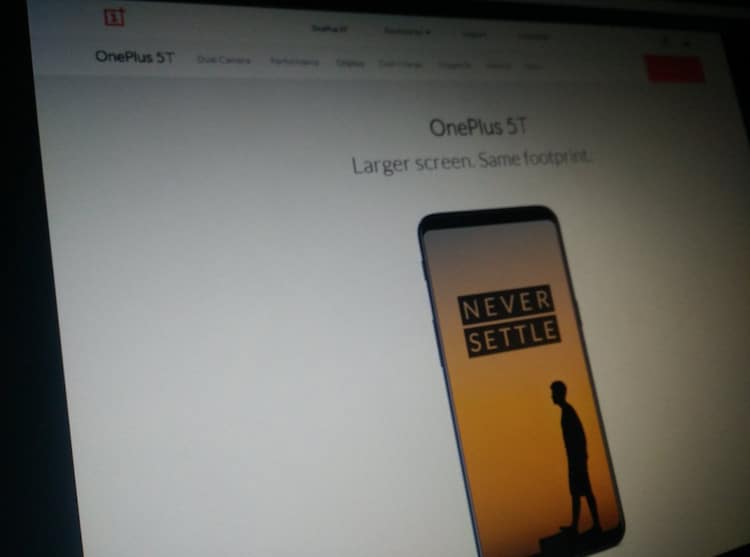 One of the photos shows a big (possible 5.99-inch) smartphone with 18:9 bezel-less display, with the FHD+ resolution. It reads “Larger Screen. Same Footprint”. This coincides with the earlier rumor of OnePlus updating the 5 to 5T with a bigger bezel-less display and virtually keeping everything else the same. In fact, the OnePlus 5 is out of stock in the US for a few days now, and that has added fuel to the fire. 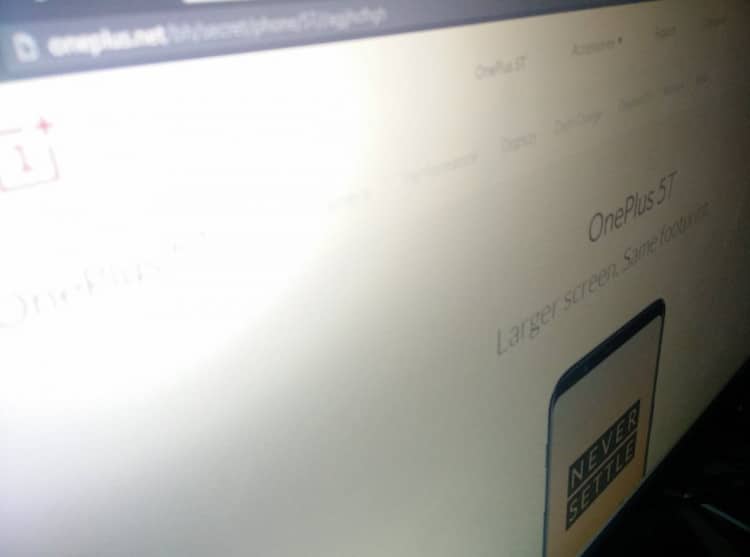 The leaked pictures show a nearly bezel-less phone with a small panel (chin?) on top and an equally sized panel on the bottom. And yeah, the fingerprint scanner has gone missing. The phone curves neatly around the edges on all the four sides giving it a classy look. The curves look more pronounced than what we see on the OnePlus 5. Going by the tagline, OnePlus has possibly managed to keep the size (and weight) on the 5T closer to what we had on the OnePlus 5. 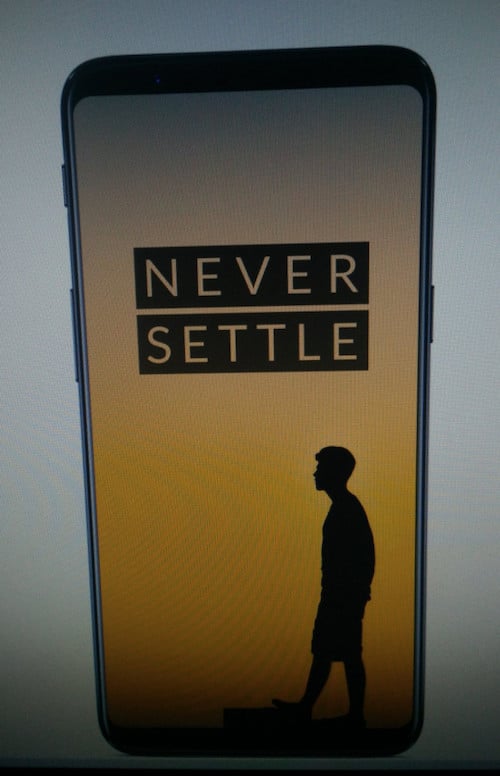 Another rumor mentions about OnePlus adding a dual camera to the front, thereby sweetening up the deal further. If you remember, the OnePlus 3T had upgraded the selfie camera from OnePlus 3, so this rumor doesn’t seem out of place either.

Is OnePlus 5T a modified version of Oppo R11s? 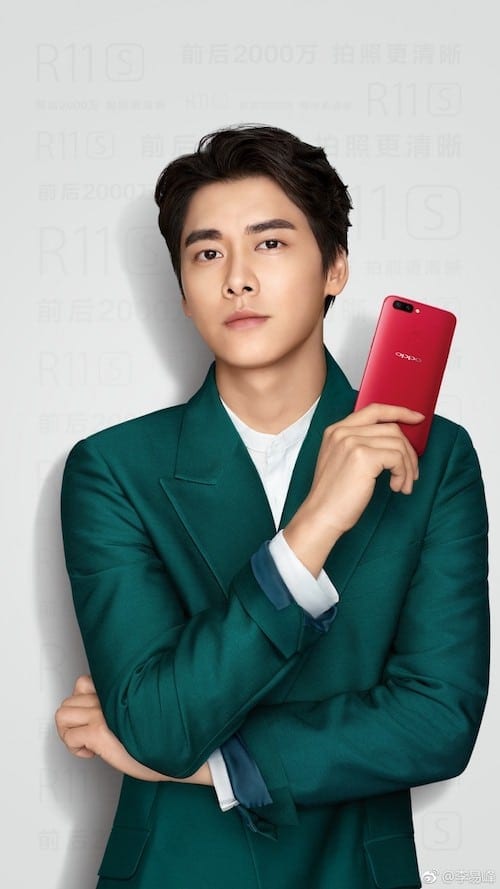 Another important part of this jigsaw puzzle is the upcoming launch of Oppo R11s in China. Oppo, which is hugely believed to be the one calling the shots at OnePlus has scheduled a launch event for the R11s in China on November 2. If you remember, the Oppo R11 launched just a couple of weeks prior to OnePlus 5 and never made it to the global markets. Considering that precedence, the OnePlus 5T might be a slightly tweaked version (like the Alert Slider) of the R11s and should be launching in a few weeks from November 2. The R11s is expected to sport the Snapdragon 660 as against the Snapdragon 835 on the OnePlus 5T.

Update: As per a new leak, the Oppo R11s is expected to sport a 20MP + 20MP dual camera on the rear. Will that mean the OnePlus 5T will also come with an updated dual rear camera? Interesting!

What do you think of the OnePlus 5T? Do you like the design?

TechPP is supported by our audience. We may earn affiliate commissions from buying links on this site.
Read Next
OnePlus Nord Watch vs Amazfit GTS 2 Mini New Version: Which One Should You Buy?
#oneplus #OnePlus 5 #OnePlus 5T #rumors