Cameras on the iPhones have been one of the USPs of the device for a while now. Time and again the cameras on the iPhones have pretty much been the benchmark for other devices, and there is a reason why: they take great pictures. So great that we have seen so many ad campaigns by the company around its cameras – the very popular “Shot on iPhone” campaign. Apple has launched the iPhone 8 and the iPhone 8 Plus in the Indian market and while everyone is going ga-ga over the iPhone 8 Plus with its dual camera sensors and portrait lighting, the iPhone 8’s camera has taken a backseat. But would it be really fair to judge a phone’s camera by the number of sensors on it? We have been using the iPhone 8 as our primary camera for a while now to find out. 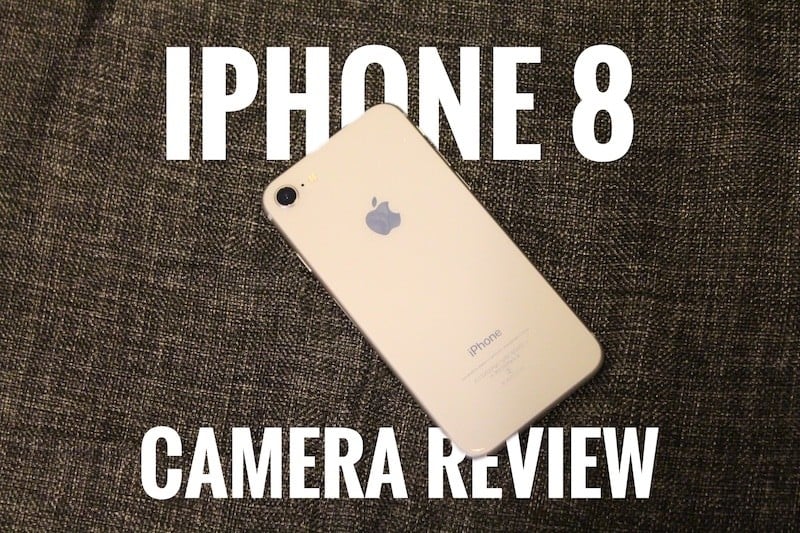 The camera app on the iPhones has been pretty basic, and while some people were expecting to see a few fireworks with the introduction of iOS 11, the camera app still remains largely the same. And unlike the iPhone 8 Plus that has a few additional photography tricks up its sleeve, the interface on the iPhone 8’s camera app remains more or less unchanged.

The camera app has a circular white shutter button right in the middle; there is a gallery icon on the left and the camera switch (from rear to front) icon on the right. Above the shutter, the app offers different modes of shooting that includes Photo, Video, Slo-Mo, Time-Lapse, Square, and Pano. Bang in the middle and hogging most of the display is the viewfinder which allows you to look at the subject and focus. Right on top, the app has the flash icon which has three options, i.e., Auto, On, Off. Alongside the flash, there is the Live Photo option, Timer, and different filters. You can also swipe up from the bottom of the app to get these filters. 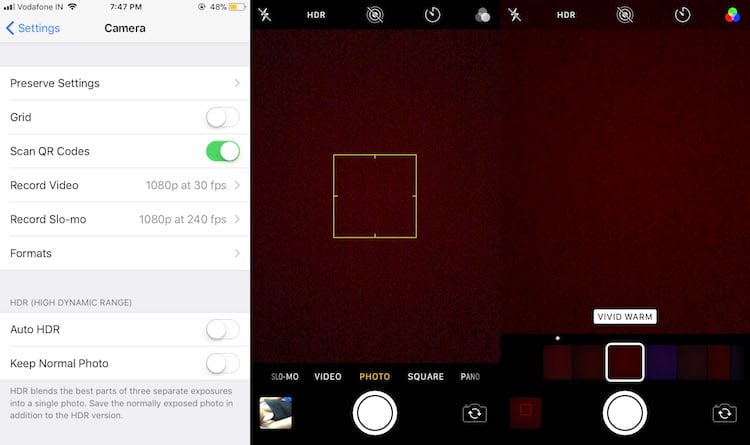 There is no settings button to play around with, but one can control the light getting in the sensor by a simple thread of actions. You first have to tap on the screen, after which a yellow box will appear. Alongside the yellow box, there is a small sun-like icon which one can drag up and down to control the amount of light getting in a frame. One can also long press the shutter button to take multiple images. While all this is pretty basic and has been there for ages, one thing that is new is the Live Photo editing mode which allows you to edit Live Photos and switch to different live filters.

Just like the camera app, nothing has really has changed in terms of numbers in the cameras of the iPhone 8 as compared to its predecessor, the iPhone 7. The smartphone comes with a 12-megapixel rear camera with f/1.8 aperture, 5X digital zoom, PDAF, OIS, and quad LED flash. On the front, the iPhone 8 has a 7-megapixel selfie shooter with f/2.2 aperture. But all this does not mean that the iPhone 8’s camera does not come with a few special tricks of its own – it can shoot 4K videos at 60fps and can record slow-motion videos at 240fps in full HD (1080p).

Now that the textbook information is over let us get to the good part: how the camera actually performs.

It is pretty much out there that the iPhones have had a great past when it comes to the camera and well, the iPhone 8 maintains that standard. Indeed, we even think it takes it further ahead.

The primary camera performs remarkably well under most conditions. However, an important point to note is that the iPhone 8’s camera comes with auto HDR mode on, which takes three different pictures and then combines the best of them into one. As it works speedily enough (unlike HDR modes in other devices), we would not advise turning this off. But if you are a fan of ‘normal’ photography, you can turn it off – interestingly, this option is not available in the camera app itself, but you have to go to the Settings and then go to Camera and turn this feature off. 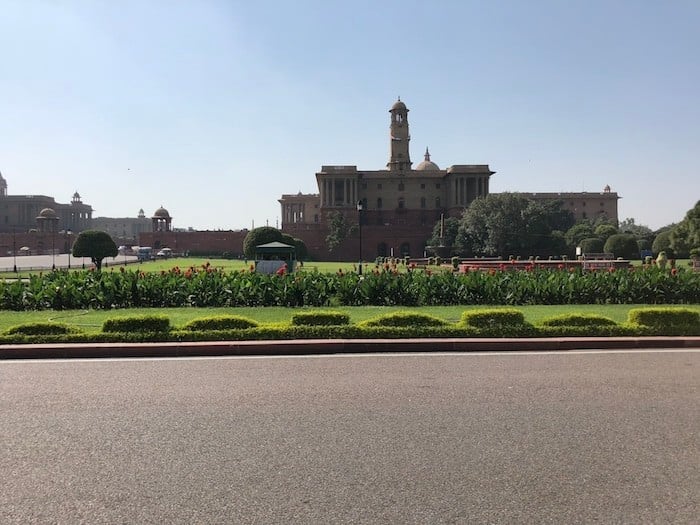 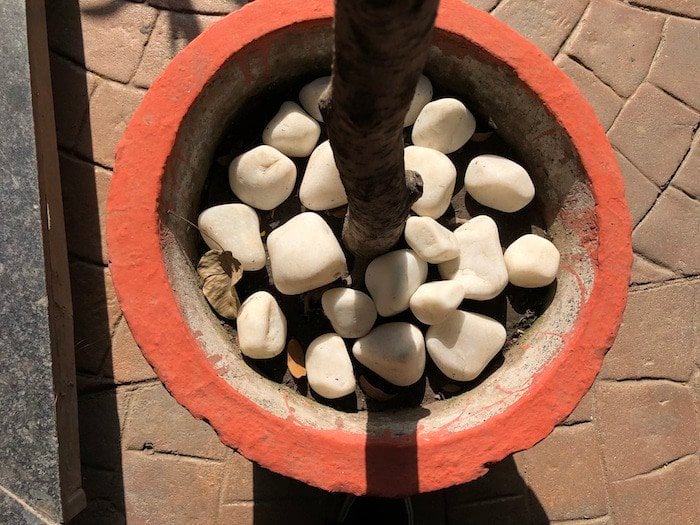 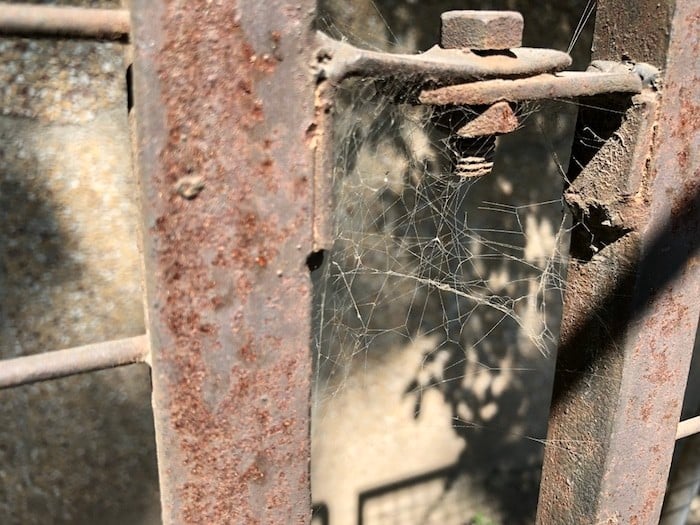 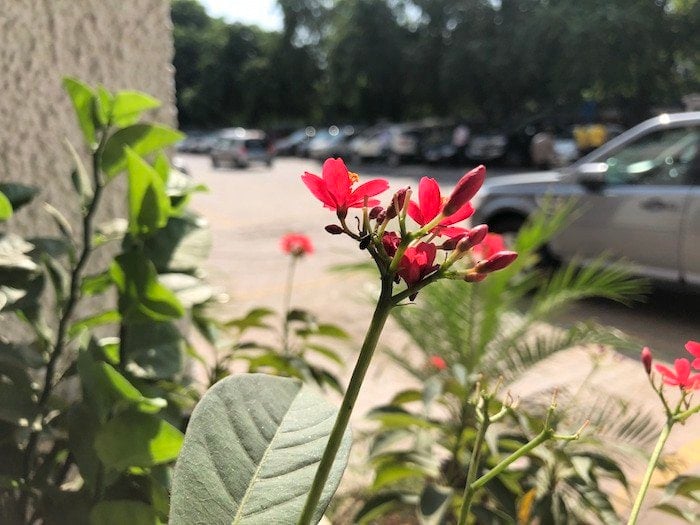 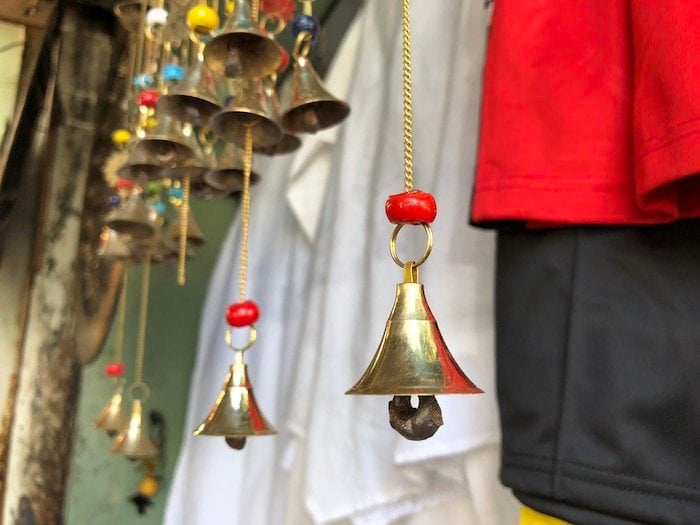 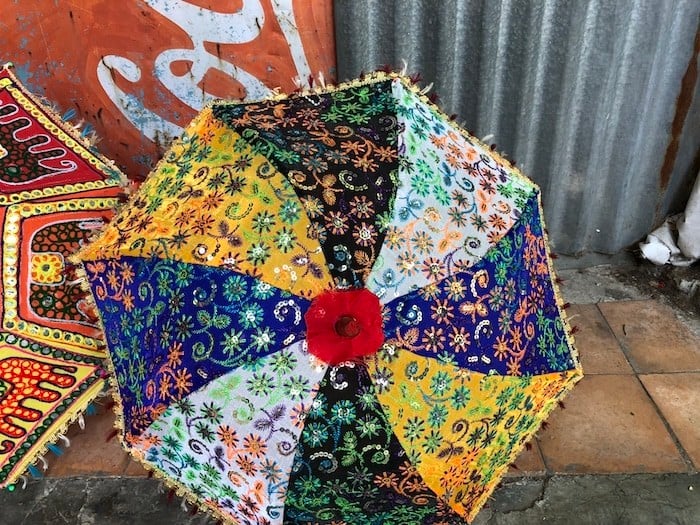 We took various landscape, portraits and long shots with the phone and most of them came out beautifully. But what impressed us the most were the close-up shots. The detailing in the close-ups pretty stunning in most cases (as we had highlighted when we took a close up of a spider’s web when the iPhone 8 actually outperformed the brilliant camera on the Samsung Galaxy Note 8). The camera also produced beautifully deep and sharp bokeh in most of our close-up shots which seemed better than the bokeh produced by some of the dual camera phones – it not only blurred out the background perfectly but also helped the subject stand out. Makes you wonder about those dual camera claims! Mind you; there were times when the phone refused to focus when we took the camera too close to the subject – this is not a macro lens. 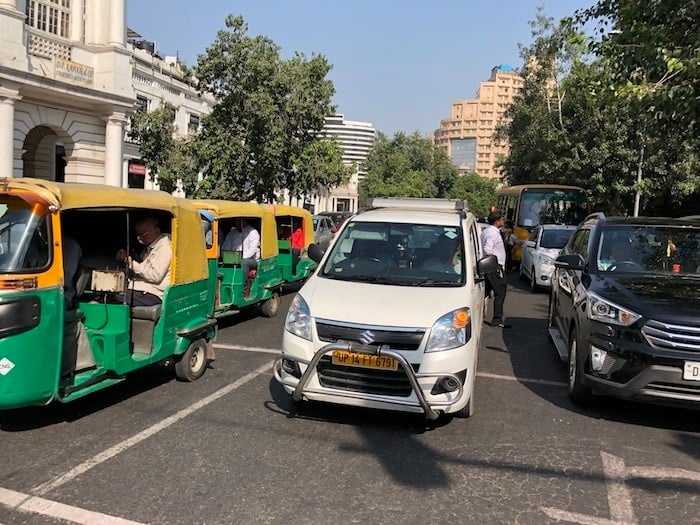 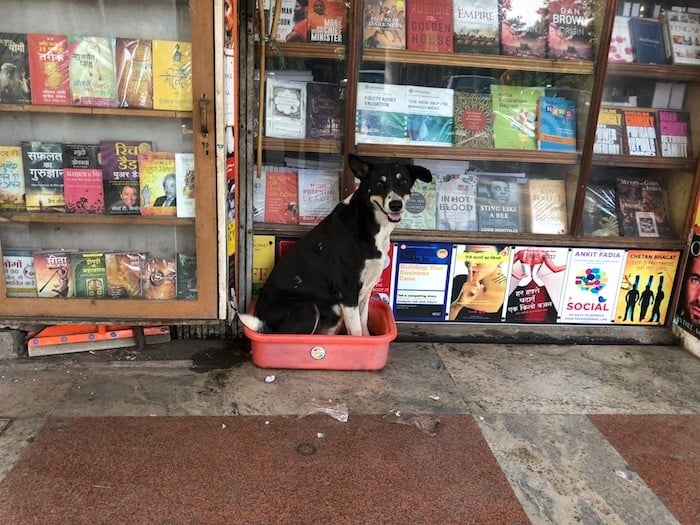 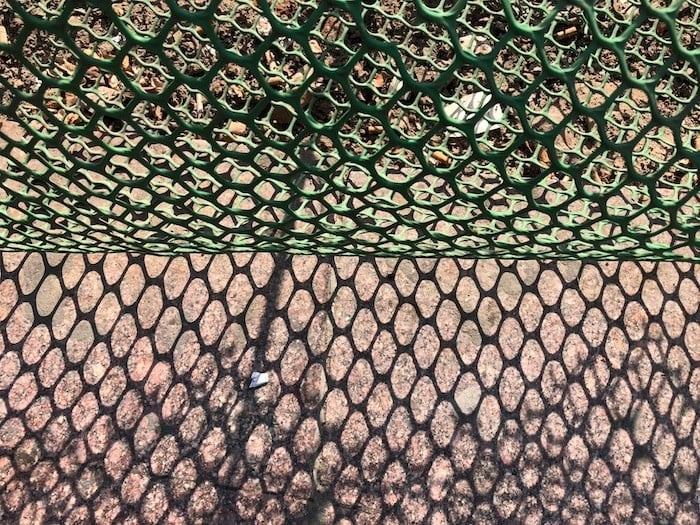 The phone passed with flying colors in terms of detailing and color reproduction. These two major factors were pretty much on point in most of the photographs. Zooming into a picture did not bring in pixelation as much as in the past and colors were very close to what we saw in reality. And it handled moving objects well too – you can take pictures of your super hyper pet or moving car without getting a blurry result.

A big problem with the iPhone’s cameras has been their low light performance, which Apple tackled with the iPhone 7 and 7 Plus, both of which were very good low light performers. The 8 is no different. It picks up different hues and shades – it delivered some exceptional twilight pictures. Yes, a bit of noise crept in when we moved to low light environments, and zooming in was not as much fun as it was in pictures taken in good lighting conditions. But all said and done; the iPhone 8’s camera did help us achieve some major low light photography goals. Oh and set some new ones. For a phone’s camera, especially. 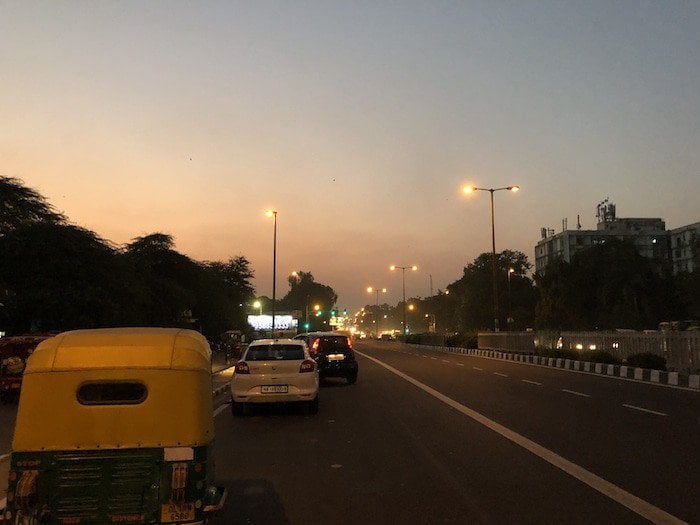 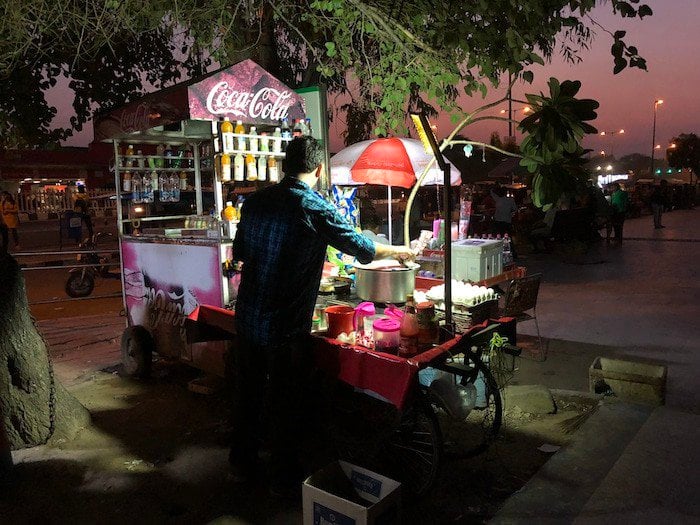 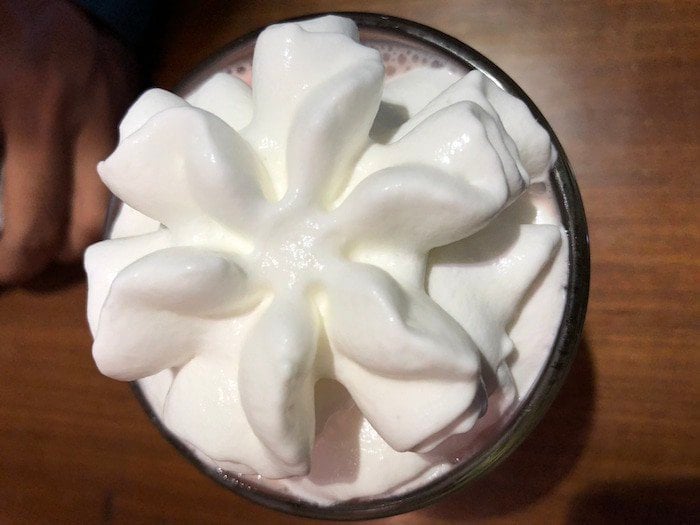 The 7-megapixel front camera also largely impressed us. The selfies taken in sufficient light, may it be indoors or outdoors, worked quite nicely and while there was noise in the pictures taken by the front camera, they still turned out to be pretty good for one’s Instagram. But taking selfies in low light seemed like an issue – a lot of noise got in when we tried to take selfies in low light, and the front flash could not save the snaps. 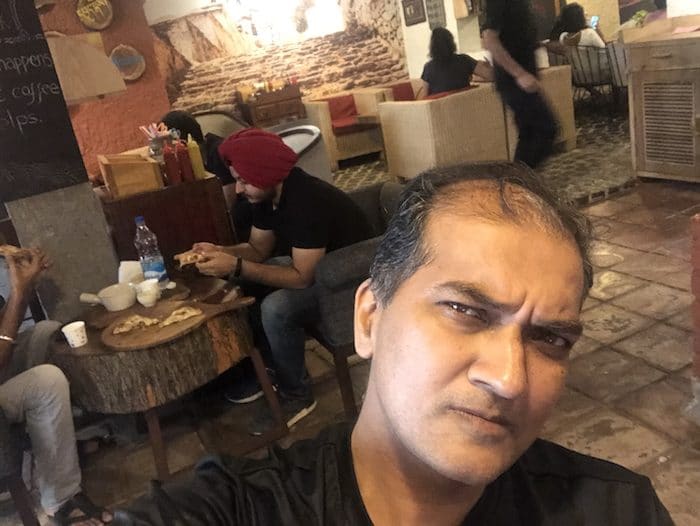 Videos taken by the iPhone 8’s camera were again impressive. There were no lags, no stutters. One of the great things about taking videos on the iPhone 8 was the fact that although the phone does not come with an optical zoom like its elder brother, but you can definitely use 1x or 2x digital zoom without really hurting your video quality.

One small step forward for Apple, one giant leap for phone camerakind?

While many people have complained that there are not enough changes in the iPhone 8’s camera as compared to the iPhone 7’s (which is true as the shooting experience and the specs on both the device remains largely the same), we would say that in terms of performance, the iPhone 8 is significantly better. It cannot be denied that the company has not taken a super long jump from where it was with its previous model in spec terms- many expected dual cameras and portrait mode and maybe even dual front cameras – but even then, we would say that this does qualify as one of the best smartphone cameras out there. Yes, it is single lens but is good enough to give those dual lenses a run for their money. And yes, we will be comparing it with the iPhone 8 Plus. Stay tuned.

In the meantime for all those counting lenses on a device, we have a word of advice:

Do not underestimate the power of one (camera).

Was this article helpful?
YesNo
TechPP is supported by our audience. We may earn affiliate commissions from buying links on this site.
Read Next
Alert! You’re Hiding Sensitive Information From Your Images on iPhone W...
#apple #Camera Review #iPhone 8