HTC has today announced a cheaper variant of its flagship U11 phone with the launch of the U11 Life. The headlining feature here, apart from the inherited design traits, is the presence of Android One. As rumored, the U11 Life, in regions except for the US, will run stock Android Oreo out of the box. In North America, however, the phone will feature HTC’s own Sense UI. 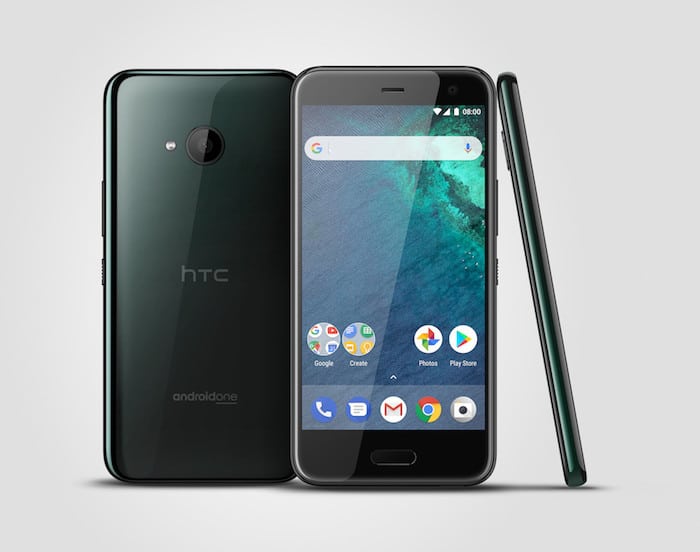 The U11 Life also features the company’s Edge Sense technology that lets you perform actions by squeezing the sides of the phone. It also flaunts HTC’s “liquid surface” design that fits two glossy panels into a metal frame. Although the back panel is now acrylic instead of glass, and it feels subsequently less premium. Like the U11, the U11 Life is even IP67-certified and lacks a standard headphone jack. There’s also a fingerprint sensor embedded under the home button.

As far as the specifications are concerned, the U11 Life features a 16:9 5.2-inch 1080p LCD panel up front. It’s powered by Qualcomm’s Snapdragon 630 chipset, 3GB of RAM, 32GB internal memory which is expandable and a 2600mAh battery. The camera arrangement includes two 16-megapixel f/2.0 lens on the front as well as the rear.

The HTC U11 Life will available unlocked on the company’s website starting today for $349. An update to Oreo for the North American model is expected to arrive before the end of November. Availability and pricing for the rest of the regions is not yet revealed. You can also buy it in the Sapphire Blue color option.

Guess who’s back? The Xiaomi Mi A3!
Read Next