When was the last time you saw a Rs 6,500 phone steal the limelight from the launch of another phone that was priced more than twice as much? Well, we suspect that is exactly what happened when Xiaomi unveiled the Redmi A1 at the launch event of the Redmi 11 Prime series. The A1 was supposed to be an add-on, the “one more thing” in Applespeak to the main products, but ended up stealing the thunder from the Redmi 11 Prime in terms of attention. 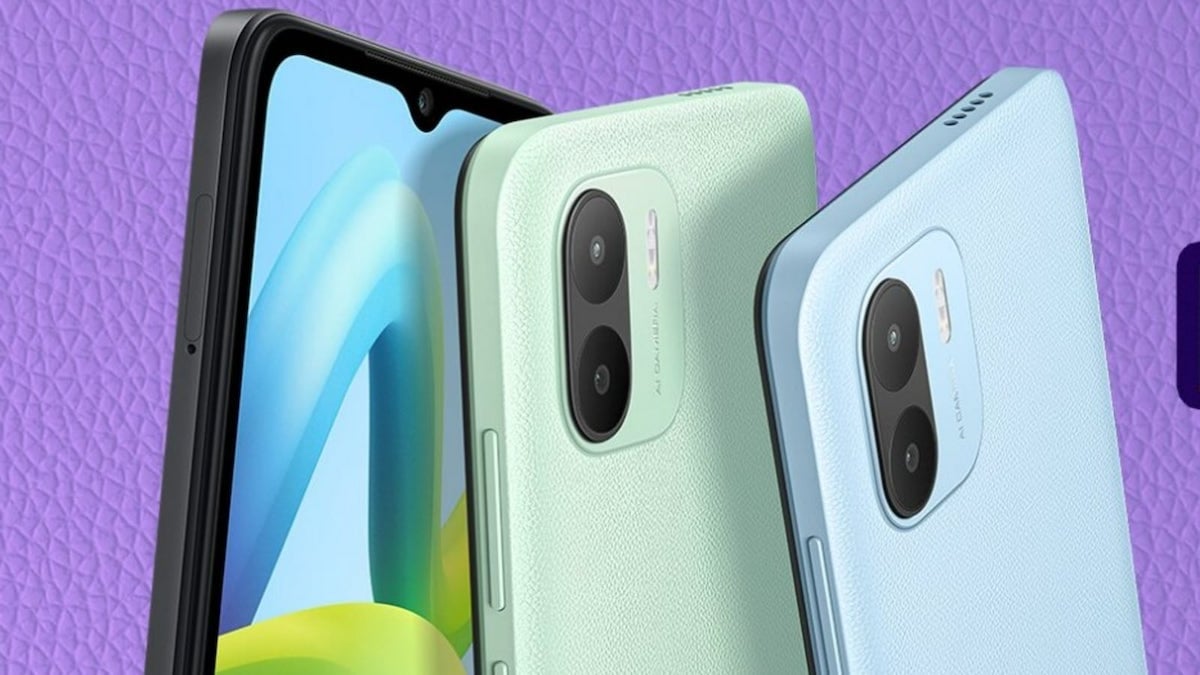 Redmi A1: Note-worhty surprise, but not like the Note

The Redmi A1 made such an impact because it was very unlike any phone that Xiaomi had released in a while. In fact, some would say that it is the biggest surprise Xiaomi has sprung on the Indian phone market since it stunned everyone by bringing high refresh rate AMOLED displays to its Note series at surprisingly affordable prices in 2020. But while it raised eyebrows as the Redmi Note 10 Pro did in 2020, the Redmi A1 is a very different device from not just the Note series but from any Xiaomi phone released for a few years. In many ways, it follows a different path from other devices Xiaomi has launched since arriving in the Indian market in 2014.

Ever since its arrival on Indian shores, Xiaomi has been bossing the market by following a “great specs at an amazing price” formula. While it started building its market share from the sun-Rs 10,000 category, it has, in recent times, moved well beyond it. The best-selling Redmi Note series starts well above Rs 10,000 and goes beyond Rs 20,000 as well. It is not as if Xiaomi has taken its eyes off the sub-Rs 10,000 segment. The brand has regularly released devices with the A suffix and the Prime series. But there has been a shift in terms of attention to higher price points over the past years. And this shift has been even more emphatic over the past year as component prices have risen and availability dipped in a Pandemic-hit world.

Redmi A1: Xiaomi returns to the super-affordable smartphone segment

At a time when Xiaomi’s attention seems to be largely focused on the Rs 10,000 and above market, the Redmi A1’s arrival perhaps serves as a reminder that the brand is by no means done with the four-figure price zone. At Rs 6,499, the Redmi A1 is the most affordable Xiaomi phone launched in India since the Redmi 9A, which was launched two years ago at Rs 6,799 as Desh ka Smartphone, the smartphone of the (Indian) nation.

However, the Redmi A1 is a very different kettle of fish from the A-suffixed Redmi devices of the past. Those were supposed to be the super affordable end of a single number series – there would be a Redmi Note X, a Redmi X Prime, a Redmi X, and a Redmi XA, in descending order of affordability. The Redmi A1 has no real affiliation to any such Note or Prime number. It is very much a device in its own zone.

And perhaps the biggest sign of its “independence” is the fact that it is the first Redmi device to be released in India without Xiaomi’s iconic MIUI interface. The Redmi A1 runs on what Xiaomi terms “clean Android 12” – it is interesting to note that the brand refused to use the S(tock) Android term to refer to the UI on the device. Xiaomi claims it has gone with this less feature-rich interface because the A1 caters to an audience that just wants a phone to work smoothly with minimum fuss and is not interested in bells and whistles.

This is a clear departure from its thinking in the past, which pushed MIUI as the best Android interface around. Some industry observers claim that Xiaomi might have also opted for a close-to-stock Android UI for the device because its recent MIUI versions would simply have not run well on the very low-end specs of the phone – an Helio A22 processor with 2 GB RAM and 32 GB storage.

This also brings us to the spec sheet of the A1. Unlike in the past, where Redmi A suffix devices used to come with relatively new lower-end processors, the A1 comes with a MediaTek Helio A22 processor that was launched way back in 2018. For the record, the Redmi 6A, which was launched in 2018, was powered by this very chip. The other specs of the phone also do not make any claim to modernity – a 6.52-inch HD+ LCD display, 2 GB RAM, 32 GB storage (albeit with a dedicated memory card a lot), 8-megapixel main sensor, and 5000 mAh battery.

Unlike other super affordable Redmi phones, the A1 does not even try to claim to have good specs for its price. Instead, it focuses on delivering a smooth and “clean Android experience” at a surprisingly low price. Yes, you read that right – Xiaomi is actually not pursuing the specs of a phone released by it. There was not even the usual “comparison chart” showing how it compared with other models in the same price range. See what we meant when we said this was a very different phone by Xiaomi standards?!

Redmi A1: The first of a stock Android series? Or Xiaomi’s version of Android One

There is also a theory that the A1 is actually the lower end or what could be tech enthusiast-oriented A series of phones from Xiaomi, where A stands for Android in a clean form. Devices in this series, it is rumored, will run on near-stock Android rather than MIUI and will be priced all the way from Rs 6,000 to Rs 25,000. We do not know if that is true, but Xiaomi did have a reasonably successful A series of Android One phones in collaboration with Google not too long ago. Those ran stock Android, but update issues ended the series and, indeed, the Android One initiative in general.

It would be naive to say that the Redmi A1 could be in any way linked to the Mi A1 of Android One that Xiaomi launched in 2017. That was a mid-segment device, while this is an out-and-out lower-end, super affordable “first smartphone” for those on a very tight budget. But it also cannot be denied that the Redmi A1 bears almost all the hallmarks of the initial Android One phones, minus the association with Google and the assurance of regular Android updates. It has the same stress on giving users a clean and uncluttered experience at a very affordable price. As per some of our sources, Google’s non-involvement in the Redmi A1 might not be a bad thing, as the search giant is seen by many as having let down the Android One initiative by not releasing timely updates. The Redmi A1 has no such commitments hanging over its head. All it has to do is perform. In many ways, it follows a template made famous by Nokia – of focusing on doing the basics right. And that template worked!

Of course, a lot will depend on how well the Redmi A1 actually does in performance terms. We will let you know in our review of the device in the coming days. As of now, we can simply say that it is the most different device in the market, not just from Xiaomi but also in its price segment. And if it turns in a good performance, it could well do what Android One failed to do – make a clean Android experience affordable and mainstream.

Was this article helpful?
YesNo
TechPP is supported by our audience. We may earn affiliate commissions from buying links on this site.
Read Next
20+ Best Google Doodle Games You Should Play [in 2023]
#Android One #google #Mi A1 #Opinion #Redmi #Redmi A1 #xiaomi