HTC has finally unveiled two new members of its U series of smartphone. These include the highly anticipated Android One backed HTC U11 and a premium HTC U11+. The former has leaked many times on the internet before, but not much was known about the latter; except for the fact that it will sport a full-screen display. The HTC U11+ is by far the most premium smartphone launched by the Taiwanese OEM this year. 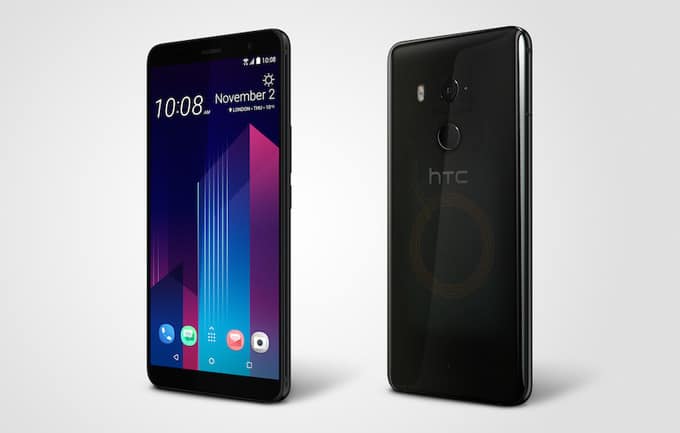 The HTC U11+ appears to be an improved U11 that was launched earlier this year. Unlike the HTC U11 though, the U11+ won’t be making its way to the US. Additionally, HTC is yet to clearly reveal the markets in which the smartphone would be available. Nonetheless, the main talking point of the HTC U11 is its large full-screen display. It features a 6-inch Super LCD display with an 18:9 aspect ratio.

Underneath the hood, the HTC U11+ features the latest generation top-end Snapdragon 835 processor. This is mated with two RAM options – 4GB and 6GB. Furthermore, the smartphone features a 12MP f/1.7 UltraPixel 3 rear camera with Optical Image Stabilization. Other features include an 8MP front camera, 3,930mAH battery, IP68 certification and a Fingerprint sensor. The U11+ also comes with HTC specific features like the Edge Sense, HTC U Sonic and much more. Interestingly it comes with Amazon Alexa on board.

Was this article helpful?
YesNo
TechPP is supported by our audience. We may earn affiliate commissions from buying links on this site.
Read Next
HTC is back after a long time with Wildfire R70 with Helio P23
#HTC #HTC U11 #HTC U11 Plus