Google’s Android One was recently resurrected and called the Android Go. As with the earlier Android One, the Go also promises an optimised hardware and better performance for budget Android smartphones. We have already seen the Android Go based on Nougat in smartphones like Mi A1 and now Google has announced Android Oreo (Go Edition) at an event in Delhi India. 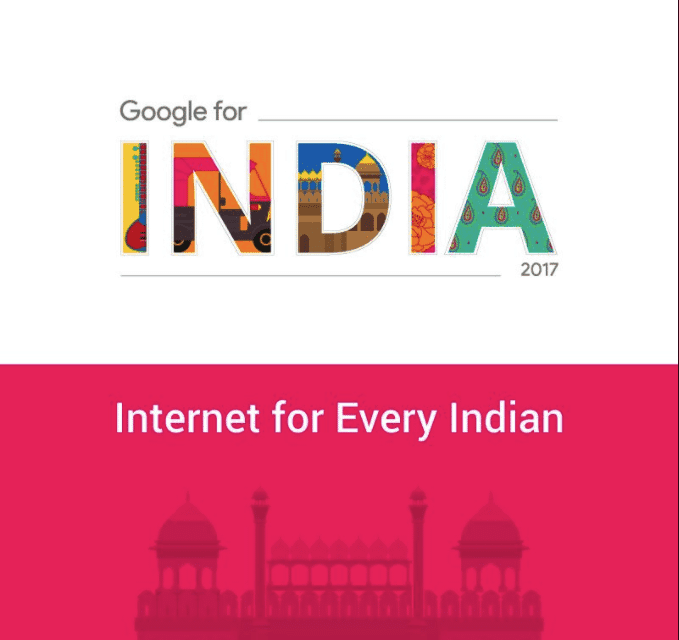 As per Google, the company has worked on optimising the Android Go such that the preinstalled app along with the OS takes up to less than 50 percent storage space. Apparently, an average app will also be 15 percent faster on the Android Oreo Go. Since the Google’s Data saver feature is turned on by default the device is expected to consume less data. As one may have already guessed the Data Saver feature had been introduced earlier on Chrome and then in the Android Nougat.

Interestingly the Android Oreo Go will come preinstalled with only nine apps including, YouTube Go, Google Maps Go, Gmail Go, Google Go, Google Play, Chrome and also Files Go. Google seems to have fine-tuned all of its apps in order to consume the least possible space (most of the apps fall within the 5MB bracket.) 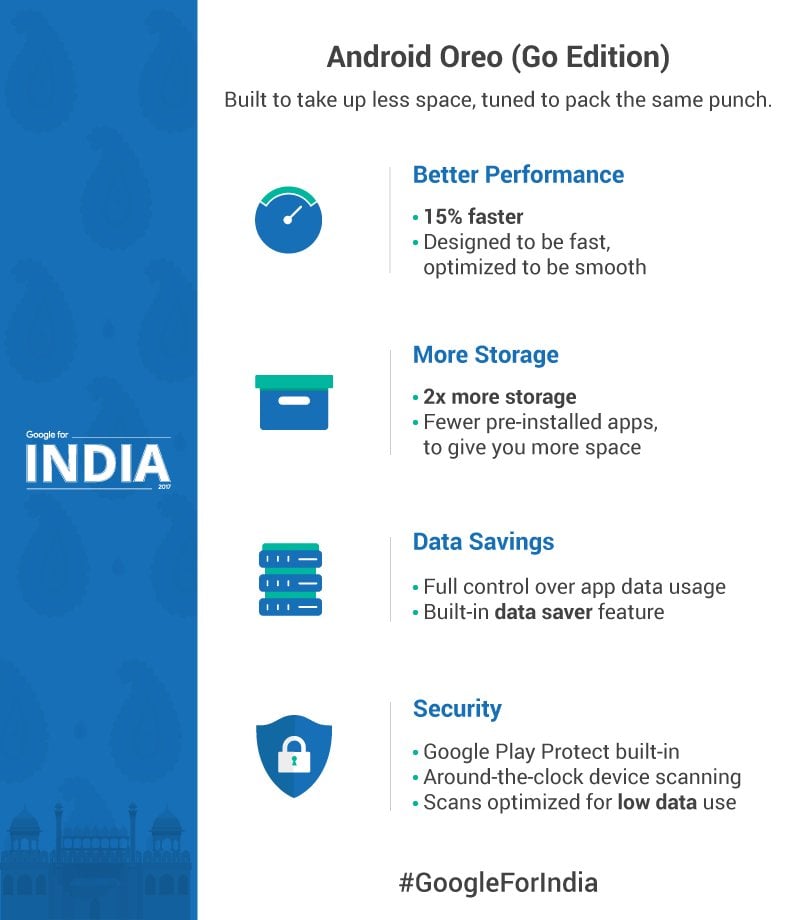 As far as the Google Play store is concerned it gets a new section that curates apps for entry-level devices. The apps are mostly watered down versions which still retain the core functionalities without the fluff. That apart Google has also announced the continual of Internet Saathi, a program aimed at empowering women. The company is also cutting down on animation options in the Android Oreo Go so as to make the UI transitions much smoother and devoid of lags.

The Android Go Oreo Edition will be available soon but the company didn’t announce an exact timeline for the same. In the post-Jio era, the mobile internet penetration has skyrocketed and the overall data consumption has also hit the roof. Incumbent’s like Airtel and Vodafone are aggressively bringing in their own subsidised devices to counter the Jio dominance.