Android One was an ambitious project by Google. The company intended to bring sub $100 smartphones with specifications that would provide decent performance and fast over-the-air updates to the latest version of Android directly from Google.

Android One targeted emerging countries and had made its debut in India. The idea was to team up with local manufacturers and create devices. The project initially received a good response from local manufacturers but then for the second generation, only Lava came to support Google in India. 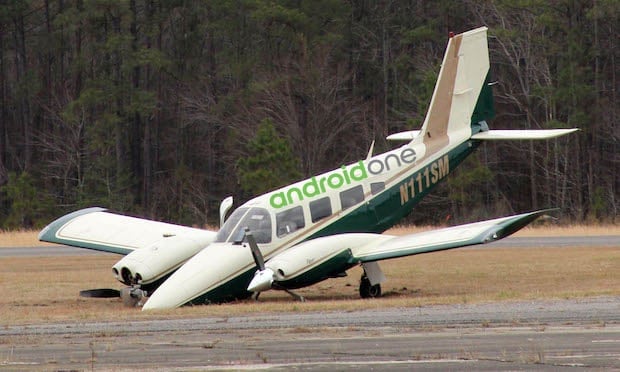 There are reports that Android One is now being watered down giving OEMs the ability to use any components as they wish rather than the ones Google specifies, and also changes have been made to Google’s update policy. In an update to Google’s update support page earlier this year the software situation changed. It reads

Android One phones receive the latest version of Android from Google’s hardware partners. Google’s partners send updates based on their schedule – trying to get them to you as soon as possible. All partners have committed to provide software updates for at least eighteen months after the phone’s initial public launch. This means that all phones will receive at least one major software update and several smaller security updates

Assuming that as rumored, Google gives OEMs the ability to use any component they wish to use, then this will obviously lead to hardware fragmentation. With fragmentation, it would be difficult for even a company like Google to keep updating the devices since for every device a separate team has to be created as the devices use completely different components. So its without any surprise that the software update part is being given to the Android One manufacturers themselves, but will they really stick to their promise of 18 months update? Only time will tell. But if these changes do take place, then Android One will be almost dead. The entire aim of the project was to standardize the speicifcations of devices and provide regular Android updates, the rumored changes completely kill that aim. 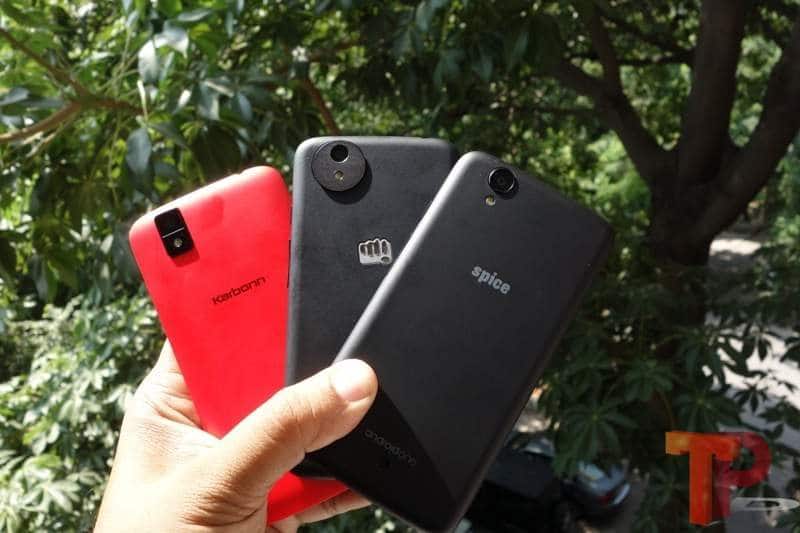 Keeping the proposed changes aside, Android One didn’t quite sell well. Many research firms said that the devices fared poorly in India when the first gen of Android One devices launched. Demoralized by the response, when it came to the launch of second gen Android One handset only Lava came to Google and Lava’s model also didn’t sell well.

So what went wrong?

For someone to be interested in Android One they most presumably need to be a tech enthusiast. Sure the smartphone can also appeal to non-tech people, but for the most part normal people don’t care about software updates. For most non-tech people what matters the most for them is a particular set of apps to be working for them. Most people who aren’t tech enthusiasts really don’t care what Android version their smartphone is running on as long as the apps they use daily work without a glitch. Thereby selling Android One to these people on the promise of software updates alone wasn’t going to work. This left the Android One primarily for tech enthusiasts.

The sub-$100 smartphone market isn’t really the place where one could find tech enthusiasts, sure there are quite a few of them, but if you’re someone whose bothered about having the latest version of Android running on your smartphone, you would want to couple that with equally good performace and probably buy a Nexus.

The specs of Android One were nothing to fall for and especially nothing that a tech enthusiast would consider settling with. Android One devices didn’t have decent specs even compared to what the competition was offering.

Personally, I’m a firm believer that a smartphone’s software matters as much as its hardware. Android One was running pure stock Android whereas Redmi 1S was running MIUI that had heating problems that were subsequently resolved by a software update, but Redmi 1S’ hardware was without any doubt much better than Android One. Also when considering that we are talking about $100 smartphones, these specs difference had some great impact on performance. 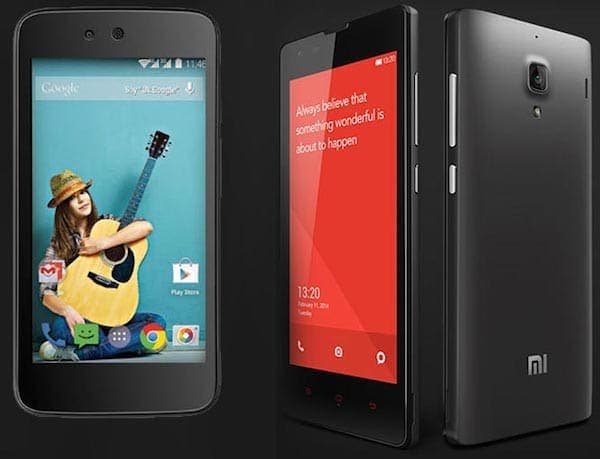 As we mentioned earlier, there are some tech enthusiasts that buy $100 smartphones. These tech enthusiasts would most probably buy the Redmi 1S instead of Android One. It’s possible to change the software of an Android device whereas impossible to change the hardware of any smartphone given how integrated they are. It’s very easy (for tech enthusiasts) to root their Redmi 1S and install CyanogenMod instead of MIUI and have a stock like Android experience similar to that of Android One, however it’s impossible the other way round i.e to upgarde Android One’s specs and make it match to that of Redmi 1S.

This made the Android One not appeal to any particular segment.

The non-tech people were for the most part not bothered about software updates.

Those who actually cared about software updates would most probably go for a Nexus or another high end smartphone with top notch specs.

And those who probably had just $100 to spend and still wanted stock Android experience, would most probably select the smartphone that provides the best specs, root it and then run a custom ROM on it.

So the actual target audience are tech enthusiasts on a tight budget of $100 and not so fond of rooting and custom ROMs but still want to be on the latest version of Android. That’s how lean the target audience is.

2. Ticking off the retailers 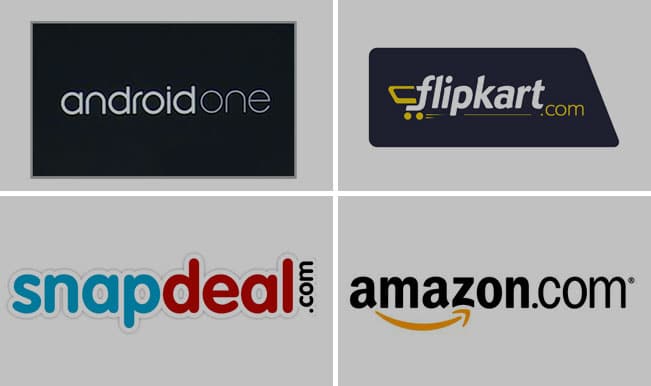 Smartphone sales on e-commerce websites are now at an all time high with latest data from Counterpoint suggesting that 1 in every 3 smartphones are sold online. However when Android One was launched in India last year, online smartphone sales were still nascent. By launching online first, Android One angered the Indian retailers.

Most of the large chain mobile shops such as The Mobile Store etc had decided to not stock Android One handsets. This was a major blow to Android One since offline sales still do mean a lot in India. In fact, a lot of companies like Gionee have been thriving because of strong distribution across retailers.

By going online only, Android One missed its chance to appeal to Tier 2 and Tier 3 town people since they generally buy from retail stores and people who buy from retail stores care less about specs and listen more to what the sales guy has to suggest. This could have given Android One a competitive edge because as said earlier Android One when it came to online sales was inferior in terms of specs to other online only smartphones such as Redmi 1S which didn’t retail offline.

The name of the manufacturer still plays an important role in the sale of a device in India. During its launch of first gen devices, Android One didn’t have any branded Tier 1 manufacturers.

There were rumors that an HTC branded Android One handset might appear but that failed to happen. Brand name does matter to Indians. Often times people associate Micromax, Karbonn, Lava & Spice as cheap rebranded OEMs.

This is also a place where Google holding on to Motorola might have come to use. By the time Android One was launched, Motorola was already with Lenovo. Had Motorola still been with Google, we could have seen a Moto device on the Android One initiative. Given the kind of block buster hit Moto E turned out to be, had the same been on Android One maybe it would have changed Android One’s fortunes forever.

Most manufacturers are now facing a dilemma. With component costs falling and smartphones being commoditized, they are operating at razor thin margins. The rise of the Shenzen ecosystem has made it possible for a team of say 10-15 people with some capital to start a mobile company and undercut existing smartphone companies.

In such a scenario, most smartphone companies look at software as a point of differentation or revenue generation. Micromax for example has been investing in startups with the aim of integrating their apps in the smartphone and make that as a unique selling point. Xiaomi’s entire business model depends on making money through software & services by selling the smartphone at cost price.

Android One prevents manufacturers from doing any of the above. Maybe this was the reason why international manufacturers never boarded the Android One train as Samsung had TouchWiz and HTC had Sense in almost every Android device they sold. Right when the Android One was announced, we had cast doubts about Android One as we thought these local OEMs would push their own competing devices against Android One. Exact thing happened.

Although this can’t be attributed as a definitive reason for Android One’s decline, but Android’s own slogan says “Be Together not the same” whereas Android One was the complete opposite, by making manufacturers have the same specs and the same software, Android One was making smartphone clones in the literal sense. Android by its very nature is known for variety. Sony have their Ultra Power saving Mode. Samsung has the stylus for Galaxy Note. BlackBerry has a keyboard and several other unique Android handsets exist through specialized software or hardware. If Android One were to be the norm and not the exception these unique Android devices wouldn’t have existed.

Was this article helpful?
YesNo
TechPP is supported by our audience. We may earn affiliate commissions from buying links on this site.
Read Next
20+ Best Google Doodle Games You Should Play [in 2023]
#Android One #google #Opinion