A long time ago,
In a galaxy far far away
On a planet
God and George Lucas know where
The following conversation took place:

“Enter you may, young Padawan.”

“We have got you the device, Master.”

“Done well, you have. Ah, but so big the box is. Contain it must, a might device…” 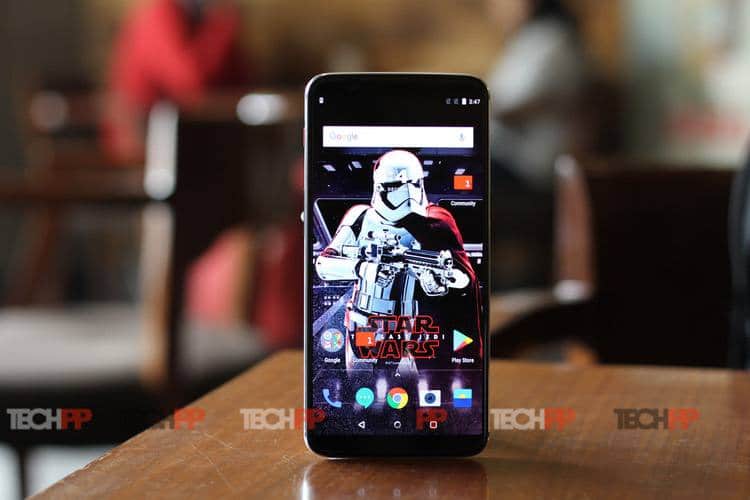 “It is the same mobile phone device they launched last month, Master.”

“Launched it again, they have then?”

“No, Master. They have added some flourishes from our universe to it.”

“Yes, master. At the core, the OnePlus 5T Star Wars Edition is the same as the OnePlus 5T that was launched in November. As you can see on opening the box.”

“Done so I have. White this is but, and of a strange texture…” 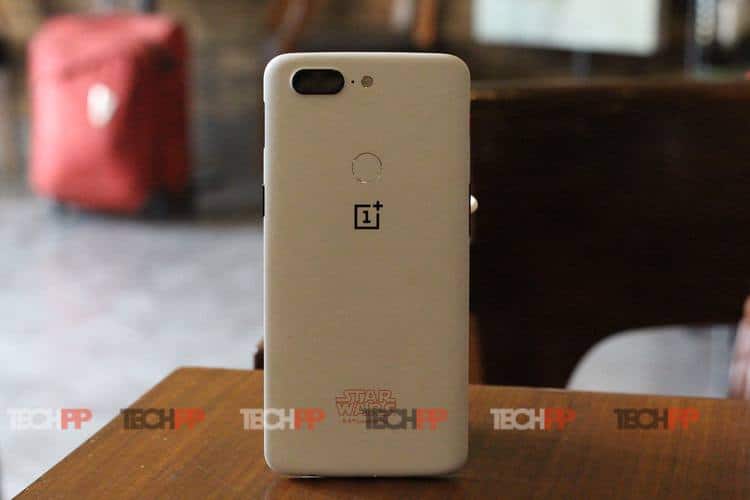 “Ah yes, Master. The Star Wars Edition of the OnePlus 5T comes with a white back with a sandstone-like finish…”

“Similar to the OnePlus One and Two, it is?”

“Not quite as rough, Master. But yes, the texture makes the phone grippy. The proportions are otherwise exactly the same as the previous one. You can see the same 6.0 OLED display, with a full HD Plus resolution (2160 x 1080) in an 18:9 aspect ratio.”

“Snappy the Dragon inside is, then, as well?”

“Yes, Master. It is a Snapdragon 835 processor, 8 GB RAM, 128 GB storage, dual cameras (20 megapixel and 16 megapixel, both with OIS and f/1.7 aperture), a 16-megapixel front-facing camera, and the same connectivity options…”

“A reddish button I see on the side. The Dark Side, does it represent?” 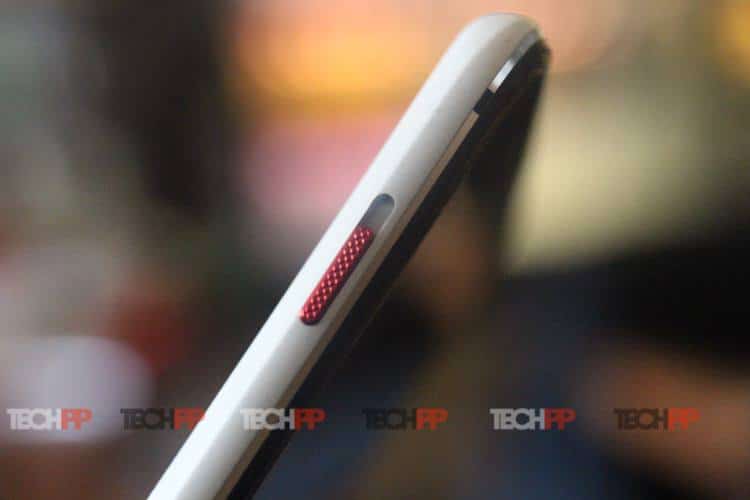 “Pressing it a lightsaber will launch, perhaps?”

“No, Master. It is a design touch. That actually is the alert slider that you see in OnePlus devices.”

“Beautiful it is, though. Changed, what else has?”

“Well, Master, you can see the Star Wars branding on the rear. Not too large, but in red, and subtle…”

“Too subtle, you would say?”

“Perhaps, Master. It does not scream ‘Star Wars’ out aloud. But it is classy, I think. My concern is more about the white back. It will pick up dust…”

“Mock not the dust, Padawan. Become it, you will in the end.”

“Yes, indeed, Master. But whoever the dust becomes, it will still mess up the finish of that phone. Which is why they have bundled a Kylo Ren inspired case…” 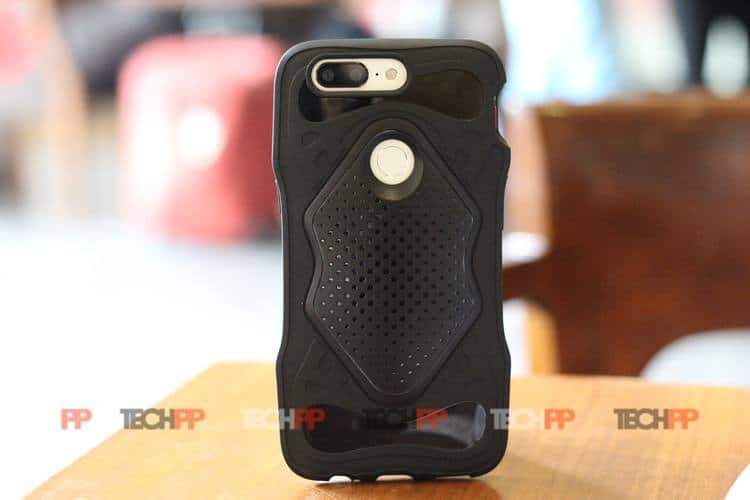 “Bulky it seems. From the back it protrudes…”

“Indeed, Master, but it gives the device a Star Wars look. After all, the red button is pretty but people will think it is inspired by the white Pixel 2!”

“Yes, yes, Master. The point is that with the case, the phone likes right out of our universe. Without it, there is just the logo on the back which is white. I wish they had gone with black or red…”

“Colour of the dark side, red is. Night, the black is.”

“Good, therefore, white is. To know, is there anything else?” 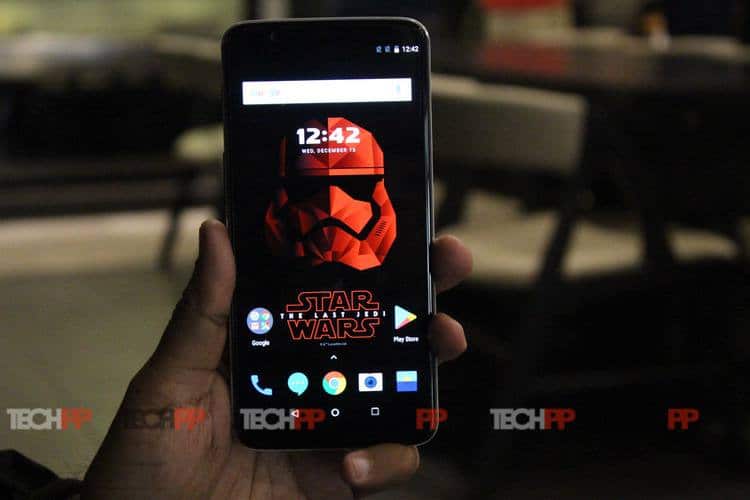 “Expected shortly, Master. And there are Star Wars wallpapers, and the notifications are a blend of black and red…”

“Of paper the walls are?”

“No, no, Master. The backgrounds of the phone’s display is what I meant.”

“Dash, the charge does?”

“Yes, indeed, Master. A day’s charge in half an hour…”

“It is basically a version of the 5T with a touch of our Universe, Master.”

“Well, Master, to an extent, if you look closely. It is subtle, classy…”

“Indeed, Master, but this phone…”

“It depends on the price, Master.” 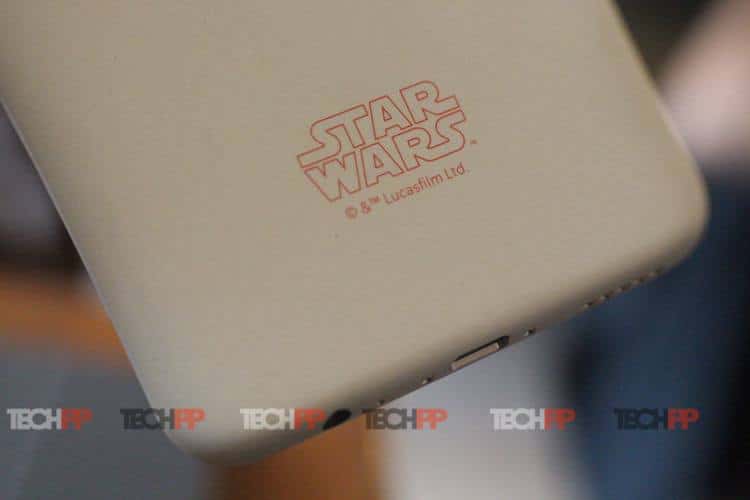 “Expensive, some will call it. But comes with epic film tie ups, does epic pricing.”

“But it looks good, has great hardware and has Star Wars on it. Do you think those with the 5T will be tempted by it, Master.”

“In us, their interest depends. Consider us useless, those who do? Will go for the 5T or stay with what they have, they will…”

“And those who believe in us, Master?’

“Tempted, they will be.”

“But will they go for it, Master.”

“But why? Do the looks matter that much? It is after all the same hardware and same frame…”

“Words but two drive the faithful, My Padawan.”

Was this article helpful?
YesNo
TechPP is supported by our audience. We may earn affiliate commissions from buying links on this site.
Read Next
OnePlus Nord Watch vs Amazfit GTS 2 Mini New Version: Which One Should You Buy?
#oneplus #OnePlus 5T #Star Wars