Ever since the launch of the iPhone X earlier this year, we were yet to see a cheap Chinese clone of the same. Apparently, the lack of availability and the high cost of the bezel-less display used in the top end iPhone was preventing the fledging Chinese manufacturers to build cheap clones of the device. However, a little known Chinese OEM seems to have found a way to produce an iPhone X clone without using a high-end display. It’s calling it the Little Pepper S11. 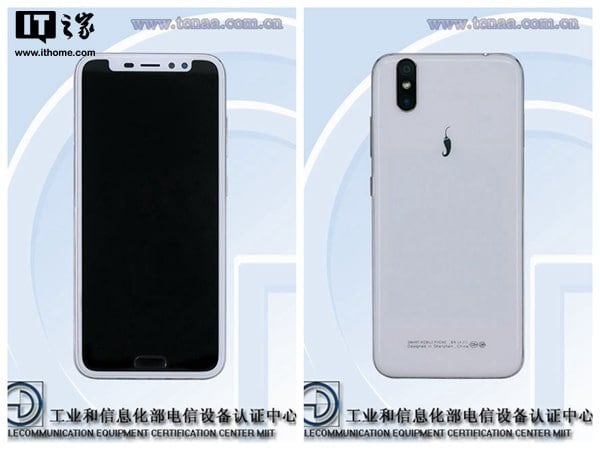 The Little Pepper S11 is yet to go official in China, but the smartphone has made its first public appearance in a TENAA. The listing of the smartphone in the Chinese certification website clearly reveals the design of the S11. The Chinese manufacturer has given an honest at trying to replicate the iPhone X, but just like in the case of every cheap clone, it’s not just there. The rear of the Little Pepper S11 comes with the vertical 13MP + 8MP dual camera setup and features glossy finish for replicating the glass finish on the original phone. The front also houses a dual selfie shooter comprising of 8MP and 5MP sensors.

The iPhone X clone features a 5.5 inch HD (1,280 x 720p) display. Little Pepper has opted for a rather cheesy implementation to imitate the notch found in the $1,000 iPhone. Instead of using a bezel-less display, the dirt cheap clone is using a standard LCD display. To reproduce the notch on top, Little Pepper has painted black bezels on top of the display, thereby giving its smartphone an iPhone X like façade when the panel is turned off.

The Little Pepper S11 packs 2,500mAH battery. Moreover, it’s said to run on Alibaba’s Yun OS 5.1.1. It comes in two color hues – Black and White. The smartphone is expected to go official in China in the coming few weeks.

Seven iPhone Samurai: Seven of our favorite iPhones
Read Next