First off, a very happy new year, sweeties. May your furniture have more bugs than the OS in your gadgets and so on, if you know what I mean.

You know, darlings, in spite of what you might all think of me, Aunty does not really know everything.

I do not, for example, know why those darlings at Apple could not have told us from the very beginning that they would slow down those iPhones when batteries got old and temperatures got low (dearies, even I get slow when the temperature goes low – oh my aching knees).

And while we are on the subject, I do not know why Bangladesh has got the Mate 10 Pro while we in Mera India are making do with the Honor V10, in spite of all those statements about India being a huge smartphone market.

But one thing I DEFINITELY know – Xiaomi is the number one when it comes to smartphones in India, honey dolls. Not only that, they are the first company to become number one in India in smartphones in three years. And with less than three hundred employees at that. Amazing. And all thanks to their amazing fans, who have always supported the brand (such fan base, dearies). 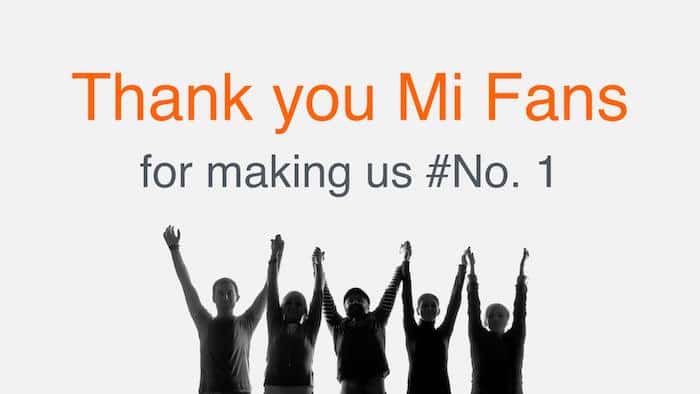 That Manu Jain. So handsome. So charismatic. So modest. So unassuming. And now, so much on social media. And now also so often reminding us that Xiaomi is number one.

Of course, he is right to feel pride in his achievement. I mean come on, darlings, it took them three years with a team of about three hundred (and that is now, sweethearts. When they started out, that Nimish told me they had barely 3-5 people in the team and one of them was that handsome Hugo – what is it with these guys and handsomes?) to beat the likes of Samsung, Sony, Nokia, HTC, LG, Motorola and even apna Micromax and Intex and all. Oh, and all those amazing fans, sweethearts. And it is not as if they have zero competition or everything they have touched turned into gold – you know the Mi 5, and Mi 4 did not do AS well as they expected and then that handsome Hugo left last year, and then new companies kept coming into the Indian market (everyone loves our almost 1 billion consumers, honeydoll), brands like Vivo, Oppo and OnePlus (it is part of Oppo and not part of Oppo, such diversity, babes) and of course Lenovo also became stronger. Anyway to cut a long saga short, what Xiaomi has achieved is nothing short of a miracle. That Manu Jain fully deserves to be on the cover of Forbes (no, I refuse to believe his PR fixed that story – there are intelligent people at the magazine too, sweethearts) and actually, I would put him on the cover of most publications out there. 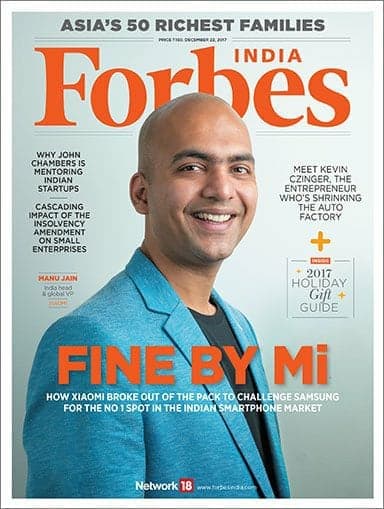 2017 was Xiaomi’s year in India. How many companies can make it to the top of the smartphone market in just three years and with barely three hundred employees, sweethearts? Oh, and those amazing fans, without whom this would not have been possible. It is amazing what they have done, and they started out online only also, and then everyone said that being only on the Internet would not work so they this year started going to normal shops, like you know, the mobile phone shop Pappu darling has at the corner, and you know, even there they have been selling phones. Amazing, no?

Mi fans! We became the No.1 Smartphone Brand in India in just a little over 3 years. A feat no one has achieved before! But there's a huge reason behind it – You, our Mi fans. Without your unmatched love and support, this day wouldn't have arrived. Here's a video talking about our journey in India and how Mi fans have defined us right from the beginning. Thank you! #1SmartphoneBrandXiaomi

I mean, if this were a big company with lots of history and thousands of employees, I would understand. And even then it can be difficult, darlings, I mean Nokia has so much of history, and they are having to work hard in the Indian market and the companies like Samsung and Micromax have bigger teams but again, just see how Xiaomi just beat them – in about three years and with about three hundred employees. Yes, and before I forget, those fans, who also asked for stock Android even though they said they loved MIUI (fans can have variations, sweeties)

See? I know so much about the company. Such is the power of social networks and constant reminders, darlings.

I mean I might not know everything, but I do know that Xiaomi is number one in smartphones in India. And in three years and around three hundred employees, and all thanks to their fans…

You know what I mean, darlings.

And remember anything is possible. I mean, there is this company with less than three hundred employees that became number one in three years, all thanks to their fans and…

Was this article helpful?
YesNo
TechPP is supported by our audience. We may earn affiliate commissions from buying links on this site.
Read Next
With Redmi A1, is Xiaomi Resurrecting the Android One Dream, but Without Google?
#Manu Kumar Jain #Tech Auntyji #xiaomi