Flagship Killers, or budget flagships, are now becoming a little pricier, as they push themselves to deliver the sport of specs, performance, and features that premium flagships do. And in doing so, these phones are rapidly bridging the gap between premium and budget flagships. Of course, the name that is most famous here is the OnePlus, and in recent times, Honor, Huawei’s sister brand too has come to the party. The Honor 8 Pro proved a worthy adversary to the OnePlus 5 and not the View 10 is looking to be the same for the OnePlus 5T. 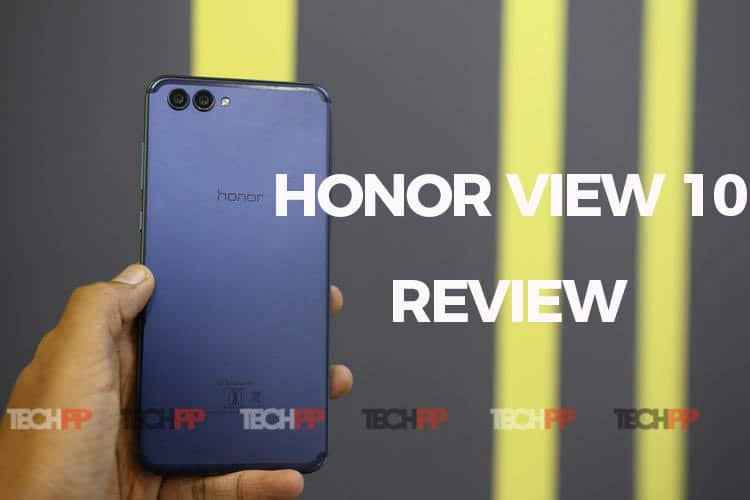 Just like many Motorola phones resemble each other, establishing the fact that they come from the same family, Honor’s devices are increasingly following the same path. The design language of the 7x, 9i and now the View 10 is similar – taller screens with 18:9 aspect ratio, slim slab design, gorgeous blue and black shades, and those dual cameras, protruding in plenty, with no inhibitions whatsoever. Though it weighs 172 grams, the phone is a breeze to use – the 7 mm thickness, slim bezels, rounded off corners and edges come together to make it comfortable to hold. 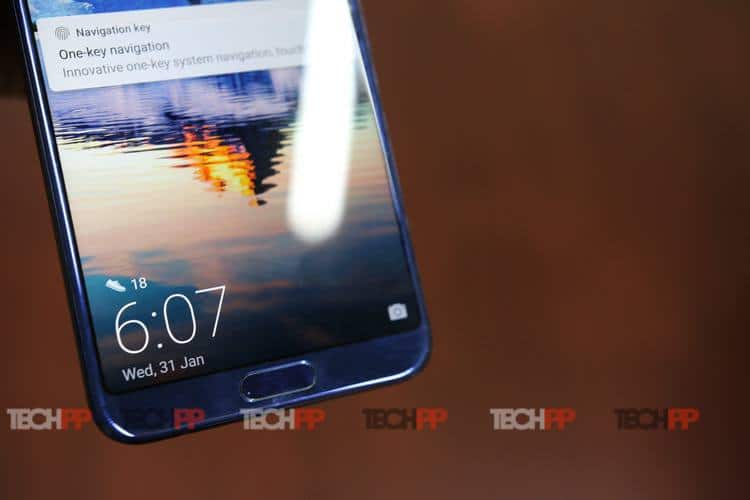 The back can be a tad slippery but redeems itself with a subtle gloss and soft shine (though smudges love them too). Resembling its flagship cousin, the P10, the overall metal unibody of the View 10 is sturdy and stood strong through the few falls it took during the review period. As indicated in our first cut, the buttons and ports are done well. One thing that feels slightly out of place is that the front is so glassy and shiny while the back is more of a matte finish. Something we welcome is the fingerprint scanner on the front. It is a design feat that Huawei has managed to accommodate it in spite of having a taller display. You can read more about the design in our first cut – the points remain relevant.

Good hardware with EMUI on top and AI inside

Unlike the OnePlus phones that come with AMOLED displays, the View 10 has an IPS LCD. Having said that, this 5.99-inch display packing 2160 x 1080 pixels is darn good. It comes with very good viewing angles, sublime touch sensitivity, decent outdoor visibility and a well-working auto-brightness sensor. It is also capable of delivering deep contrasts as the highly colorful EMUI pushes those vivid and bright colors on the screen. 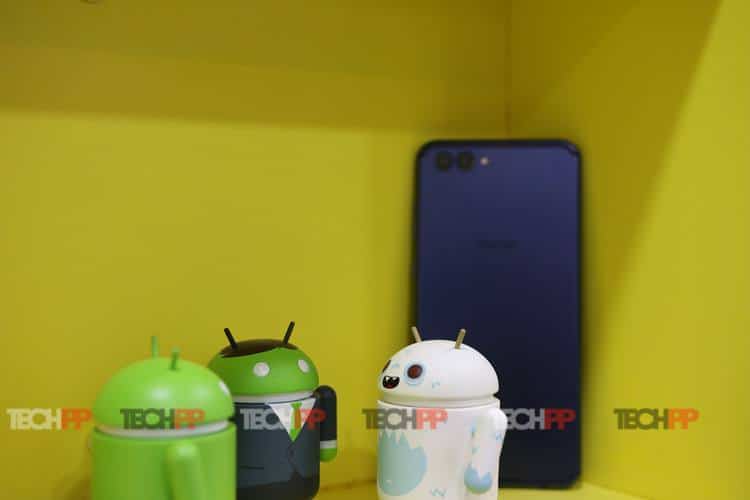 Under the well-made chassis, the View 10 holds a homegrown Kirin 970 SoC, Huawei’s flagship chip that is clocked at 2.36 GHz coupled with a Mali G72 GPU. With 6GB of RAM and 128 of onboard storage, we were expecting stellar performance. And we got it. Used alongside the OnePlus 5T running on Qualcomm’s flagship 835, the View 10 did do well. Claiming to come with an in-built Neural-network Processing Unit (AI abilities in simple terms), heavy and intensive tasks are a non-issue for the View 10 and so are graphics-intensive games such as Asphalt 8. We do feel the EMUI could use a bit of more optimization to make it much snappier (it is not a stock Android experience). The NPU tech underneath, perhaps also requires more time for it to learn our usage and tweak things. We will let you know if it gets better. 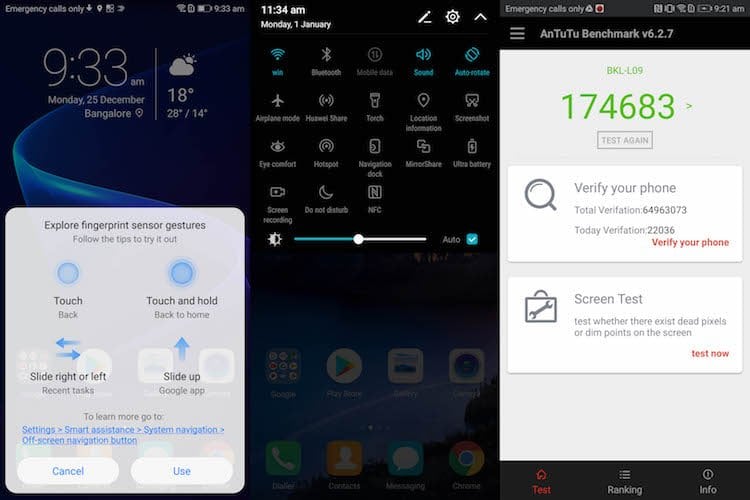 Loaded with features such as themes, custom apps for performance and security, gestures and so on, EMUI has been getting better. The fingerprint scanner on the front takes a while to get used to but has no click-y effect. It is super fast, and does more than just unlocking your phone – tapping once will take you to the previous screen, a quick double tap will bring you to the home screen, and a left swipe will open up the recent apps. It takes a while to get used to, but once you are done, you would want this on every phone. The face-unlocking feature is also available and works great. We have a detailed guide on how to enable it for those who are interested. And if you are wondering, no, it’s not quite as fast as the Face Unlock on the OnePlus 5T. 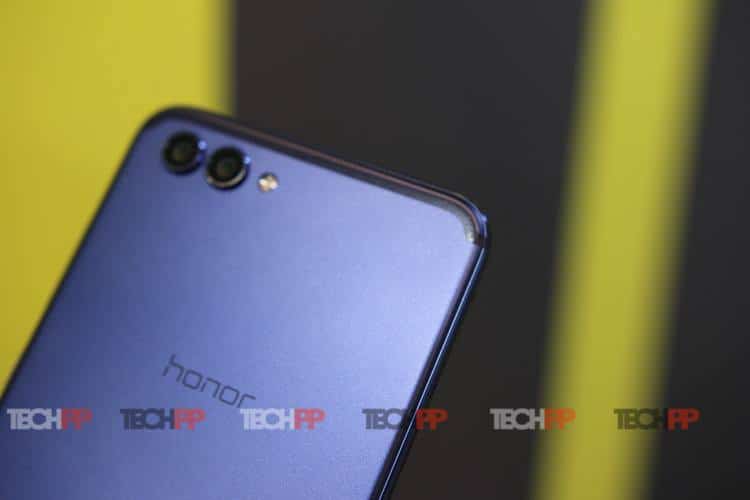 The cameras, we are told, use the same technology as the one on the P10 sans the Leica branding (if you really care about such things). The primary shooter is a 16 MP f/1.8 lens with a 20 MP secondary lens with PDAF and LED flash. This camera is supposed to have AI tech, that can recognize, understand and adjust itself to 13 different types of situations and different objects. While that sounds sophisticated, the daylight images are good, with plenty of vibrancy, good dynamic range, accurate white balance and very fast focusing and processing, although in some macro shots, upon slight zooming into the pictures, we did find a lack in overall sharpness.

The portrait mode does good bokehs and is easily among the best, albeit with minor, acceptable blemishes. In indoors and low light conditions, the results are decent but there is quite a bit of noise that can be seen, and that is where the lack of OIS really hurts the View 10, we think. Also, most of the phones beyond the midrangers these days come with an auto-HDR mode that kicks in when needed, but the View 10 misses out on those as well. Venturing into shooting options, there are plenty of them ranging from slow-mo, panorama, light painting, to gif, and they all work well. The front-facing 13 MP shooter apart from the selfie clicks, can also bokeh for you and can also go about adding some beauty to your face. Videos from both the cameras are just OK, and since there is no OIS, the output is a tad too shaky. Voice pick up though, is quite good. 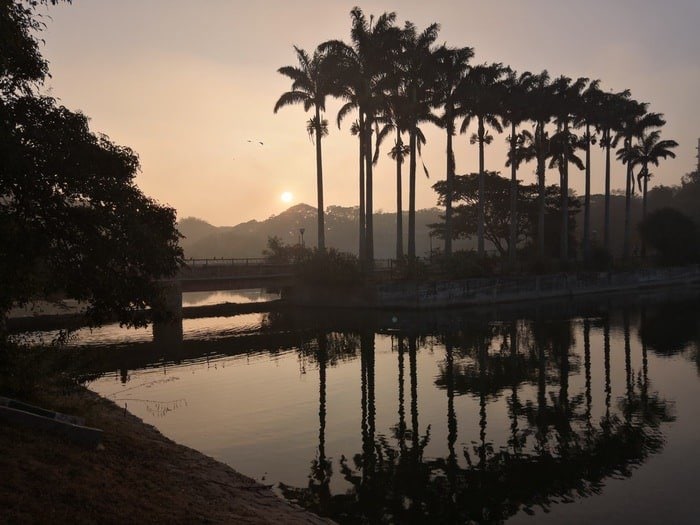 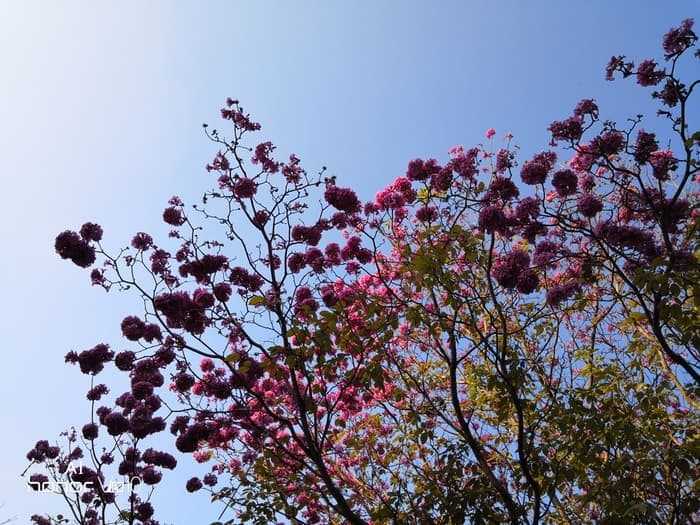 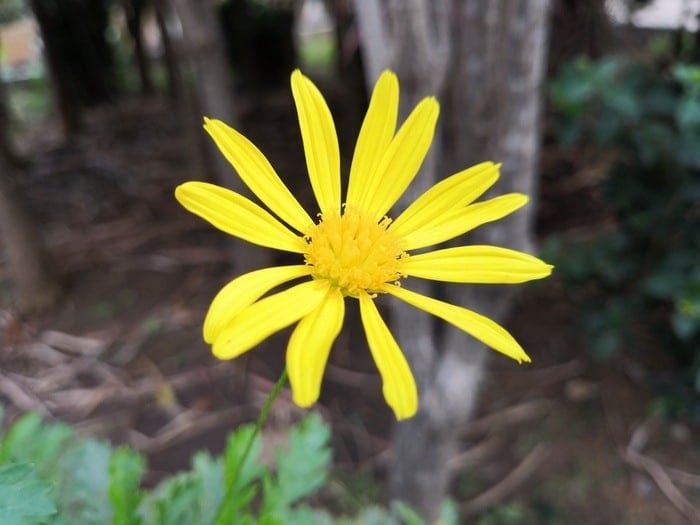 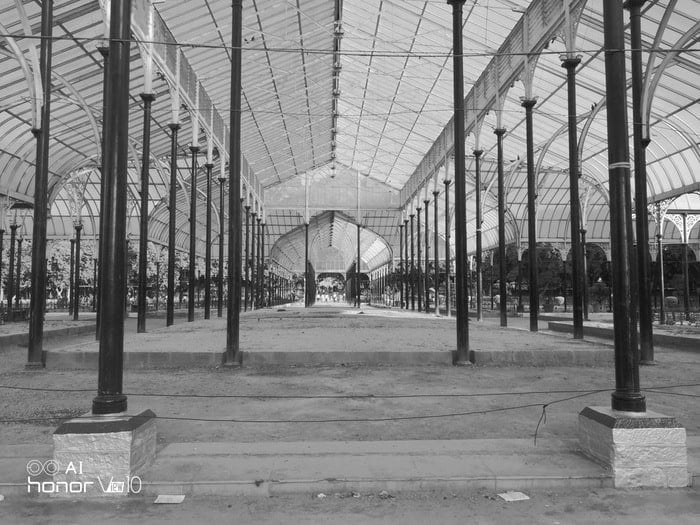 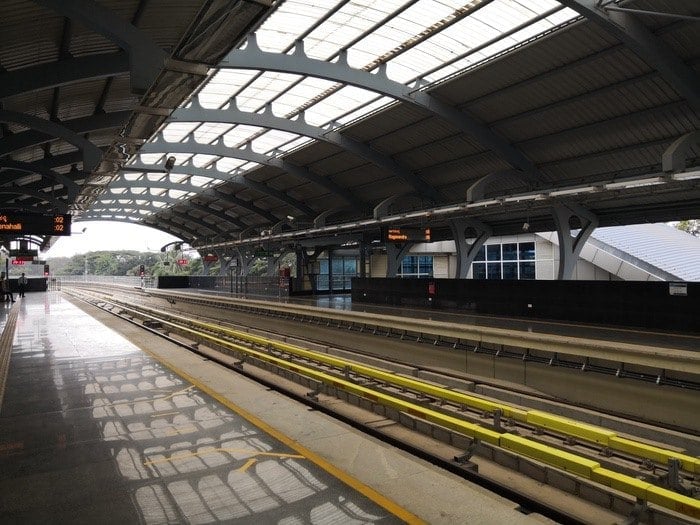 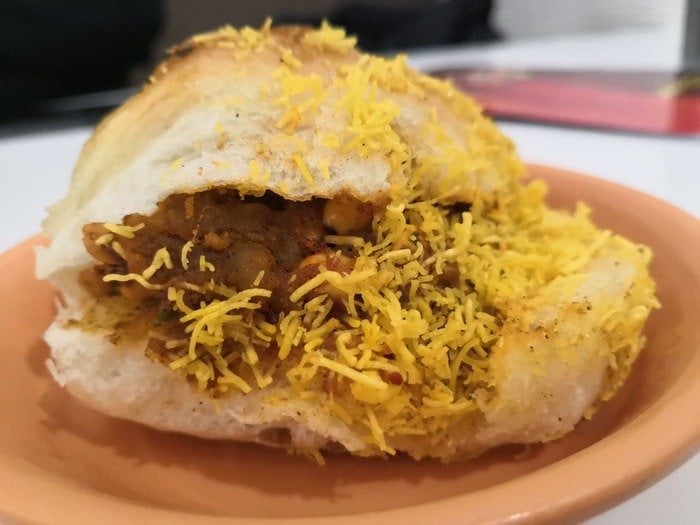 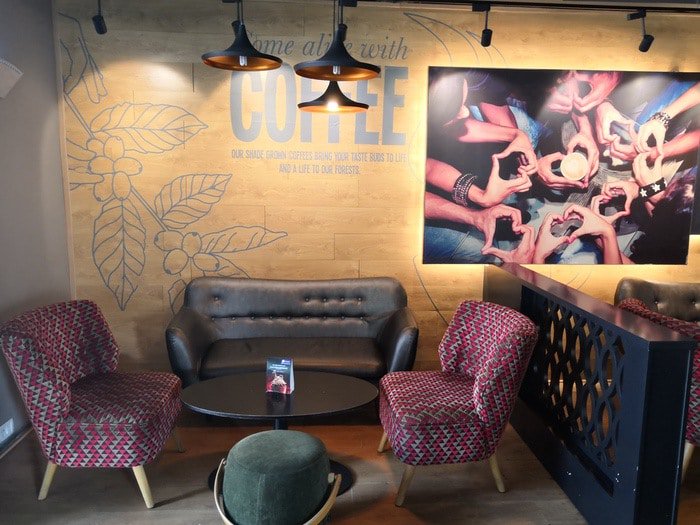 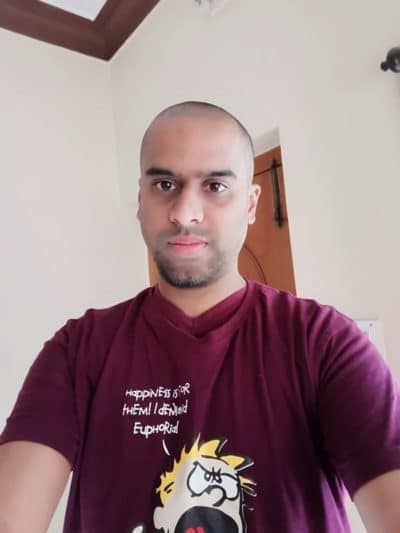 The View 10 comes with a 3750mAh battery packed in it and supports fast charging. It went from 0-100 in around 2 hours most of the times. The battery life itself is commendable. On any given day, we got through an entire day with still around 10-15 percent juice remaining. If you are a user falling under the light-medium usage category, it can go a little beyond a day.

The phone had excellent signal reception and call quality, even in situations such as in a moving car or a bus, where some of the other phones we have used tend to struggle a bit. The volume via the loudspeaker is good enough for calls too, though at times there was a slight echo that was reported from the caller on the other side. We will be looking more closely at this and will revert. 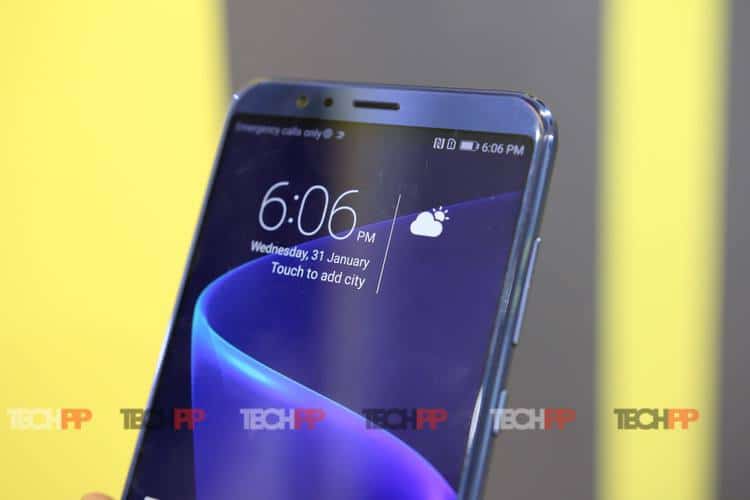 Priced at Rs 29,999, the View 10 is a formidable option for anyone looking for a phone under Rs 30,000. Of course, comparisons are going to be made with the Xiaomi Mi Mix 2 and the OnePlus 5/5T. But if you are looking for a feature-rich phone that is well built and designed and having above average cameras with lots of cool (if occasionally gimmicky) features that bring fun into your usage, then the View 10 is definitely worth a consideration. That said, if you are willing to spend a little more, then the OnePlus 5T, would be a better choice if you want one of the snappiest phones around with a better camera. Yes, we will be comparing the OnePlus 5T with the View 10. As of now, we can safely say that for those looking for a flagship device on a relatively tight budget, the View 10 is definitely worth a view. Pun intended.

Was this article helpful?
YesNo
TechPP is supported by our audience. We may earn affiliate commissions from buying links on this site.
Read Next
Skullcandy Mod Review: Betting on doing the basics well
#Honor #Honor V10 #Honor View 10 #review