Tablet computers have had a rather transformational past few quarters as companies continue to experiment with their forms and purpose. One of the critical factors behind this shift is the declining numbers. IDC’s new report for Q4, 2017 highlights this further and reveals that tablet sales grew only 1.6% year over year in 2017, down from the 24% growth in 2016. 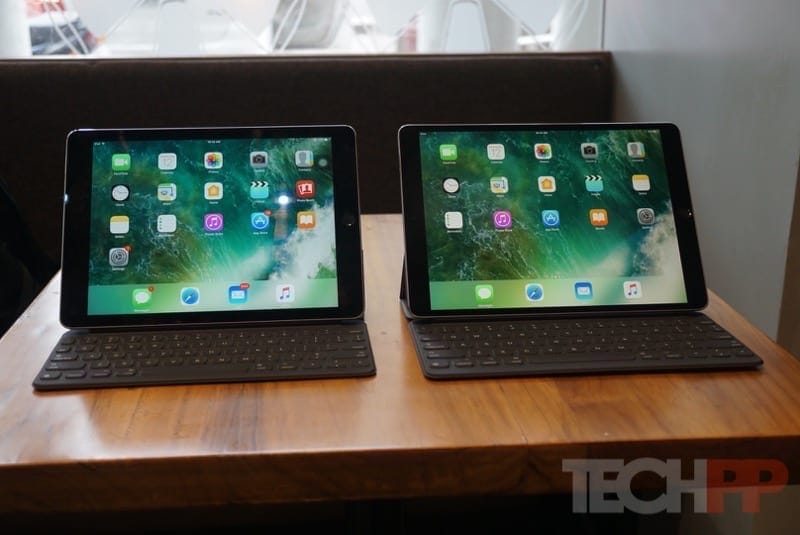 Apple’s iPad lineup, however, continues to soar. The Cupertino juggernaut accounted for roughly one-third of the entire market and managed to sell 13.2 million iPads during the holiday season which is double that of Samsung and Amazon. Although, it’s worth noting that is only a growth of merely 0.6% as compared to the same period last year. Therefore, it’s safe to say the company’s eccentric push to turn the iPad into a computer replacement have largely remained futile. 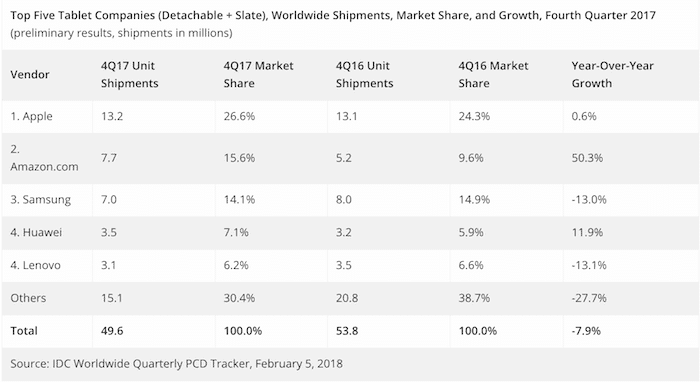 On the other hand, the e-commerce giant, Amazon holds the second spot with a market share of 15.6% and 7.7 million units. The company sustained an astounding upturn of 50% year-on-year thanks to its Kindle line of e-readers and Fire Android tablets which have consistently remained popular in the United States. It’s followed closely by Samsung at 14.1% and Huawei at 7.1%. What’s more interesting here is that Apple sold almost 2 million more iPads in the entire year than Amazon and Samsung combined. As per IDC’s report, the company shipped 43.8 million units, while Amazon did 16.7 million and Samsung, 24.9 million.

The report, in addition to that, forecasts that the forthcoming wave of ARM-based Windows tablets in mid-2018 could further escalate the market share for the detachable category. A bunch of manufacturers like Lenovo have already announced their first computers powered by ARM chipsets. “With the first wave of Windows on ARM products expected to begin shipping in the second quarter of 2018, we believe the detachable category has the potential to continue its growth trajectory. Many of these products are being introduced at the premium end of the market. What remains glaringly sparse, and needed, are strong players in the mid-segment of the market.”, said Lauren Guenveur, senior research analyst for IDC’s Devices and Displays team.