They are both gunning for a share of the most competitive segment of the Indian smartphone market. And are both trying to score heavily on the “lots of specs for not too many bucks” formula. Each has its own design ethos, its own camera interface and photographic philosophy. And its own, detailed take on Android. But which of the Honor 9 Lite and the Redmi Note 5 Pro is the device for you? Let’s find to figure out. 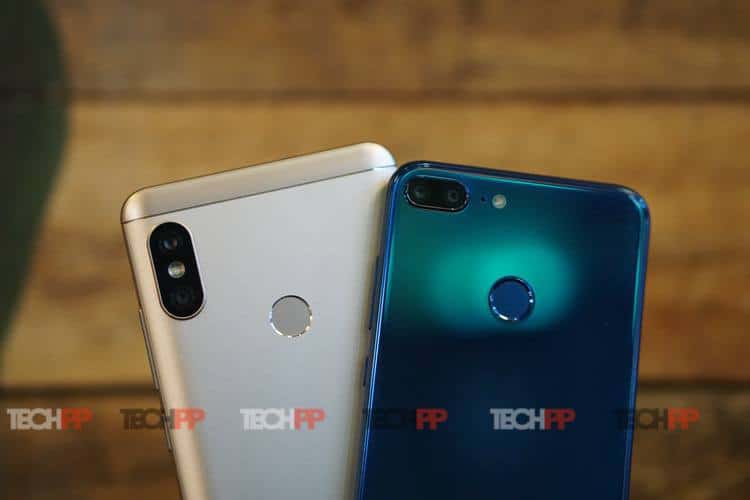 This is one of the most lopsided rounds in the contest. The Redmi Note 5 Pro has largely stuck to the Redmi Note 4 design language with its blend of metal back and glass front, with the 5.99-inch display having moved to 18:9 aspect ratio land, making the phone a little taller. It is not a bad-looking device (there is even some similarity to the iPhone X on the rear thanks to the vertical set up of the dual cameras) and is reasonably slim at 8.05 mm notwithstanding the protruding camera at the rear, but it stands no chance against the glass front and back build of the Honor 9 Lite, which with its mirror finished back is hands down the most premium looking device in the sub-Rs 15,000 segment. It’s being more compact and lighter (149 grams to 181 grams), thanks to its smaller display (5.65-inches as compared to 5.99-inches), does not harm its cause either. There is only one winner here.

Hardware – Can Kirin Snap a Dragon? 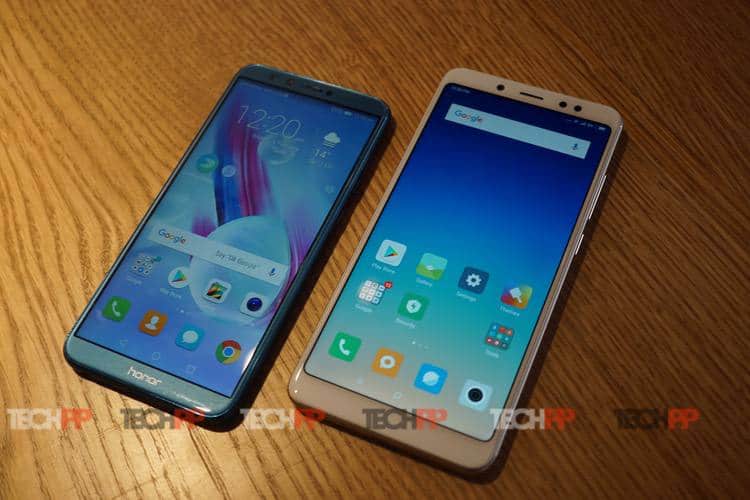 If the design battle was a one-horse race, the hardware one is anything but. Both the 9 Lite and Note 5 Pro come with 18:9 aspect ratio displays with 2160 x 1080 full HD+ resolutions, although the Honor 9 Lite has a slightly smaller display (5.65 inches against 5.99 on the Redmi Note 5 Pro). Both have 4 GB RAM and 64 GB storage (expandable) and have dual cameras on the back (the 9 Lite has a 13 and 2-megapixel combination, while the Note 5 Pro has a 13 and 5-megapixel duo). And while the 9 Lite comes with Huawei’s HiSilicon Kirin 659 processor, the Note 5 Pro is the first in the world to feature Qualcomm’s Snapdragon 636 chip, both of which are acclaimed mid-segment performers. The Redmi Note 5 Pro, however, packs in a much bigger battery at 4000 mAh as compared to the 3000 mAh one on the Honor 9 Lite and while the 9 Lite has a dual camera (13 and 2 megapixel) set up in front, the Note 5 Pro comes with a 20-megapixel selfie snapper. The bigger display and newer processor just tilt this in favor of the Redmi Note 5 Pro.

This is a ‘skin’ny fight, between EMUI 8 on the Honor 9 Lite and MIUI 9 on the Redmi Note 5 Pro. Both have their adherents, being feature rich layers with a number of customization options – and both stand tall against the stock Android brigade (notwithstanding Twitter polls). We do have a soft corner for MIUI, with its regular updates that fix bugs and add features, but in this case, the Honor 9 Lite steals a march over the Note 5 Pro because it actually comes with Android Oreo while the Note 5 Pro is still chewing Nougat.

This is one of the most fascinating matchups and we think that it could well end up being one of the decisive factors when it comes to choosing between the two devices. The Redmi Note 5 Pro comes with a 12 and 5-megapixel dual camera set up at the rear and a 20.0-megapixel selfie snapper, while the Honor 9 Lite Pro actually has dual cameras on the front as well as the back (both 13 and 2-megapixel combos). Both devices pack in a number of shooting options and claim to deliver portrait mode shots with the background blurred out. And in terms of results, they are surprisingly closely matched. We think both devices deliver good detail from their rear cameras, but the Honor 9 Lite seems to score in the colors department and seems to have slightly better contrasts. When it comes to the front-facing camera, however, it is the Redmi device that scores in details, though once again we found the 9 Lite scoring when it comes to colors. Interestingly, both devices deliver very good bokeh in their own ways – we thought the Note 5 Pro handled edges much better, but the Honor 9 Lite with its digitally alterable aperture could give us very spectacular bokeh effects (with the lights literally being changed to circular dots!). Honestly, this is a very tight round to call, and we are going to score this very narrowly for the Honor 9 Lite, because of its more punchy colors, and that stunning bokeh. 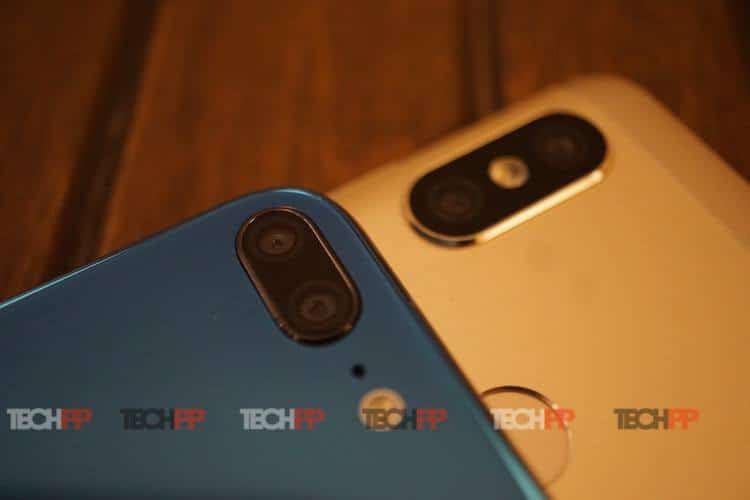 Both devices are mid-segment performers when it comes to handling multimedia and gaming. Neither is going to be at home in the high definition gaming land inhabited by the likes of the Asphalt series but will handle the Temple Runs and Angry Birds of the world without a hitch. If we had to pick one as the better, we would go with the Redmi Note 5 Pro which seemed to load games marginally faster (is that the new chip’s effect?). In terms of watching videos, we must confess that the slightly larger size of the Redmi 5 Note Pro’s display gives it a slight edge over the Honor 9 Lite, even though the displays are closely matched in sheer quality. Sound, however, seemed to be slightly better on the 9 Lite. It is an incredibly close fight, but we are scoring this one to the Redmi Note 5 Pro. 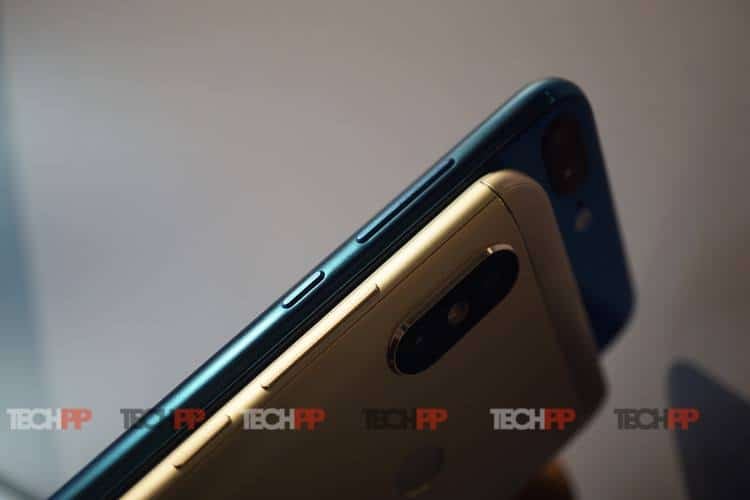 MIUI clashes with EMUI again, but this time in terms of sheer ease of use and handling routine tasks. And here we must confess that even though it runs on an older flavor of Android, MIUI 9 seems to run far more smoothly than EMUI 8, which is not averse to the odd stutter and stumble (though never at a deal-breaking level). Do not get us wrong – both these phones are smooth performers in general, but it is just that the Redmi Note 5 Pro seems a bit more zippy.

If the looks and design department was a walkover for the Honor 9 Lite, then the Redmi Note 5 Pro returns the compliment when it comes to battery. The 4000 mAh battery on the Note 5 Pro in alliance with the Qualcomm Snapdragon 636 chip comes to seeing off almost two days of usage on a single charge, while the smaller 3000 mAh battery on the Honor 9 Lite will easily see you through a day, but will struggle beyond that. Only one winner here.

To be Lite-hearted, or a Note-able Pro? 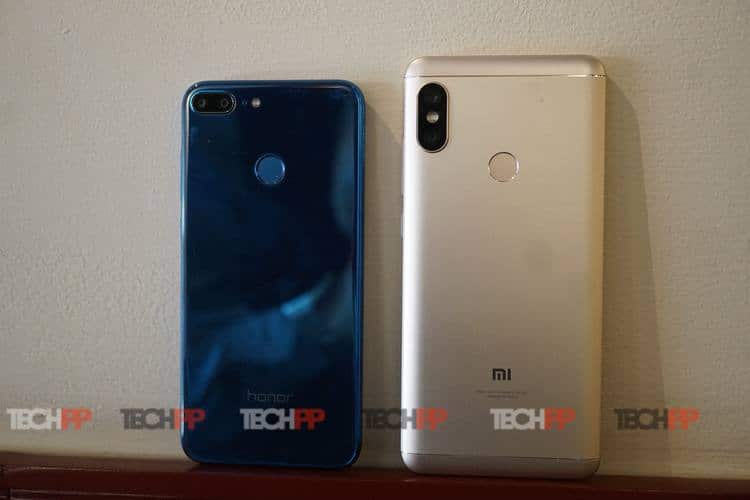 So which one of the two suits your needs best – the Honor 9 Lite or the Redmi Note 5 Pro? It is a fascinating question. In sheer statistical terms, the Redmi Note Pro wins four rounds against three, but the Honor’s wins come in crucial sections – cameras, design, and software. We really think it is going to boil down to how much you value a parameter – yes, we can see many being swayed by the newer processor on the Redmi Note 5 Pro, but on the flip side, it is the Honor device that has a newer flavor of Android. And while the Note 5 PRO’s battery life flattens that of the Honor 9 Lite, the latter pretty much thumps the former in the looks department. All the other departments are incredibly closely fought.

If it really boils down to money, the Redmi Note 5 Pro’s 4 GB/ 64 GB avatar starts at Rs 13,999, while the Honor 9 Lite’s comes for Rs 14,999, but then the 9 Lite also has a 3 GB/ 32 GB version which is priced at a seemingly unbelievable Rs 10,999, and which while being a trifle slower in performance, scores in the looks, camera and software departments. A tough choice. And a good problem to have for anyone looking for a very good device in the Rs 15,000 segment.

Was this article helpful?
YesNo
TechPP is supported by our audience. We may earn affiliate commissions from buying links on this site.
Read Next
Snapdragon 782G vs Snapdragon 778G Plus: What Has Changed?
#comparison #Face Off #Honor #Honor 9 Lite #Redmi Note 5 Pro #xiaomi