Xiaomi’s foray into the television business last month came as a surprise to many thanks to the company’s penchant for pricing its products aggressively. The China-based OEM, however, is not done just yet. Xiaomi is planning to bring a couple of more Mi TV variants next week on March 7th. Unfortunately, the company might have accidentally pushed the listing on its own website a little too early spilling the beans on the price of the entry-level Mi TV 4C model. 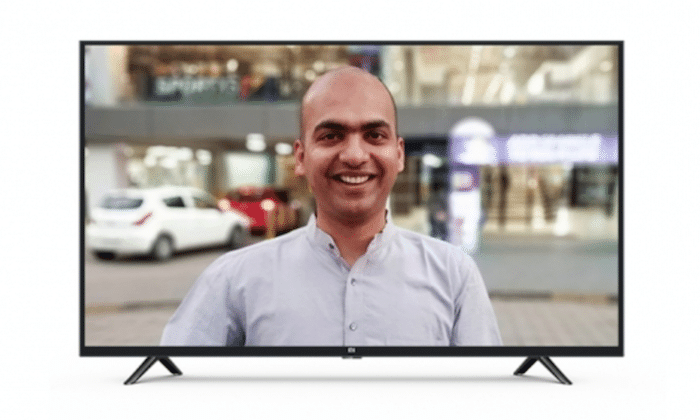 The 43-inch variant of the forthcoming Mi TV 4C will be possibly priced at Rs 27,999 if the details on the company’s official e-commerce page are believed to be true. The web page, at the time of writing this story, was still live and can be found here. It will come with 3GB of RAM and 32GB of onboard storage as well. It’s worth pointing out that the 43-inch Mi TV 4C Xiaomi introduced in China back in October only had 1GB RAM and 8GB internal memory. Apart from that, though, the listing doesn’t mention any availability dates or any introductory offers. 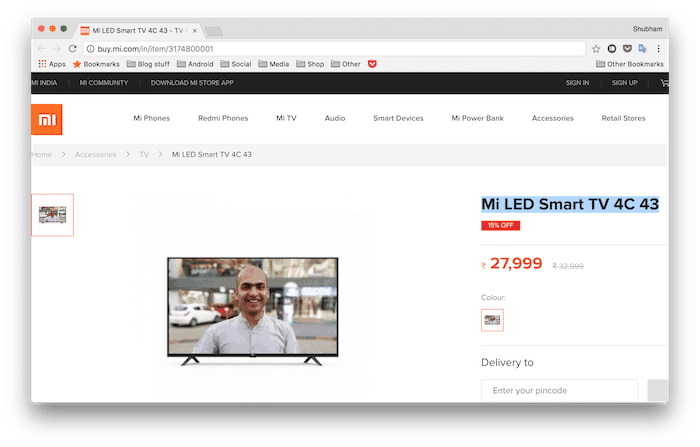 The Mi TV 4C 43-inch features a nearly bezel-less Full HD screen which is compatible with HDR 10 and is powered by a quad-core Amlogic T962 64-bit processor. Furthermore, it supports dual-band Wi-Fi 802.11 b/g/n/ac, Dolby Atmos, and Bluetooth 4.2. It runs on an Android-based PatchWall interface and just like the Mi TV 4 that Xiaomi launched last month, we expect it to come bundled with a multiple of entertainment services and also available on Flipkart. In addition to that, there’s also a 55-inch option of Mi TV 4C that comes with a 4K panel instead of Full HD. Although we’re not yet sure whether that’s coming too or not.

We won’t be surprised if Xiaomi further drops the price of the Mi TV 4C considering their closest competitor in terms of pricing, Vu, has a 43-inch FHD TV for exactly Rs 27,999 and we saw how Xiaomi managed to out-price the competition with their Mi TV 4 last month. Stay tuned for March 7th announcement.

Thanks Anish for the tip.