Evan Spiegel, the young billionaire behind the messaging app, Snapchat has been kind of a big deal in the last few years. After all, every other platform whether Google search or Facebook or WhatsApp is now adapting the content format Spiegel came up with — Stories. His company had one of the more successful IPOs recently, although its progress has nothing short of a rollercoaster of late. But beyond the success of the yellow ghost, not much is known about the Californian entrepreneur. Hence, in this article, we shed light on some of the lesser-known facts about Evan Spiegel. 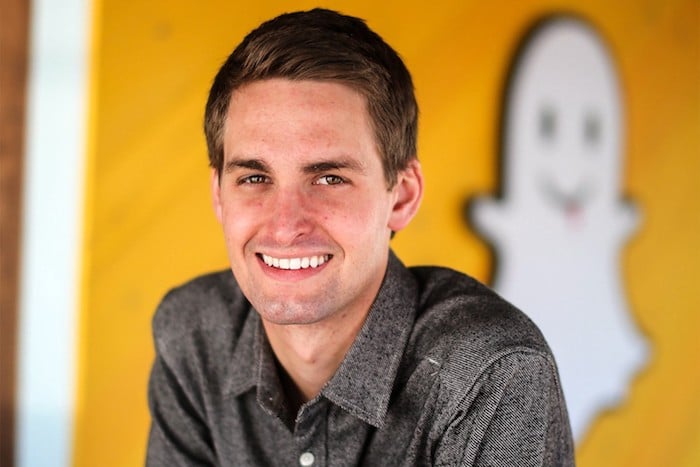 The stint which probably won’t cause any harm to Snapdeal

Remember when Evan Spiegel publicly said something and half of India began bad-mouthing Snapdeal instead of Snapchat? Yeah. Well, you would be surprised to know that one of the few early stints of Spiegel was at a company called “Intuit”. Specifically, he was part of the Txtweb team which aimed to make information available to regions like India where Internet connectivity is still not widely available through SMS. While Evan didn’t spend much time there, he does consider it one of the key lessons which helped him manage a close-knit team in the early days of Snapchat.

“Pay attention to who helps you clean up after the party”

Calling Evan Spiegel a party fanatic would be an understatement. In addition to orchestrating large-scale events and throwing campus jamborees, Spiegel specifically used to look for jobs which excelled in the very process. One of them was Red Bull which Evan joined as an intern during his high school days. And that’s where he learned the life mantra he even today swears by. Clarence Carter, the head of Red Bull’s security team, said him once, “When everyone is tired and the night is over, who stays and helps out? Because those are your true friends. Those are the hard workers, the people that believe that working hard is the right thing to do.” Evan, whether in managerial decisions or just in personal life, still employs this advice and has acknowledged it in multiple interviews. 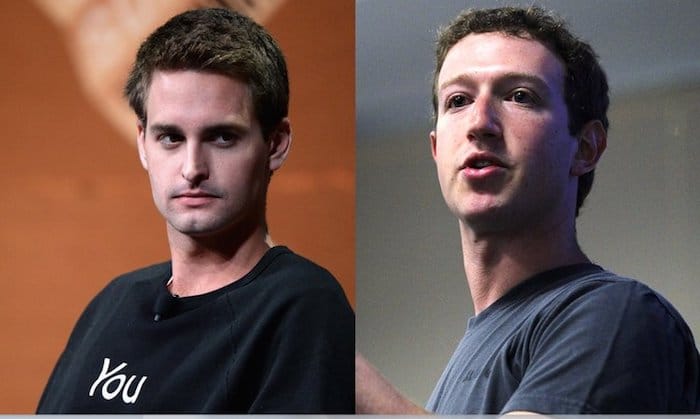 It shouldn’t come as a surprise when I tell you that Mark Zuckerberg is a close admirer of Snapchat. I mean, just look at all the apps his company owns — Facebook, WhatsApp, Instagram, Messenger and if that isn’t enough, head down the controversial street of history.

Apart from failing twice to replicate Snapchat’s idea as dedicated apps, Mark Zuckerberg had offered billions to acquire Spiegel’s startup. $1 billion when Snapchat was in its early stages and $3 billion a few years later. Both the times, of course, Evan knocked the idea out of his Venice offices and took it as an inspiration to make Snapchat the next big thing.

In his commencement speech at the University of Southern California, Spiegel said, “I am now convinced that the fastest way to figure out if you are doing something truly important to you is to have someone offer you a bunch of money to part with it.”

Young, but not dumb or broke 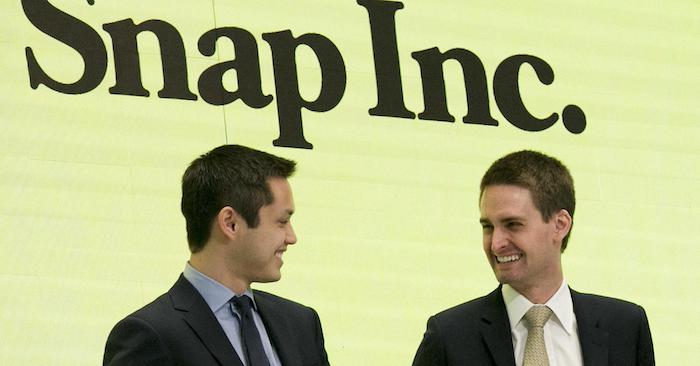 Evan Spiegel, 27, has been consecutively named the youngest billionaire in the world since 2014. Snapchat’s other founder, Bobby Murphy, who is now 29 years old, ranks in at the second spot. Both of them have a net worth of roughly $4 Billion. In addition to that, Spiegel also crowned as the youngest public company CEO when Snap began trading last year in March.

Designed the logo … with a dash of marketing brilliance 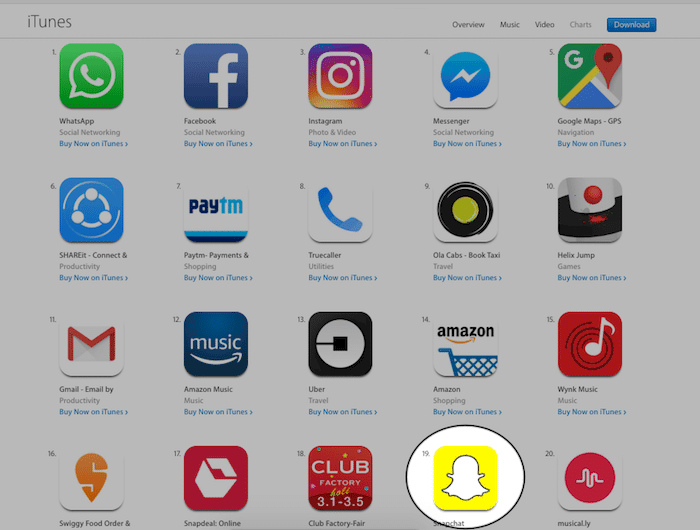 Being a design major, Evan was responsible for developing Snapchat’s iconic ghost logo. But there’s a very specific reason behind why it is yellow. After sketching out the design in Adobe InDesign, Spiegel turned to the top apps on the iOS store and discovered that none of them have been painted yellow. Hence, to make the Ghostface Chillah logo (of course, it has a name) stand out, he settled on going with a bright yellow shade.

Living up to his senior title

One of Evan’s first projects was a platform which helped high schoolers look for colleges. However, the dearth of a centralized data record meant he had to pull out information about each of the institute himself. Obviously, he didn’t. Spiegel turned to his fellow juniors and assigned them to the mind-numbing task of gathering that data and dumping it in a common spreadsheet. In spite of a few backlashes, Evan got his way. Although the website — which was titled Future Freshman — didn’t quite pan out and eventually, was shelved.

It has sort of been a tradition for young upstart owners to get used to their inappropriate past comments hitting back in some or the other way. Mark Zuckerberg, Bill Gates, and yes, Evan Spiegel as well. Back in 2014, Spiegel was at the center of a public scandal when an anonymous person leaked his emails from his college days. The comments made in them were inappropriate, to say the very least. However, what was more concerning for Evan was the timing. The team, at that time, was prepping up for a Summer Olympics content project and headlines such as Techcrunch’s “Confirmed: Snapchat’s Evan Spiegel Is Kind of an Ass” did not help even the slightest in promoting that.

Equipped with the Jobs Vision

Evan Spiegel was one of those rare breeds of technology CEOs who didn’t care for surveys or focus groups. He believed that the user doesn’t know what he wants yet. It’s best to simply give something new to them instead of building it based on their opinions. Sounds familiar? That’s because it is. Steve Jobs shared the same vision throughout his career for coming up with iconic products like the iPod. In fact, Evan, along with other Snapchat employees, has always looked up to Jobs as their idol. 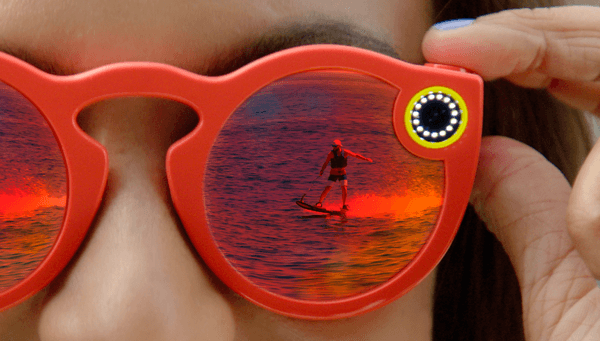 Remember when Google introduced its highly ambitious Glass project and everyone thought it was the future of wearable technology? Well, Evan wasn’t one of them. In September 2013, the booming entrepreneur spoke at the TechCrunch Disrupt conference and called Google Glass “invasive” and compared it to “a gun pointed at you”. Of course, we all know what happened in the following years. Snapchat itself came up with Spectacles, a pair of glasses you can record 10-sec videos with. Although it seems like Spiegel should have held on to its own opinion and never launch it as like Glass, Spectacles also didn’t quite reach the success shores. Regardless, the rumor is that the messaging company is working on the second-generation of Spectacles which is slated to release sometime next year.

Evan’s current mansion, which he bought way back in 2016 for $12 million, was previously owned by Harrison Ford who I assume doesn’t need any introduction here. The house is designed in 1951 by one of America’s well-known architects, Gerald Colcord.

Not your average rich kid

Evan came from a wealthy family with both of his parents working as successful lawyers. He had a lavish childhood and his father even let him work with the set designer of the TV show, Friends to decorate their new home. However, that didn’t impede the kid’s ability to progress in his life. Evan dove deep into a bunch of fields in his teenager days such as journalism, computers, and more. In one instance, as an assignment, Spiegel walked around the neighborhood asking local business to invest in advertisements and upon exceeding his sales goals, he trained his peers how to pitch businesses and ask adults for money.

That’s not all. Evan employed his available resources to the full extent. When Snapchat wasn’t the talk of the VC town and lacked any sort of revenue or funding, Spiegel made his dad’s mansion a working space for the almost half a dozen colleagues and assigned each of them their own separate room.

[Source of Information: How to Turn Down a Billion Dollars: The Snapchat Story by Billy Gallagher]
How to Share YouTube Video on Snapchat
Read Next