Google Play Music might be in trouble. The music streaming service is found to be hosting pirated content from a website called “DownloadMing.se”. Illegally obtained tracks of two recent Bollywood flicks — “October” and “Sonu ke Tittu ki Sweety” are present on the platform alongside the officially licensed albums. In addition to that, both pirated versions are available on the Google Play Store as well where you can purchase them, ironically, for a price of Rs 15 per song. 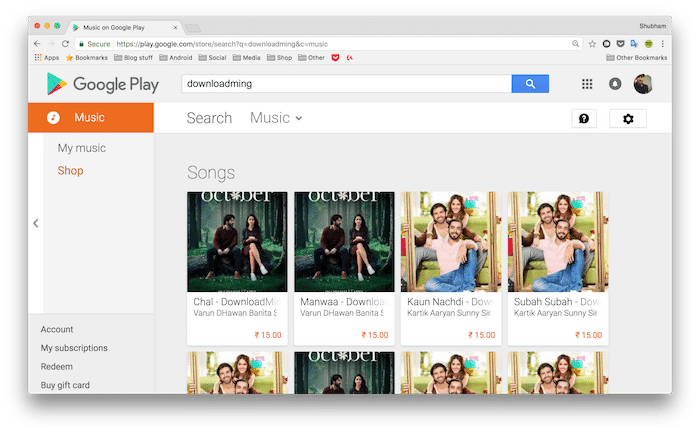 Originally discovered by Twitter user “@binoyxj”, it’s rather bewildering how the pirated content ended up on Google Play Music. One possible explanation is, of course, it has been hacked. However, that seems highly unlikely since there have been only a handful of tracks uploaded for now. My guess is this is a bug in the app. 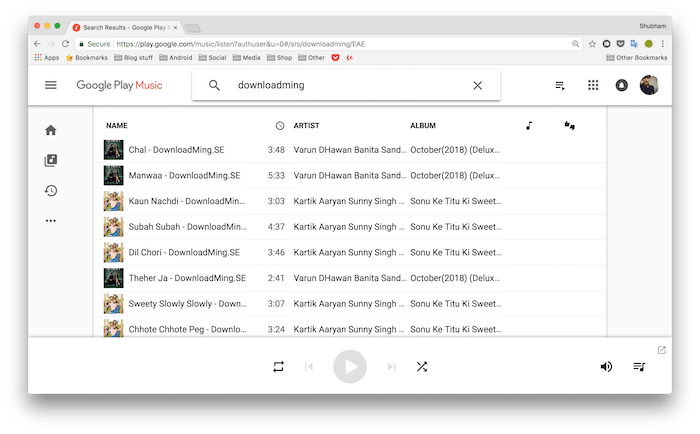 Google Play Music allows users to upload 50,000 of their own, local tracks to their personal library so that they can stream it from anywhere. However, this feature restricts the music to the person’s own library, not the entire database. Hence, someone might have uploaded those files from “DownloadMing” and due to an issue, they must have accidentally gotten synced with the common library.

That being said, I’m not sure why anyone would want to do that. The pirated tracks are already available to stream from official channels. Therefore, this action seems a little redundant. I attempted to replicate the process by uploading an illegally downloaded song and it didn’t appear in the global list. If any new artist intends to upload his or her music on the platform, it obviously requires a lengthy verification. Moreover, the service which lets anyone submit a request is also not yet available in India. 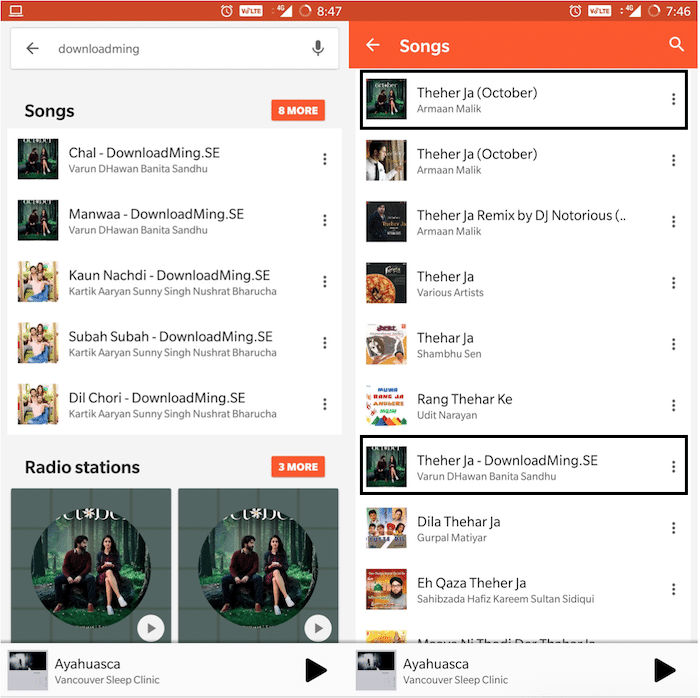 Hence, it’s safe to say there has been some sort of mishap which only Google can shed light on. We’ve reached out to the team and are waiting for an official confirmation. The company made its smart speaker Google Home lineup available in India recently as well. Purchasing any of the two devices makes you eligible for a complimentary Google Play Music subscription.

This has happened on a number of platforms. Spoke to a music industry friend. Often it's a case of a dude at the label being lazy and uploading pirated files instead of going through the channels to obtain final mastered copies to add to the database

Update: Apparently, this could be an oversight from the parent label itself. As per @DhruvBhutani, the person responsible for uploading these tracks might have decided to take the shorter route and grabbed the files from the “DownloadMing” website instead of going through the standard means. 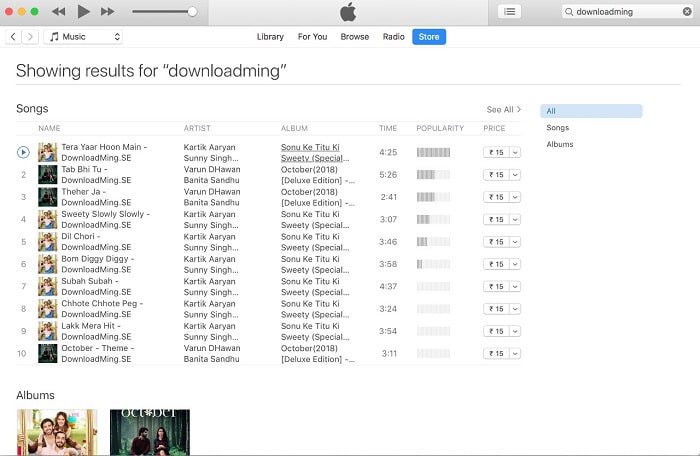 We believe this is true since the illegal tracks are available on Apple’s iTunes as well with the same metadata. Although this doesn’t explain why are there two versions of the same track. We’ll update the story once we’ve more clarity on that.

Was this article helpful?
YesNo
TechPP is supported by our audience. We may earn affiliate commissions from buying links on this site.
Read Next
How to Record Your Screen on a Chromebook
#google #Google Play Music #india