Asus has launched its Strix Scar II and Hero II gaming laptops under the ROG branding at Computex 2018 alongside the crazy ROG phone. The ROG GL504 Strix Scar II and Hero II come with thin bezels, which is the latest fad in the tech world. The two laptops come with a 15.6 inch thin-bezel 144 Hz display with 1080p resolution and 3ms response rate, Intel’s 8th generation Core i7-8750H CPU, up to 32GB of 2666 MHz DDR4 RAM and a 512GB SSD. The thickness is about 2.33cm and they weigh 2.4kgs. The major difference between the Hero II and Scar II is with the GPU, where the former comes with the GTX 1060 while the latter has a GTX 1070 for handling graphics. 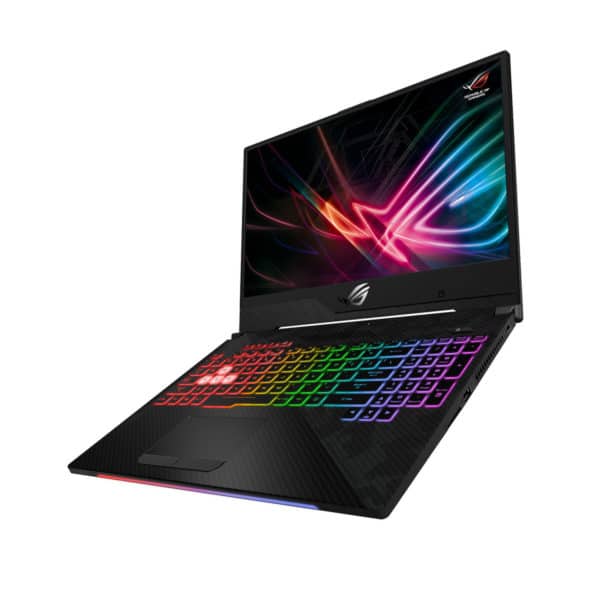 Asus claims to be using a proprietary “HyperCool Pro Technology” consisting of radiators and metal heat dissipaters over the CPU, GPU, VRAM and VRMs to keep core components below 90 degrees Celsius at all times. The Scar II, being the more powerful of the two, will carry additional heat pipes to cool the mighty GTX 1070 GPU, hence resulting in a slightly more increased weight.

Asus also claims the two laptops to be the World’s first gaming laptops with four antennas, two on the front, and two to the back, to boost speeds and stability. The laptop has RGB lighting in various places on the chassis including a light bar beneath the trackpad, a transparent set of ‘WASD’ keys for better lighting effects, and the ROG logo on the front is also backlit. The Scar II comes with a military camo finish on its chassis.