Back in 2013, when Moto launched the first Moto G series device, no one could have imagined that it would become one of the resident names in the mid-range smartphone market. Over the years, the series has faced tough competition from existing players and newcomers in the market but has managed to retain its place in the market and in the hearts and minds of millions. To carry the G series forward, the company has now introduced a new flag bearer, the Moto G6, a smartphone that is nothing like any other Moto G we have seen before. But can it prolong one of the most famous success stories in budget smartphone history? 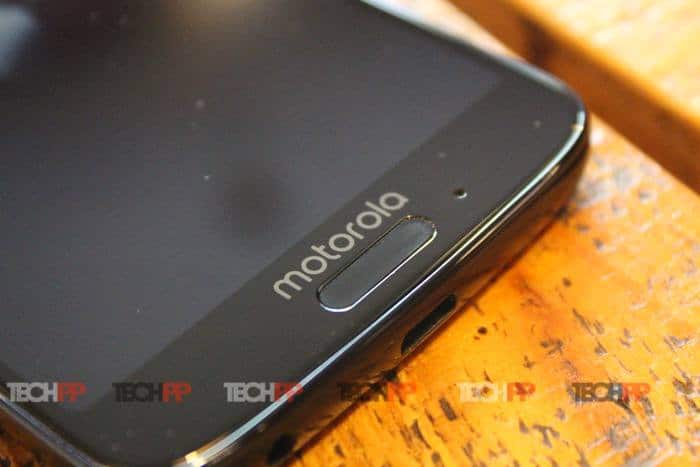 Glass is the new metal

The G series’ journey when it comes to design has been a combination of various roads. It started with plastic, then moved to metal and now it is walking down the glass lane. Right out of the box, the Moto G6 looks super elegant and seems cut from a cloth similar to the gorgeous Moto X4 (check our first cut here). Shiny reflective glass combined with aluminum helps the smartphone stand out in the crowd. With the Moto G6, Moto has also finally entered the 18:9 aspect ratio league. The smartphone comes with a 5.7-inch full HD+ (1080 x 2160) tall display. The display of the device reproduces good contrasts and is pretty bright and responsive even in bright sunlight.

But while Motorola has hopped on to the 18:9 ratio bandwagon, it has still not shrunk the bezels around the display like some of its competitors have (thanks to the notch, in some cases). Yes, Moto has tried to slim them down a little as compared to previous models in the series, but a completely bezel-less or even nearly bezel-less scenario still seems like a far-fetched dream for the G series for now. It does not take away from the fact that the Moto G6 is one good looking handset and a lot of credit for that goes to the back of the device. 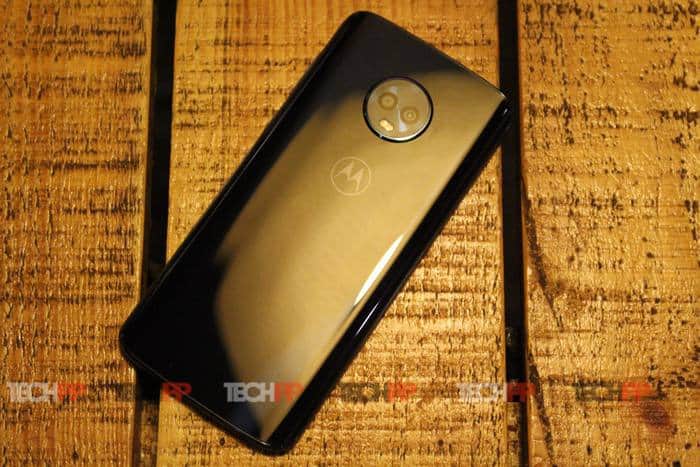 The glossy back of the Moto G6 with its circular camera unit with watch-like notches around the circumference, give the device a very luxurious, premium look. And while most glass backs struggle with issues like smudging and being scratch prone, the back of the G6 somehow did not attract as many fingerprints or scratches as some of the other glass backs in the market. Some might miss the iconic Moto dimple on the back, but that is just the price one has to pay to get them glassy feels. Incidentally, the device is water repellent but not water resistant, so while it can take splashes, do not let it get into the water. And no, all that glass does not mean support for wireless charging, although we do not think that is a factor at this price point.

The device measures 153.8 x 72.3 x 8.3 mm and weighs 167 grams. Thanks to the back that curves on the outside and the rounded edges of the G6, the smartphones sits very comfortably in one’s hand.

Steady daily driver, but not game for heavy duty gaming

The Moto G6 is powered by the Qualcomm Snapdragon 450 processor which is paired with 4 GB RAM and 64 GB storage (expandable using a dedicated memory card slot). The smartphone is also available in a 3 GB/ 32 GB version. Now, some people might turn up their noses at the idea of having a 400 series Qualcomm Snapdragon chipset in a mid-segment device (which is considered 625/630/650 chip territory), but the Moto G6 passed most performance test without too many glitches. 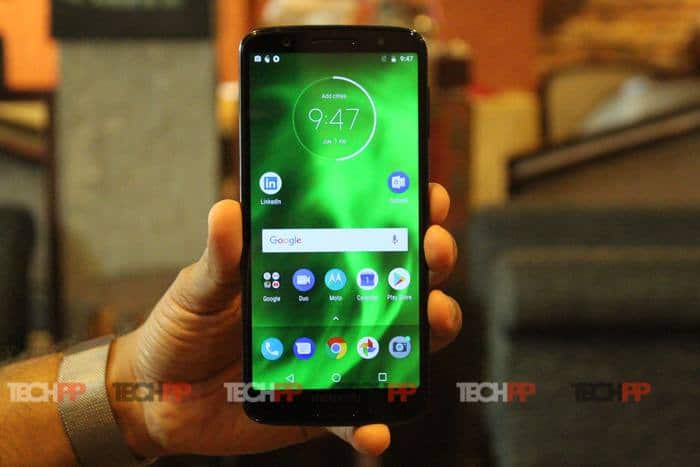 The smartphone goes through routine daily tasks like hot butter through the knife. The basics like switching from one app to another, scrolling through social media, texting are pretty smooth on the G6. The smartphone did not slow down even when there were around 15-20 apps running in the background. The story remains the same in the casual gaming department as well. Games like The Spearman, Candy Crush Saga and Temple Run 2 were a breeze on the device but the stutters began to show as we moved from casual to high-end gaming territory. The device had a tough time dealing with games like Asphalt Xtreme and NFS No Limits. While Asphalt Xtreme had a few hiccups while running, NFS No Limits crashed a few times. The takeaway? The G6 is right at home in smartphone land but do not take it too deep into gaming. 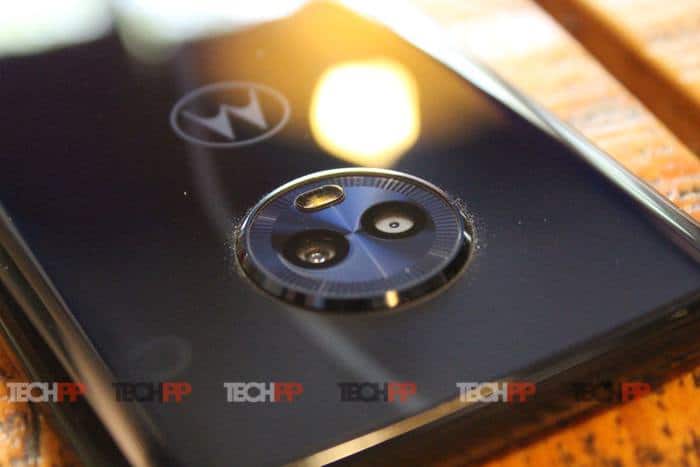 While the numbers may be telling an impressive story for the G6, the performance of the cameras tells another tale. The primary camera has a tendency to oversaturate colors a little. We often found warm colors like red, orange, yellow looking excessively bright. The camera seemed pretty average in the detail department as well. It did well in sufficient light conditions but dim the light a bit and noise automatically gets invited to the party. The camera takes good landscape pictures but taking a macro with it can be a task on its own. It also struggles to take images of objects in motion and more often than not gave hazy results.

Even though the Moto G6 runs on stock Android, the camera UI is loaded with features to add a little bit of fun and variety. There are modes like Spot Color, Text Scanner and Portrait amongst others, but most are pretty buggy. We often found the Spot Color mode, which is supposed to drain out other colors while retaining a single one, including other colors with a similar tone in the picture when we selected a color that was relatively common – so shades of brown got selected sometimes when we went for a darker red. The Cut-Out mode is no better. The mode which allows you place a different background in your picture sometimes cuts out important parts of the picture along with the background. Edgy is the story in the Portrait mode as well. Pun intended. The mode which is supposed to offer depth of field-like effect (bokeh) in the pictures, often misses the mark as it forgets about the edges of the subject and blurs them out or at times goes on a totally different path and keeps the background in focus, too. The result: messy Portrait images. On top of this, the camera app on the device is a bit laggy. Taking pictures with different modes, loading pictures in the gallery takes a bit of patience. 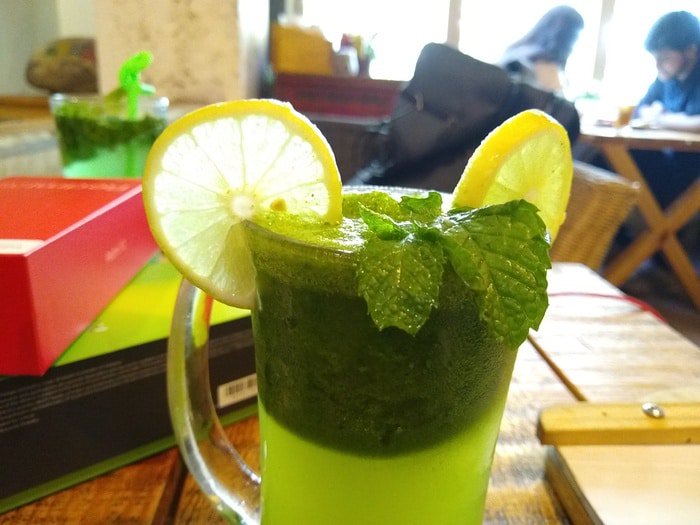 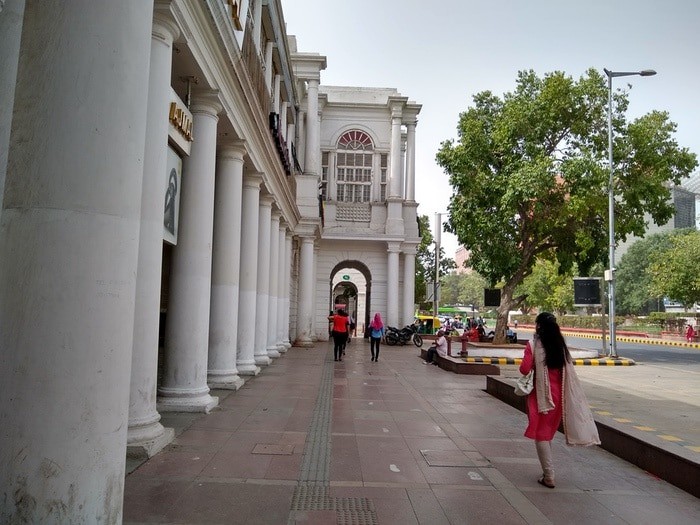 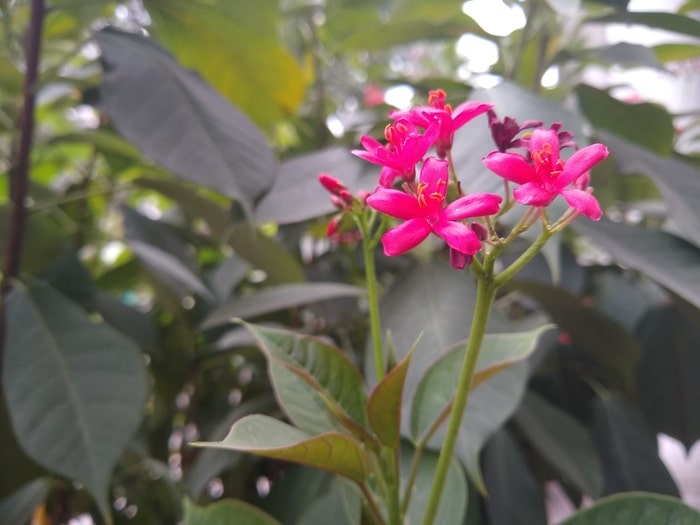 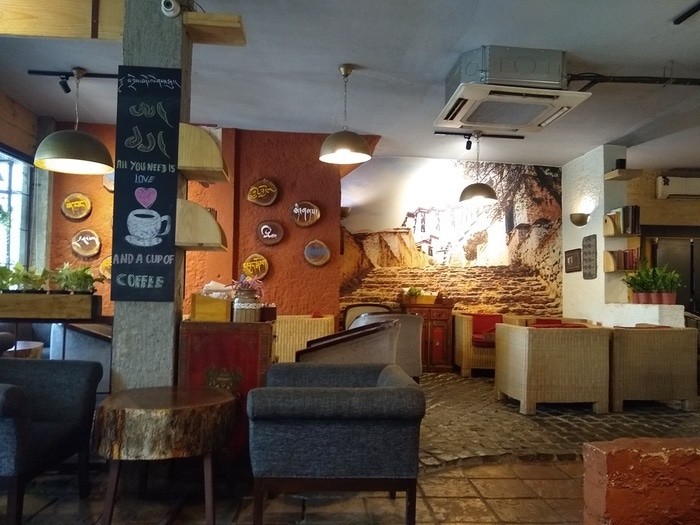 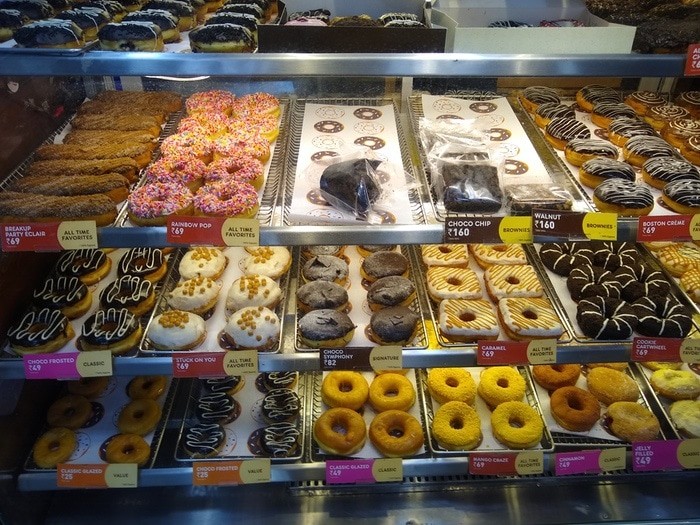 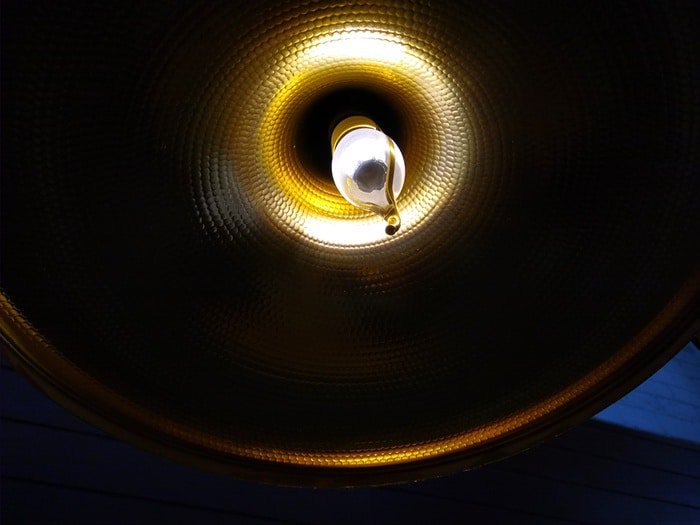 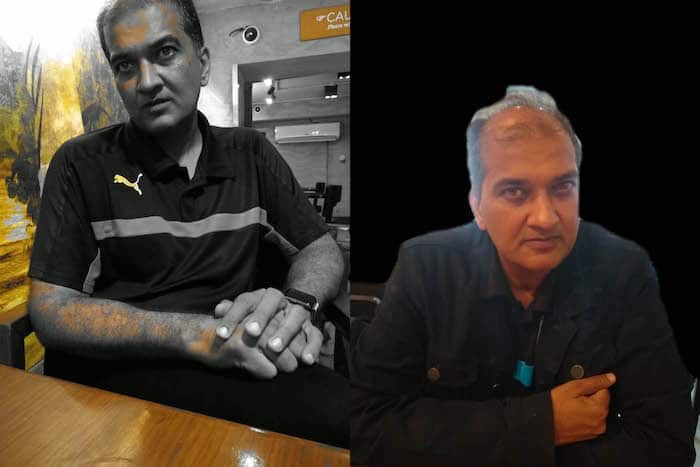 The Moto G6 sports a 16-megapixel front facing camera but its story remains the same. The selfies taken with the G6 are pretty average at best. Yes, you might get a really good selfie every once in a while but the device makes sure you do not get used to it. The selfies in low light are often noisy and the LED flash is a little too harsh for our liking. But if there is one thing that works well on the G6’s camera, it is the Google Lens service. The lens identifies most of the objects placed in front of it correctly and delivers accurate results more often than not.

Moto phones are known to keep the software experience as close to stock Android as possible and that is exactly what you get with the G6. The device is shipped with Android 8.0 (surprisingly not 8.1)and offers the simplicity and snappiness of stock Android, as well as a few neat Moto touches that come along with it. The camera app, the Moto gestures, the screen wake-up feature, all make add to the experience of the smartphone. The call quality on the G6 is pretty good and we did not face any call drop issues with the device during our review period. The fingerprint scanner under that display works smoothly and also lets you get rid of navigation buttons under Moto’s One Button Nav feature, which gives you that much more display to play around with. Face recognition is onboard too but is really a good lighting friend – in low lights, it can be very erratic. 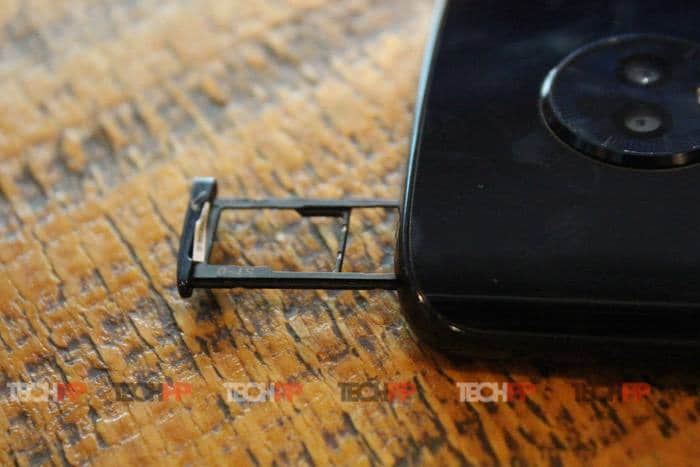 The device also comes with Turbo Charging support (and a Turbo Charger in the pack) which means you can get battery life for a couple of hours in 15-20 minutes. Our only complaint—because Moto has not shied away from putting a few extra inches here and there on the G6, it would have been great if the company could have squeezed in a few extra mAh(s) in the device. 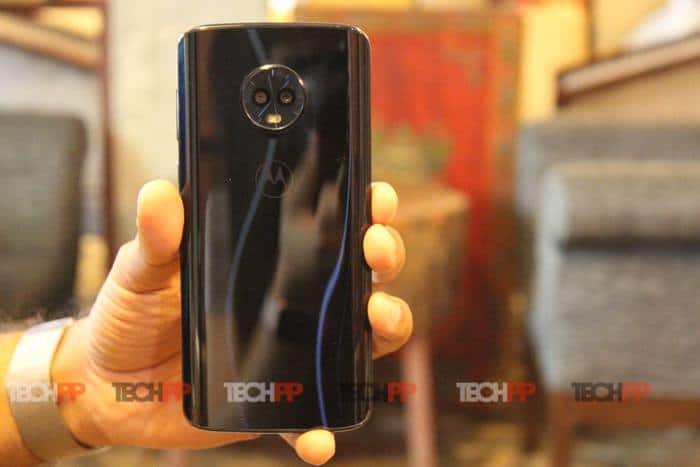 There is no denying that the Moto G6 is definitely a step up as compared to its predecessor when it comes to design. Starting at Rs. 13,999 for the 3 GB/ 32 GB variant (the 4 GB/ 64 GB one is priced at Rs 15,999), the G6 much like its predecessor remains a good and uncomplicated daily driver. However, it faces some very stiff competition, especially from the Xiaomi Redmi Note 5 Pro and the Asus Zenfone Max Pro M1, both of which offer better cameras, bigger batteries and most significantly, the Qualcomm Snapdragon 636 processor, that is considered to be vastly superior to the one on the Moto G6 (it certainly handles gaming and high-end tasks better). Also lurking in the wings is the Honor 7X, which again scores on processor and camera. The stock Android edge that the Moto G series enjoyed has also been dulled – the Zenfone Max Pro M1 runs stock Android (albeit a slightly buggy version, although they are working on it) and in that price segment, one can also go for the Xiaomi Mi A1, which is part of the Android One initiative (when it comes back in stock). There is also the Nokia 5, which again runs stock Android and comes with Android One support. Rounding it all off are the newest player in the mid-segment smartphone block, the Realme 1 (perhaps the only device that comes close to matching the design of the G6, although we think the G6 looks better), and the Redmi Note 5, which although eclipsed by its better specced Pro variant, remains a formidable contender in terms of specs and performance.

It is a tough field. We have seen the Moto G series hold its own in the past, fighting mainly on the experience it delivered. This time, that does not seem to be an option, as there are definite alternatives, The Moto G6, however, seems to be fighting on another front – design. And there it is in a zone of one. The G in the latest Moto G definitely stands for glassy. How much users value it could well determine its fate.

Was this article helpful?
YesNo
TechPP is supported by our audience. We may earn affiliate commissions from buying links on this site.
Read Next
Nothing Phone (1) Review: Nothing like Anything Out There
#Moto #Moto G6 #review