Home automation is definitely on the rise with sales of smart speakers like Amazon’s Echo or Google’s Home lineup going up rapidly. So when you have a smart speaker at home or in your office to get things done smartly, why not replace those conventional light bulbs for something smarter and funkier, to be controlled with your smart assistant? Well, that’s exactly what the Smart Light from Syska aims to do. 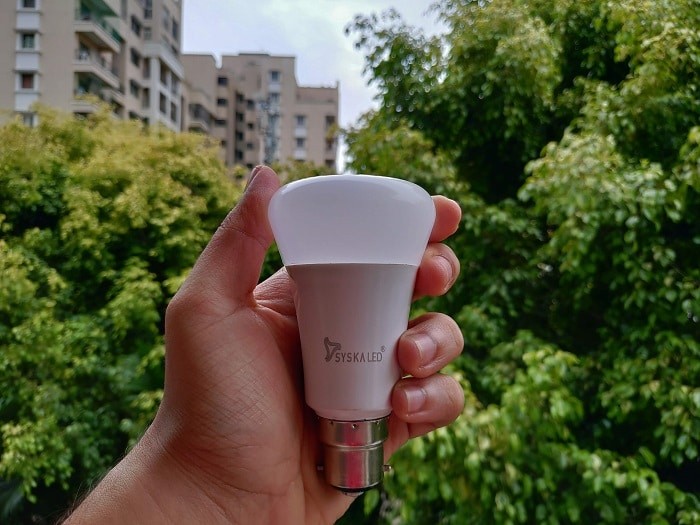 Smart Light from Indian lighting company, Syska, is a smart RGB LED light bulb with support for up to 3 million unique color shades. The bulb has a wattage of 7W and an intensity of 480 Lumens. The LED bulb connects to your phone through an app which can be downloaded from the Google Play Store or the Apple App Store and utilizes a Wi-Fi connection in order to control the bulb. Once linked to your Wi-Fi network, you can control the LED bulb from your smartphone, provided it is connected to the same Wi-Fi network as the bulb. 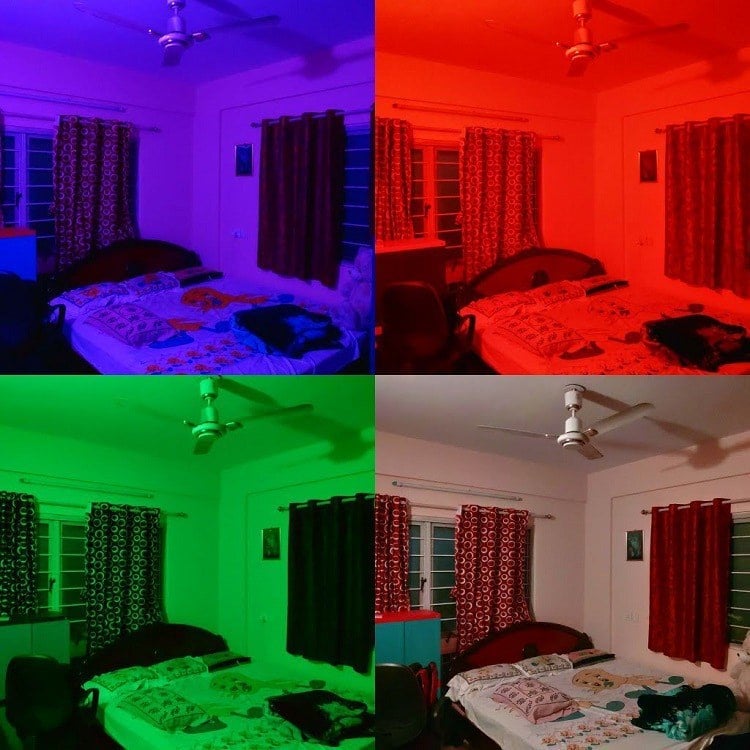 Controls include the ability to choose what color you want the LED bulb to glow, as well as the brightness of the bulb. The LED also has features like setting a timer or a schedule wherein the bulb will automatically turn on or off depending on what time you have set. For example, if you want the bulb to switch on after 6 PM and turn off by itself at 11 PM, you can program it to do so. Or, you can also set a duration for which you want the lightbulb to be on, say for one or two hours, after which the bulb will shut off by itself. Also, if you have multiple Syska Smart Light LED bulbs of the same kind, you can group them together and control all of them at once. For instance, if you have 2 bulbs in your living room, you can link them together and control them at the same time instead of doing so individually.

Another perk of the Syska Smart Light Led bulb is its ability to be controlled by a smart home device like the Amazon Echo or Google Home. Instructions to do this can be found on the app itself which require you to add a simple skill on your smart speaker which will then enable you to use your voice commands to control the light bulb. Once you do this, you will not need your smartphone to control the bulb at all, as it gets much more convenient to use your voice instead. You can use instructions like “Turn the color of the light to blue” or “Decrease the brightness of the light to 50%” etc. which work flawlessly with the bulb. 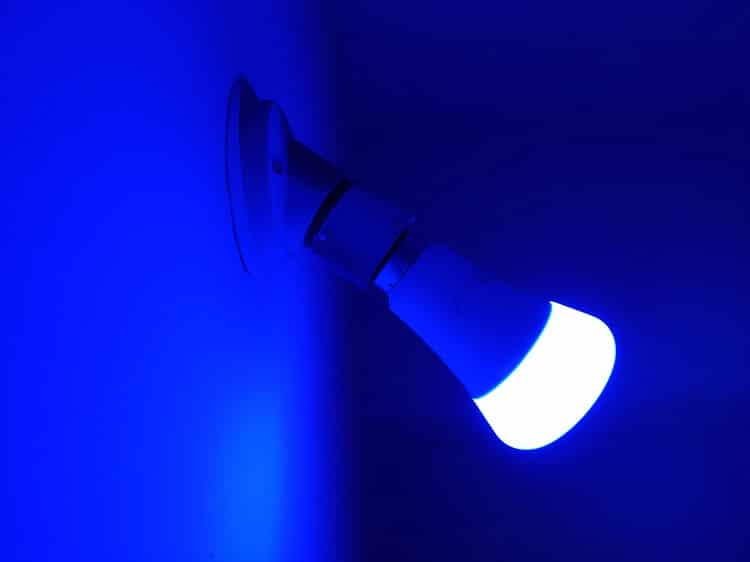 A few downsides though are that the app is least intuitive and is very buggy, due to which Syska themselves recommend using a third-party app called “iO.e” in their user manual, which by no means is polished, but is much better than Syska’s Smart Home app. We wonder if Syska is rebranding this Chinese smart LED bulbs for India. Also, the LED itself could have been slightly brighter, probably a 9W or 10W rating would have been better.

The Syska Smart Light LED bulb is available on Amazon.in for a price of Rs. 1,599. While the price is much lesser than Philips’ Hue range of bulbs which require an additional bridge sold separately for upwards of Rs. 6,000, at a similar price point, Xiaomi’s Yeelight which sells for Rs. 1,799 has a higher wattage of 9W and a wider choice of 16 million colors as opposed to 3 million on the Syska Smart Light seems to be a compelling option as well.

So if you’re in the market for a smart lightbulb which can be controlled by your smartphone or a smart speaker, the Smart Light LED bulb from Syska seems to be a good option if you don’t mind the flawed app as well as slightly low brightness levels.

Was this article helpful?
YesNo
TechPP is supported by our audience. We may earn affiliate commissions from buying links on this site.
Read Next
Skullcandy Mod Review: Betting on doing the basics well
#review #Smart LED #Syska #yeelight