In an event held today in China, Honor, the sister brand of Huawei has announced its latest flagship smartphone, the Honor Note 10 with a huge 6.95-inch display, one of the largest we’ve seen on a smartphone, almost dragging it into the 7-inch tablet space. 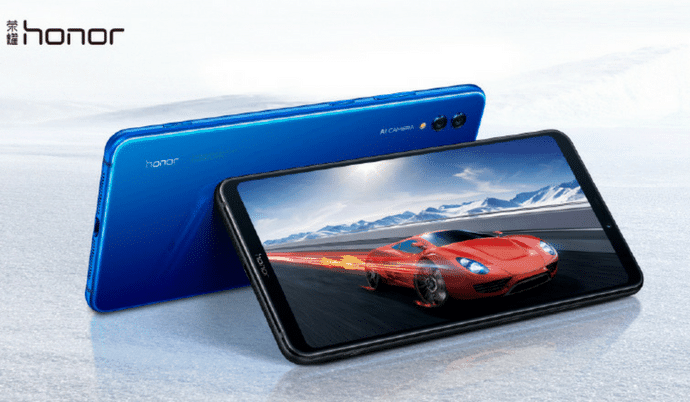 Since the huge display is the highlight of Note 10, let’s begin with that. As stated, the front of the device houses a 6.95-inch display with a Full HD+ resolution and an aspect ratio of 18:9. The display itself is an AMOLED panel and also comes with support for HDR 10, which according to Honor, improves video watching experience by up to 20%. Speaking about media consumption, the Honor Note 10 also features dual stereo speakers with Dolby panoramic sound.

Since the device is meant for media consumption, the battery is rated at a huge 5000mAh which according to the company allows you to stream up to 15 hours of online content non-stop. Under the hood, the Honor Note 10 comes equipped with the good old HiSilicon Kirin 970 chipset, which is still the most powerful SoC yet from Huawei’s stable, along with support for GPU as well as CPU Turbo which enhances gaming performance.

Honor has also gone with a liquid cooling system for the Note 10 which they’re calling “The Nine Liquid Cooling Technology” which is claimed to regulate the CPU temperature and make it up to 10-deg C cooler when compared to other smartphones. On the camera front, the Honor Note 10 opts for the same dual-camera setup found on the Honor 10 with a 24MP primary lens and a 16MP secondary shooter with AI capabilities like scene detection as well as AIS, which is Artificial Intelligence Image Stabilization. The front-facing shooter is a 13MP sensor and supports AI modes as well as face unlock.

Honor also showed off an ability to dock the Note 10 through USB C which when connected to a display, turns the interface into that of a PC, similar to Samsung’s Dex implementation.