[Tech Ad-ons] Samsung: Ingenius – Not a stroke of genius

Mocking your competition is a long-standing tradition in the world of advertising in general and tech advertising in particular. For the longest time, companies have come out with ad(s) to make their competition look red-faced in front of their target audience. But while the audience enjoys a good ad war between two brands, competitive advertising can be a double-edged sword. One of the most high profile rivalries in tech advertising has been between the two technology giants, Apple and Samsung. Time and again, these two companies have been at each other’s throats to attract more customers. While Apple has not been extremely direct in its approach and has mostly been subtle in this zone, Samsung, on the other hand, has been pretty out there, targeting Apple head-on. And in its latest offensive, the South Korean tech giant has released a new ad campaign targeting its arch enemy. But does the old trick still work?

More of a “Spot the iPhone fault” campaign

The Ingenius ad campaign by Samsung comprises seven different ads that are based on a similar theme. All the seven ads try to highlight things and features that Apple users miss out on (because they own an Apple device). Not just that, all the ads also talk about how the similar features are not just present but also work better on the Samsung Galaxy S9. All the seven ads begin with a fake Apple employee, the same one we have seen in previous Samsung ads that mock Apple with a short title sequence that starts with “Samsung Presents” written on the screen and ends with knuckles of an employee tattooed with “Ingenius” (a dig at Apple’s Genius Bar and Genius support staff). In all ads, different customers walk into a replica of an Apple store and ask the faux Apple employee questions about the iPhones or tell him how the iPhone lags behind the Samsung Galaxy S9 in different departments. 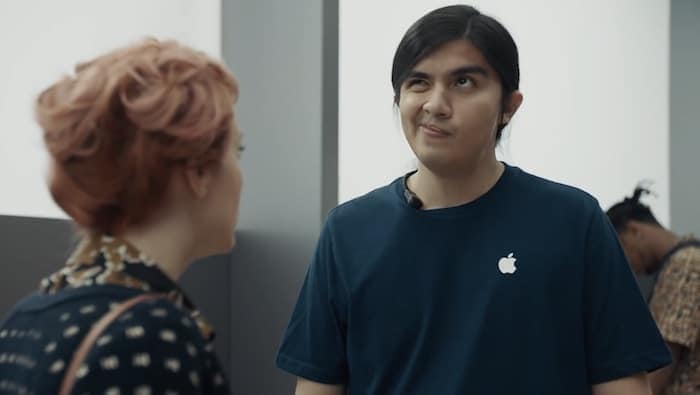 The five other ads in the campaign run on similar plotlines – different customers walk into the store and ask the salesman about features and functions like camera, notch, multitasking, fast charger and 3.5 mm audio jack. In all these ads, the customer points out problems that they have with the iPhone and how these do not exist in the Galaxy S9 and the Apple Store employee fails to provide them with a satisfactory answer.

The ads’ duration range from 24 seconds to 40 seconds and all the ads end with “Upgrade to Galaxy” text on the screen followed by the company’s logo.

The sight of competitive ad campaigns often calls for popcorn because there is nothing we enjoy more than a clever, competitive ad which embarrasses a rival. Unfortunately, sometimes this can also be a hard swing and a miss. And we think this is what has happened with Samsung’s Ingenius ad campaign. The company has taken aim squarely at Apple and has left no table (or feature) unturned, in an attempt to make it a laughing stock for months to come. Good objective, but we think the move has backfired this time.

The campaign has literally nothing new to talk about. The ads have tried to mock iPhone for not having expandable storage but when has an iPhone EVER had expandable storage (and actually, even the Galaxy S6 did not have a memory card slot, remember)? Another one of the ads a customer is also asking about why the iPhone does not have a 3.5 mm jack or does not come with a fast charger? But hello! Aren’t these issues a little too old? Shades of the power throttling campaign!

The basic plot of the campaign seems way too weak. How many times do people walk into a store and ask its employees about the features that the store’s smartphones do not have but another company’s smartphones do? Are consumers so dumb as to discover missing features (and well known missing features at that – remember the hell that was raised when Apple ditched the audio jack?) only after having invested a bomb in the phone? Samsung has created a fake Apple Store with a fake employee who is trying to come up with reasons as to why the iPhone is still better and is failing to do so. But the employee’s inability to come up with logical responses seemed waaaaay more fake than the fake Apple store and the employee put together. 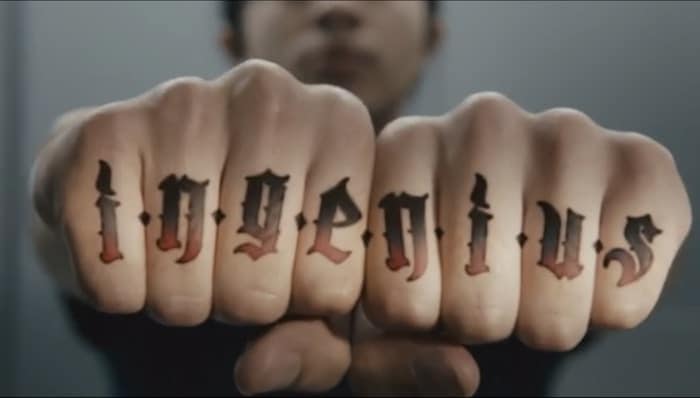 Thanks to all this Apple imaging, we think the campaign has ended up being really so much more about Apple than Samsung. All the ads almost always had the Apple logo on the screen, and talked SO much about different iPhones, while the Samsung Galaxy S9 was there just for a few seconds. The campaign ironically has given more screen space and time to Apple than to its own brand and has not even given the audience a hint of the Galaxy S9, the smartphone the campaign is trying to highlight.

But even though we might not like their basic premise, there is a lot to like about the ads. They were simple and we also really appreciate how short they were. We really do. And there is no mistaking the sharp focus – it was pretty clear that the campaign was created to purely make the iPhone look like an inefficient device, and poke fun at the Apple support “experience.” And it does just that. The ads in the campaign also are very well interconnected and share so many elements and ambiance that they can be identified as ads of a campaign, even though they can work as standalone ads too. We also like how the company has used the same fake Apple employee as its previous ad where it tried to make fun of Apple by comparing the Galaxy S9 to the iPhone 6. It kinda builds a connection.

Competitive advertising is all about taking a jibe at your enemy to show them who is boss of the tech ad world. Samsung has tried to do the same with its Ingenius ad campaign, showing the world how the Galaxy S9 is better than the iPhone, but we think it has not quite pulled it off. The campaign was hardly “ingenious” (we have seen this tone before far too often), which makes this look like just another desperate attempt from the South Korean giant to make Cupertino tech behemoth look small. The problem largely is the same that we think existed with its effort to mock the throttling problems of the iPhone 6 – the issues raised are relatively old now, and the time when they could have really have made an impact, has passed. Some of the points are also a little dodgy – the notch is not restricted to Apple, and “dongle” is a commonly used term now, and not as strange as the “iPhone user” in the ad makes it out to be. We actually think Samsung has not done itself any favors by putting so much money in this campaign – the ads do not really tell us anything new and try to poke fun at “problems” that have really been done to death by Apple rivals in the past, including Samsung. We would really like to repeat our advice to Samsung’s ad department: move on. Please. And if not, at least upgrade the ads to talk about more recent issues.