AI and Machine Learning are buzzwords we’ve been hearing a lot of late, especially with regards to smartphones. But hey, there’s much more to AI than just scene detection on your camera app! While robots haven’t really taken over much work from humans yet, there are products like robot vacuum cleaners which do a hassle-free job, and they do it well. Of course, there’s plenty of time for humanoids to reach a level so as to make you a meal you ask for or anything of that sort, but it would be wrong to say there hasn’t been any progress made in this field. 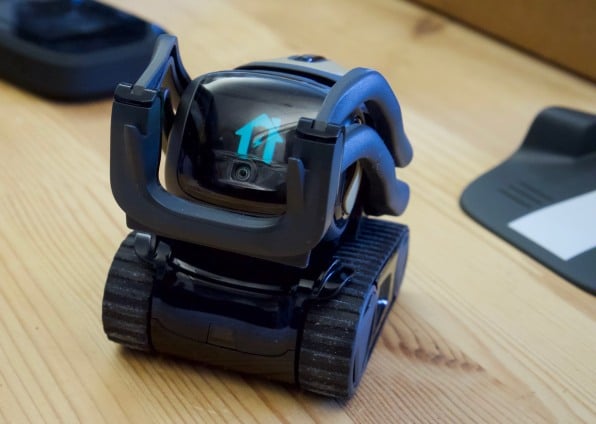 Anki is a robotics-based company that has racked up upwards of $200 million in venture funding since its inception. How you ask? Simple. They make robots and sell them as a commodity indispensable to almost every home, toys. Anki has sold as many as 1.5 million robots, the most popular one being Cozmo, a bulldozer-looking bot that drives around any surface and play simple games with users. Cozmo was Amazon’s best-selling toy by revenue in the US, UK and France in 2017, which speaks volumes about how well-received the product was.

Anki claims to have earned a revenue of over $100 million last year, but says that toys aren’t what it only aims to sell, indicating their seriousness towards bringing robotic devices into the mainstream market.

Over a year after the release of Cozmo, Anki has now showcased a spiritual successor to it named Vector, which is slightly bigger in size than the Cozmo and has a grey tint to it. The similar-looking exterior helps Anki save R&D costs and instead lets them focus on improving the internals. What’s new with Vector you ask? For starters, the Cozmo didn’t have a brain of its own and used a smartphone instead to perform tasks initiated by an app. The Vector, however, changes that and opts for Qualcomm’s Snapdragon 212 SoC to make the robot autonomous. Of course, the 212 is no flagship CPU, but for the tasks that the Vector has to perform, Anki is sure it’ll glide through even with a low-end processor. 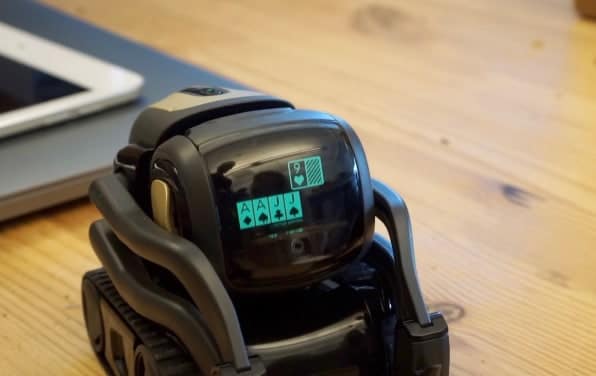 The Vector plays multiple roles rather than just a toy for kids. For instance, you can use it as a companion equipped with a voice assistant, so you can do things like setting reminders or ask for weather forecast or answers to trivia questions and a lot more. The robot also has a camera on the front which it uses to scan its surroundings to work in accordance with it. If you’re in its vicinity, you can ask Vector to come near you and it will do so by listening to your voice with a setup of four microphones and tracking your location using the camera on the front.

You can also play simple games with the robot, something like a card game where it displays artifacts on its tiny display on the front which otherwise shows the eyes cartoony of Vector. There are IR sensors equipped on the bot which helps it detect an edge on a table top to avoid rolling over and falling down. Using sensors and laser scanners, what the bot basically does is build a digital representation of the environment it is in using a technology called SLAM which stands for Simultaneous Localization And Mapping.

Vector uses a neural network to constantly keep learning about its surroundings and improve its visual intelligence through updates. For example, Vector can detect the presence of humans even when their faces aren’t visible. If it detects the presence of a human torso, it automatically looks up to find the head because it knows how a human looks like.

The major goal that Anki is trying to achieve with Vector is understanding stimulation in the environment. For instance, Anki wants the bot to be able to detect a human posture or behavior and determine the situation and react accordingly. If you’re happy, Vector should ideally act joyful and merry, while if you’re sad and gloomy, Vector will try to cheer you up and make conversation with you.

Anki’s Vector is currently on a Kickstarter campaign and will retail for $250 once launched in October. Early backers though, can avail the Vector for $50 off, reducing the price to $200.

AI seems to be the next big thing in technology and there might come a time when robots take over work done by us humans, hence making our lives easier. While this might seem like a thing in the distant future, small baby steps towards this future is always fascinating to see, for who knows someday, you might have a robot reading out an article for you, of course, written by another one.