Blackberry launched its Key2 smartphone not too long ago and while it was aimed only at a particular niche who favoured a physical keyboard over a virtual one, it was slightly on the more expensive side which did not appeal the already small demographic. 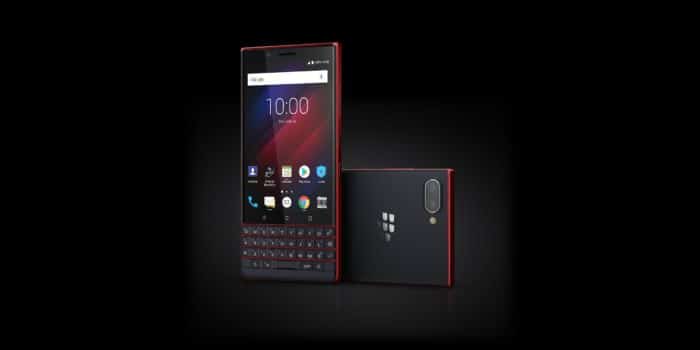 Blackberry probably realized that and has now launched a slightly toned-down version of the Key2 which they’re calling Key2 LE. While still sticking to the core aspect of the device, which is that physical keyboard, Blackberry has tinkered with what’s underneath. For starters, there’s now a Snapdragon 636 in place of the more powerful Snapdragon 660 SoC on the Key2, along with 4GB of RAM along with either 32 or 64GB of internal storage. While it certainly is a downgrade, day-to-day performance shouldn’t be largely affected as the Snapdragon 636 is a fairly capable chip.

There’s a 3000mAh battery unit with Quick Charge 3.0 over USB Type-C. The cameras at the back are a dual lens setup with 13 and 5 MP sensors. The keyboard remains to be largely similar from the Key2 with the support for a ‘speed key’ and a fingerprint scanner embedded into the space bar. The display as well stays the same which is a 4.5-inch panel with a resolution of 1650 x 1080 pixels. The Key2 LE runs on Android 8.1 Oreo along with Blackberry’s security features baked into the software.

The Blackberry Key2 LE has been launched at a starting price of $399 which is considerably lower than its elder sibling, the Key2 which is priced at $649. The lower pricing makes the Key2 LE a compelling option if you use your phone for a lot of business-oriented work which requires you to type a lot on your smartphone, in which case the physical keyboard on the Key2 LE might prove to be beneficial for you. Initial batch of sales will begin next month in US, UK, Germany, France, UAE, and Canada with more markets to follow later on. Color options include Atomic, Champagne and Slate.

Was this article helpful?
YesNo
TechPP is supported by our audience. We may earn affiliate commissions from buying links on this site.
Read Next
Blackberry Evolve and Evolve X Launched in India for Rs. 24,990 and Rs. 34,99...
#Blackberry #BlackBerry KEY2 #Blackberry KEY2 LE