OnePlus was among the first few phone makers to introduce the Android 9 Pie developer beta on the day of the update’s launch. Today, it’s taking a significant step forward by rolling it out in public beta for everyone to download. The update should be already available in the settings if you’re already part of OnePlus’ beta program or you can head over to the blog post and sideload it now. 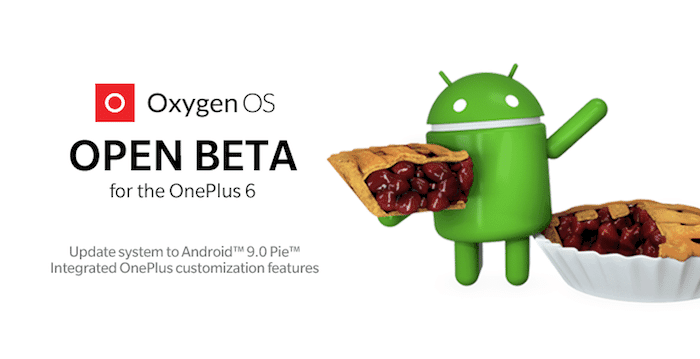 In our testing, the developer build of the Android 9 Pie on the OnePlus was nearly polished for everyday use, hence you shouldn’t expect any major bugs on the beta build. Although there’s a good chance you will come across a couple of issues here and there if the company’s history is any indication.

The Android 9 Pie update brings a host of new features for the OnePlus 6. This also includes the stock gesture navigation controls Google has added to its own Pixel line of phones. In addition, you can now configure an accent color of your choice unlike on Android 8.1 where you’re restricted to just a bunch of themes. The Gaming Mode has been updated too and the Do Not Disturb settings are much easier to understand and set up. Of course, you have all the Android 9 features such as Adaptive Battery which intelligently allocates resources to background apps, Adaptive Brightness which learns your usage and adjusts the brightness accordingly throughout the day, and more. Read more about Android Pie in our detailed review.

Was this article helpful?
YesNo
TechPP is supported by our audience. We may earn affiliate commissions from buying links on this site.
Read Next
OnePlus Nord Watch vs Amazfit GTS 2 Mini New Version: Which One Should You Buy?
#Android Pie 9 #oneplus #OnePlus 6 #Open Beta