Commuting through peak traffic hours in an Indian metropolis is usually an annoying experience. Sluggish movement, jarring sounds of honks, grinding tires and shouting matches amongst raging drivers is the general norm most of us don’t look forward to. While there are ways to drown out this reality (plugging into music being one of them), here is an app that enhances this reality, aurally; in a way that might make you look forward to the noise. 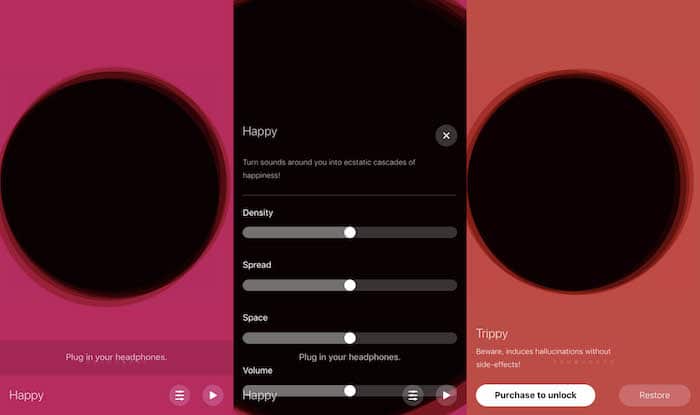 Launched in April 2016, “Hear – Advanced Listening” is an iOS app launched by London-based Reality Jockey Ltd., a company that has been known for creating “reactive music,” a genre of music that adapts to the listener and their environment by using built-in sensors in mobile players, and reacts in real-time. Essentially, the app absorbs the noise around you, and depending on the filter used, changes it into harmonious, strange, psychedelic sounds.

The functioning of this app is straightforward. You must have iOS 8.2 or higher (it is iOS only, folks). It is a small app of about 18 MB and is a free download. The interface is a vivid orange with a constantly-moving big black hole. No, imagine you are sitting in a coffee shop, working. Plug in your earphones, and sift through the filters, which are different effects. “Relax” turns the whirr of the coffee machine into the sweet sounds of a harmonium. “Office” turns your keyboard tapping into footsteps walking through a rainforest. “Happy” turns the whoosh of moving doors into waterfall sounds. “Talk” turns annoying voices into musical notes. “Super hearing” enhances those voices. “Sleep” will put you to sleep, literally. There are also other filters that you can purchase if you want some variety, but we found the existing ones more than suffice for our needs.

Unlike apps that produce meditative sounds to calm your senses, this one simply changes the existing noise around you to a musical ambiance. You can tweak different points of emphasis if you wish, but we prefer not to. The honking of those vehicles suddenly becomes bearable. Our personal favorite, “Relax” turns them into these harmonious waves of music. I actually look forward to traffic now, sometimes.

The two-year-old app has been through some changes since its launch. Initially released as a free app with seven filters it has introduced two paid-for filters ever since – “Trippy” and “Upbeat”. It also went through a phase of having no name, and the app download option name would simply appear as “H__R” on the Apple Store. Thankfully, the name is back, although a more creative name may have made things easier from the start. 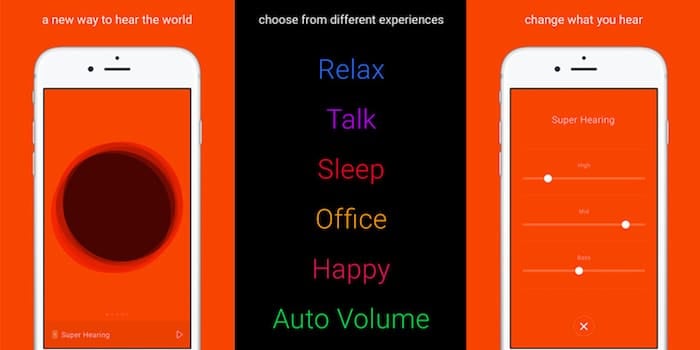 Its founder, Austrian entrepreneur Michael Breidenbruecker of last.fm fame wanted to create “immersive acoustic experiences.” With Reality Jockey, he and his team have launched several such similar experience-inducing apps in the past, the most popular ones being the “Inception” app, launched in conjunction with the legendary film and with the help of composer Hans Zimmer. It takes the concept of reactive music a step further by adding a level of level of augmented reality gaming to it.

Pharrell Williams calls this app “It’s like legal drugs with no side effects – it’s fantastic.” We kind of feel the same way.

One small problem: If you turn the app on without plugging in your earphones, you will suffer through a piercing, whistling sound.

Pro Tip: You can use Hear when listening to music. This is very useful at work when you still want to hear your coworkers but listen to your music at the same time.

Was this article helpful?
YesNo
TechPP is supported by our audience. We may earn affiliate commissions from buying links on this site.
Read Next
Voila AI Artist: Cartoon Yourself with the Power of AI
#app review #Hear #Hear - Advanced Listening