About two weeks ahead of the Pixel 3 launch, Google has slashed the prices of its current flagship Pixel 2 XL in India. As per an offline retailer, the Pixel 2 XL now has a starting MRP of Rs 45,499, a 40 percent drop from the original Rs 73,000 price. The new cost will be soon reflected on several offline as well as online channels. Do note that Rs 45,499 is the MRP, therefore you should be able to buy it at even lower prices across stores. 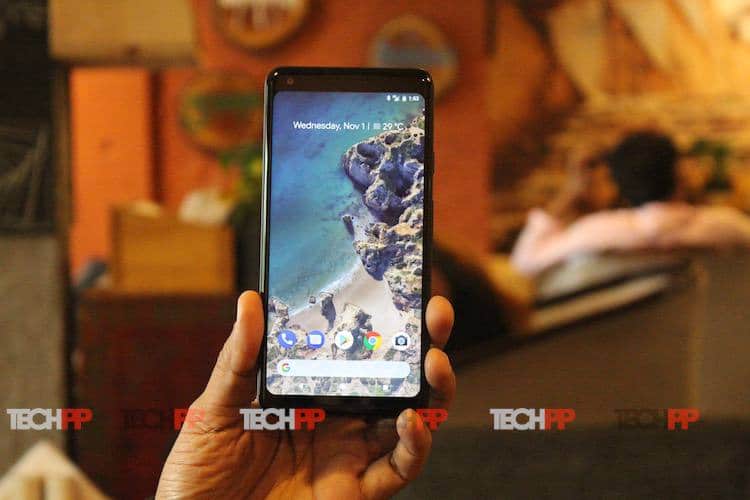 Google’s Pixel 2 XL still is a competent option in the price segment especially considering the company has promised three years of software and maintenance updates. Although the phone does suffer from a handful of critical shortcomings such as performance slowdowns and poor display quality. However, since the Android Pie update, we’ve seen a couple of users (including some people at TechPP) reporting major improvements for the former.

As for the specifications, the Google Pixel 2 XL comes with a 6-inch Quad HD OLED screen, Qualcomm’s Snapdragon 835 chipset, 4GB of RAM, 64/128GB internal storage which is not expandable, Adreno 540 GPU, and a sufficient 3520 mAh non-removable battery. Its front 8-megapixel camera and rear 12-megapixel snapper arguably are the best pair of smartphone cameras you can purchase irrespective of the price. Even in comparisons with the new iPhone XS series, the Pixel 2 is being declared as the winner. That is, until, of course, Google announces the Pixel 3 lineup. You can read more in our Pixel 2 and Pixel 2 XL reviews.

Was this article helpful?
YesNo
TechPP is supported by our audience. We may earn affiliate commissions from buying links on this site.
Read Next
How to Split Screen on Chromebook [3 Easy Ways]
#Bazaar Bargain #google #Google Pixel 2 XL