If you are an avid reader, you would know about Kindles. In which case, you might be using one among the different models that the company has to offer. Apparently, for most users, the Kindle Paperwhite released first in 2011 is the preferred Kindle of choice, which makes it the most sold Kindle ever. 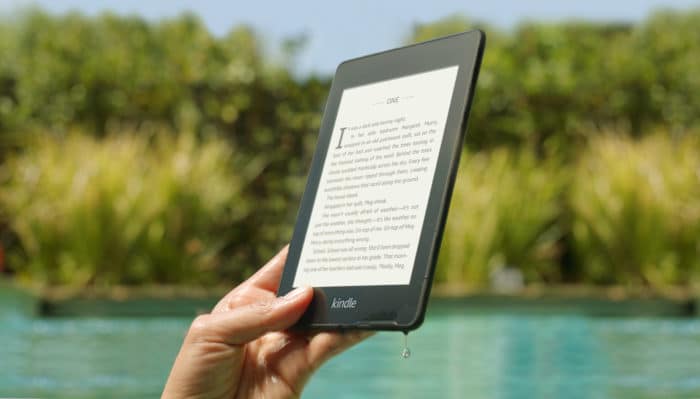 Since its first launch in 2011, the popular e-reader has gotten around the update-cycle just once in the year 2015 and has been due for an update for the past three years, until today when Amazon launched a fresh update to the Kindle Paperwhite.

The new Kindle Paperwhite is similar to the older model for the most part except for a few changes. It seems that the company is pretty convinced with the older-generation design and hence wants to stick to what has been working out for them. A possible reason for which seems to be the sheer popularity of the device worldwide and the staggering sales figures that the company has achieved with the model.

The new Kindle sports a six-inch, high-resolution display similar to the previous model with an added LED – increasing the LED count to five. There is a new flush front-design with soft and easy to hold back, which according to the company makes it 10-percent thinner and lighter than the previous model. An important feature that the previous generation model had suffered from is the lack of water-resistance on the device, which has been addressed with the new model. It’s IPX8 certification which allows the device to survive up to two meters of full-water submersion for an hour.

Talking about the internals, the storage space provided on the new Kindle Paperwhite has been increased and now comes in either 8 or 32 GB of storage space allowing you to store and read more books on the go. The software that the device runs on has also been updated with a few nifty additions that increase the usability of the device and make the reading experience more enjoyable. Like,

To conclude, the new Kindle Paperwhite is a significantly good update to the previous model with some really useful features. So if you are in the market for an e-reader, the new Kindle Paperwhite is the right fit for you. And as of now, you get three months of free Kindle Unlimited subscription on pre-ordering. With Kindle Unlimited you get the option to choose any read from around 1 million titles.

New 13-inch MacBook Pro with Magic Keyboard and Double…
Galaxy Chromebook 2 comes with a QLED display at an…
1MORE Stylish True Wireless Review: Great Sound Comes at a…
Vivaldi comes to Android, with some note-worthy touches
15 Kindle Tips and Tricks You Should Know
How to Read Instapaper and Pocket Articles on Kindle