A Slice of Apple for Enterprise

A Slice of Apple for Businesses

Apple is so big in the consumer world that its efforts in the enterprise arena often go unnoticed. Traditionally, companies like Microsoft, Dell, HP, IBM, Lenovo, and BlackBerry have had a stronghold on the enterprise market, but of late, Apple has been increasingly making its presence felt in this sector. During one of the quarterly calls with analysts in 2014, Apple CEO, Tim Cook, had revealed that the iPhone was being used in 97 percent of the Fortune 500 companies and the iPad was being used in 98 percent of the Fortune 500 companies. By late 2015, Apple was estimating that enterprise markets accounted for about $25 billion in Apple’s annual revenue – more than what many enterprises make in a year. 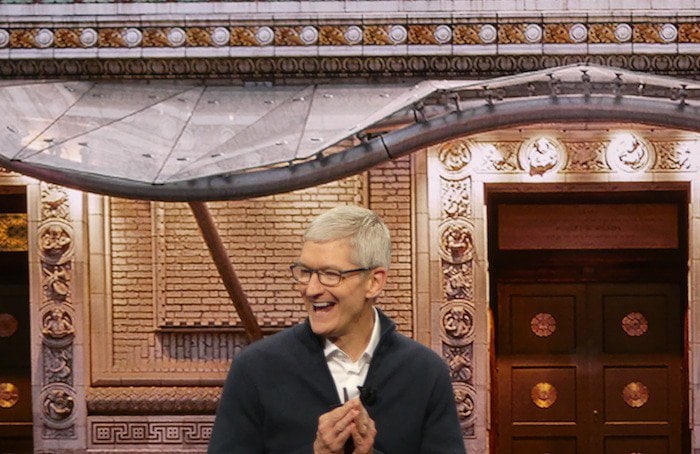 Apple is one of those unique companies which can boast of effective integration between hardware and software – be it the Macs and macOS or iPads/iPhones and iOS, or the AppleWatch with watchOS. Indeed, Apple prides itself on its privacy and security-focused approach. For a lot of businesses, it’s important to ensure their data stays safe and secure, and at the same time, it’s important for them to let their employees use devices they actually like to use. This is where Apple devices add value.

GOAT (the popular marketplace for authentic sneakers) co-founder and CEO, Eddy Lu, acknowledges this. Across GOAT and Flight Club (which merged with GOAT earlier this year), Apple devices are used everywhere – from Operations to Development to Retail. Speaking to select media personnel at Flight Club’s flagship store in New York, Lu described how his teams have adopted Apple technologies to run the business. The operations team in the backend majorly use the MacBook Air, the development team uses the MacBook Pro and the retail team uses the iPad. Lu insists the whole thing is pretty seamless. “Apple Business Manager, the remote management system helps us to reach and manage 12 locations across the United States,” he says. 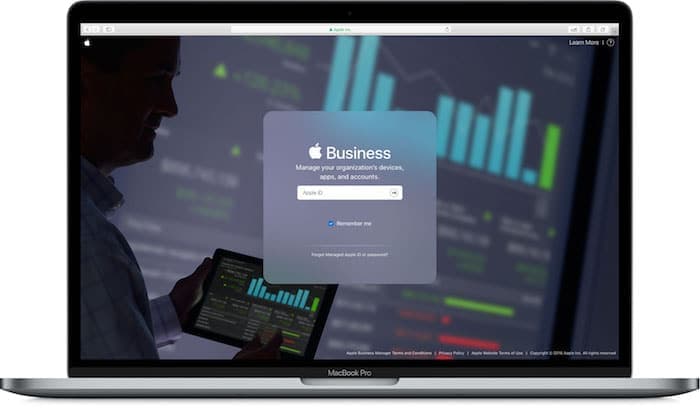 Apple Business Manager (ABM) is a web-based business management platform to deploy and manage iOS, macOS, and tvOS devices. It lets IT administrators configure device settings, create accounts, and buy and distribute apps and books. It is currently available in 64 countries (including India) and fast expanding. Despite being two completely different OS architectures, both macOS and iOS devices can be handled within the ABM. It supports corporate-owned devices as well as personally owned ones. Being a modular system, it makes it drop-dead-easy for an administrator to switch and replace devices.

Back in 2014, Apple teamed up with IBM to create “a new class of more than 100 industry-specific enterprise solutions across 15 industries including native apps, developed exclusively from the ground up, for iPhone and iPad.” That partnership has since expanded into machine learning integrations through Apple’s Core ML and IBM’s Watson technology. 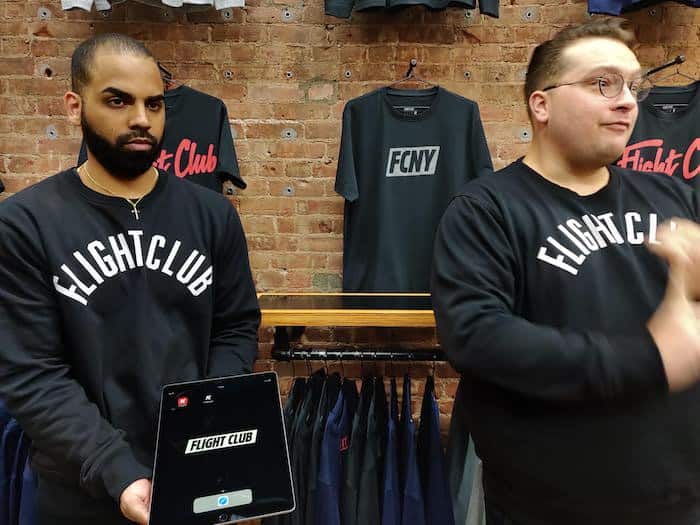 Eddy Lu’s Flight Club uses machine learning to identify counterfeit sneakers. Counterfeiting is rampant in the sneaker industry with roughly 1 in every 10 shoes being fake. At Flight Club and GOAT, they have scanned over 75,000 SKUs till date and have over 45,000 sneakers for sale online. Machine learning has helped the company accelerate the scanning for counterfeits.

Beyond operations and retail, companies like Flight Club are ramping up their development to make use of Augmented Reality. Apple’s new iPad Pros and new iPhones come with updated hardware which provide an immersive AR experience. Flight Club has a brand new app which utilizes AR and provides its users with a fun way to interact with the brand. With Black Friday around the corner, Flight Club is releasing a new app where users will be able to collect GOAT credits by interacting with the AR part of the app both physically at the stores and virtually from their homes.

Small wonder then, that Apple is bullish with its enterprise opportunities. During one of his interviews with Bloomberg, Tim Cook had said, “For most enterprises, iOS is the preferred mobile operating system. iOS is a fantastic platform because of the ease with which you can write apps that are great for helping you run your business efficiently or interface with your customers directly. We see many, many enterprises now writing apps. Well, what do they use to write the apps? They use the Mac. The Mac is the development platform for iOS.” 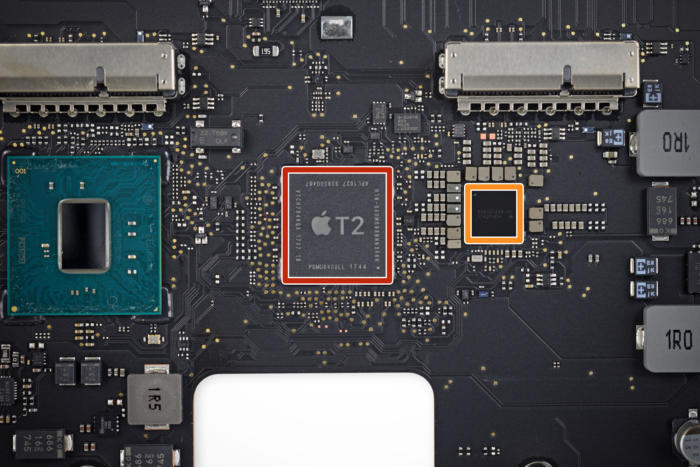 A closer look at Apple’s last few product launches will reveal that Apple has been doubling down on hardware security. Every single new device announced at the October 30 event in New York came with the new T2 security chip. Of course, it helps individual users keep their data private and secure, but it also pushes enterprises to consider Apple as their IT partner. The Apple T2 Security Chip is a custom silicon for Mac featuring a Secure Enclave coprocessor, which provides the foundation for APFS encrypted storage, secure boot, and Touch ID on Mac. In addition to the security components, it integrates several controllers found in other Mac systems—like the system management controller, image signal processor, audio controller, and SSD controller. The T2 chip is the hardware root of trust for secure boot. Secure boot ensures that the lowest levels of software are not tampered with and that only trusted operating system software loads at startup.

This secure boot chain is also part of iOS devices. According to Apple, “Each step of the startup process contains components that are cryptographically signed by Apple to ensure integrity and that proceed only after verifying the chain of trust. This includes the bootloaders, kernel, kernel extensions, and baseband firmware. This secure boot chain helps ensure that the lowest levels of software aren’t tampered with.” The secure enclave is a coprocessor fabricated within the system on chip (SoC) on iOS devices.

Apple’s evolution in the enterprise world has been gradual yet phenomenal as the numbers above show. But it’s not like they just got lucky. Apple has been working hard on Enterprise solutions for a while now. From dedicated security chips and coprocessors to Business management apps to enterprise-level AppleCare support, the company is making inroads into the enterprise world, both with larger companies like British Airways and smaller startups like GOAT.

Apple is not a fruit just for consumers. Enterprises are getting a bite too. And if the numbers are anything to go by, they are liking the taste!

Disclosure: Apple sponsored the correspondent’s flights and hotel for the meeting in New York.