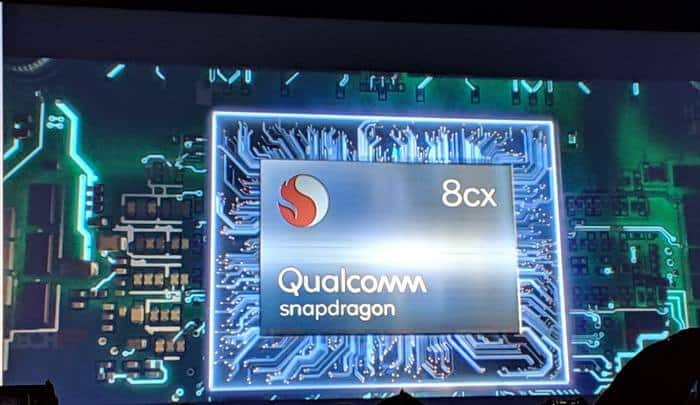 The next generation of Always Connected Personal Computers (ACPCs) will be significantly more powerful and at the same time, significantly more efficient. Qualcomm has managed to beat Intel to announce the first ever PC chip based on the 7nm technology. In fact, Intel has been struggling to go past the 14nm architecture and there is news of them abandoning 10nm recently. While the primary focus remains the same – always-connected PCs with all-day battery, there is a significant leap in performance. The new Adreno 680 GPU on Snapdragon 8CX is 3.5x times faster than the Snapdragon 850 and at the same time, it’s 60% more efficient as well. We are still not looking at Nvidia/AMD/Intel levels of GPU performance, but that’s a considerable jump. 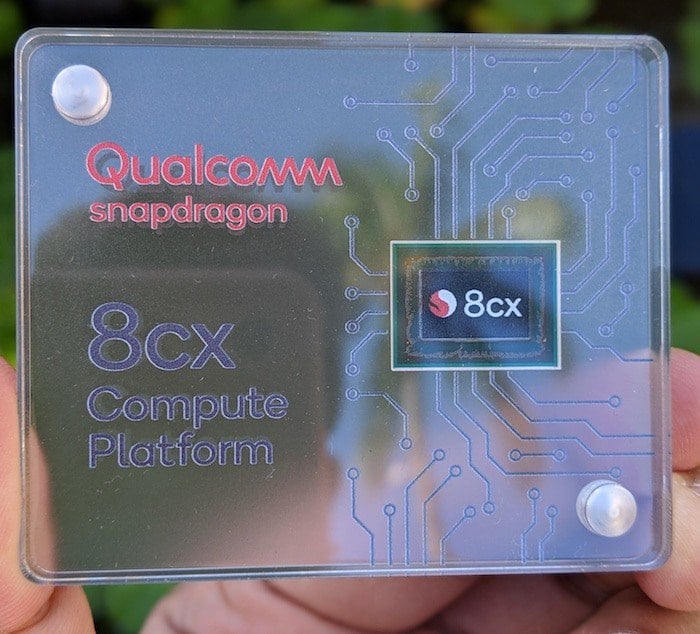 Qualcomm continues to have the heterogeneous architecture with Kryo 495 CPU which comes with four high-performance cores and four efficiency cores. The CPU comes with a larger system cache, and L3 cache, a total of 10MB. Adreno 680 GPU features 2x more transistors, 2x more bandwidth and a high-efficiency video encoder. It can now support up to two 4K-HDR external monitors and 4K HDR video playback at 120 frames per second for streaming content. Without naming specifically, Qualcomm took a dig at Intel’s 8th gen U-series i5 and i7 CPUs claiming Kryo 495 being twice as powerful and twice as efficient compared to them.

As for the connectivity, the Snapdragon 8CX comes with the new X24 LTE modem, just like the Snapdragon 855 announced yesterday. With speeds up to 2Gbps, it also comes with 4X4 MIMO, 7x Carrier Aggregation, and supports 20 data streams. Qualcomm boasted about how they have stopped measuring the battery life in “hours”, and now looking at “days” instead, without getting specific about it.

The Snapdragon 8CX has support for the latest Qualcomm Quick Charge 4+, Aqstic audio tech, and aptX HD codec for the immersive audio experience. There is also the included support for two voice assistants – Amazon’s Alexa and Microsoft’s Cortana (of course) – which we first saw a few months back.

But the biggest story is the support for Microsoft Windows 10 Enterprise which should come as a shock to Intel. That opens up a much bigger opportunity for Qualcomm. Microsoft too has been bullish about the cloud-driven productivity and this fits in right into the scheme of things. While apps have been the Achilles heel of both Windows RT and Windows on ARM, Qualcomm seems bullish and showcased some partners developing enterprise and consumer apps for ACPCs which includes the likes of Symantec, VMware, Cisco and others. 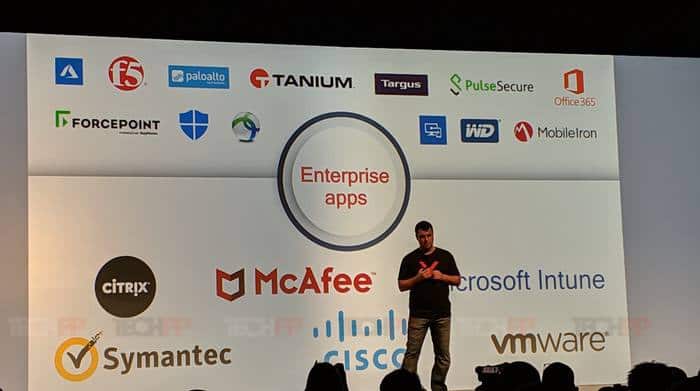 Interestingly, Miguel Nunes, Senior Director, Product Management at Qualcomm, revealed that the Snapdragon 8CX, 850 and other Snapdragon chips won’t be exclusive to Windows, and we should expect Chromebooks with Snapdragon as soon as next year. He revealed that Qualcomm is also working with non-traditional PC players to bring ACPCs to emerging markets like India. While he didn’t reveal the names of the OEMs working on this, we assume the likes of Xiaomi, Huawei and even local players like Smartron or Micromax would be interested to bring ACPCs to markets like India.

Disclosure: Qualcomm sponsored the correspondent’s flights and hotel for the event in Hawaii.

Was this article helpful?
YesNo
TechPP is supported by our audience. We may earn affiliate commissions from buying links on this site.
Read Next
Snapdragon 782G vs Snapdragon 778G Plus: What Has Changed?
#ACPC #microsoft #qualcomm #Snapdragon 8CX #Windows 10 #Windows 10 Enterprise