Coolpad, a Chinese smartphone manufacturer which had almost disappeared from the Indian market after releasing its device way back in October 2018, has launched a new smartphone today. The phone is called Coolpad Cool 3 and is expected to give a direct competition to Xiaomi’s best offering at the same price point, the Redmi 6A. Priced at Rs 5999, the device is claimed to be the first smartphone in this price bracket that comes with Android 9.0 out of the box and a dewdrop notch at the top. 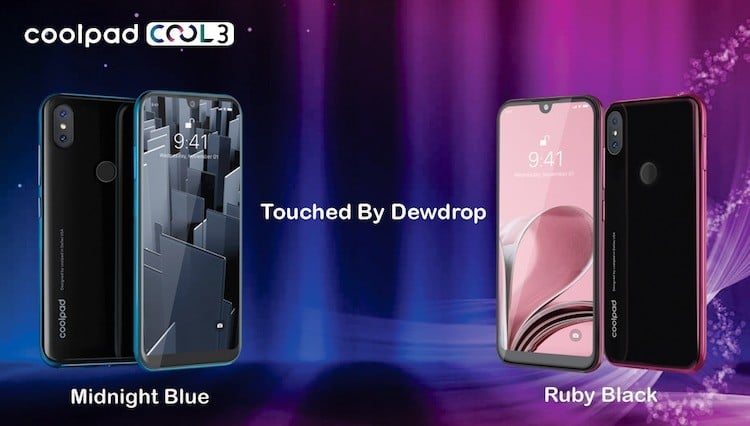 The Cool 3 comes with a 5.71-inch HD+ display with a dewdrop notch at the top and is powered by a Unisoc chipset with AI and AR/VR compatibility, 2GB of RAM, and 16GB of internal storage. In terms of the camera specs, the device sports a dual (8MP + 0.3MP) sensor on the rear and a 5MP sensor on the front for selfies. For authentication, the Coolpad Cool 3 comes equipped with both Face Unlock and Fingerprint Scanner to provide users with options to choose from. And to power the entire thing, the device uses a 3000mAh battery.

Coolpad is set to disrupt the budget smartphone segment in India with a stylish design, stunning specs along with superb quality. We are looking forward to offering our consumers a delightful experience and we will launch a range of affordable smartphones this year to build our presence in India.

The Cool 3 will be available in four different colors namely- Midnight Blue, Ruby Black, Ocean Indigo, and Teal Green and can be purchased online or offline for a price of Rs 5999.

Coolpad Cool 3 Plus Review: Cooler Than the Rest?
Read Next