In an effort to make Android phones smarter for the deaf or hard of hearing, Google has released two new services today. This is not the first time a company is taking measures to provide such accessibility options for the hearing disabled. In the past, Apple had also come up with a hearing aid accessibility feature on its AirPods, which allowed people with hearing disability to be able to listen to conversations better. However, in the case of Google, both the services, namely Live Transcribe and Sound Amplifier, are present in the form of individual tools on the smartphone itself. 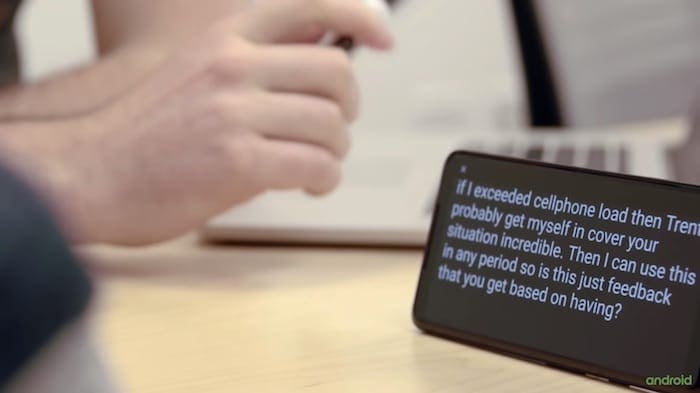 When you open the Live Transcribe app on your phone, it automatically recognizes audio from the microphone and transcribes it into large and easy-to-read text in real time. It works well with understanding context to a subject and includes proper punctuation in the transcribed text. The app showcases the transcribed text in two themes: light theme – that shows a white background with black text on top; dark theme – that shows a black background with white text on top. For Live Transcribe to work, the app service requires internet connectivity at all times to be able to transcribe the voice input into text. 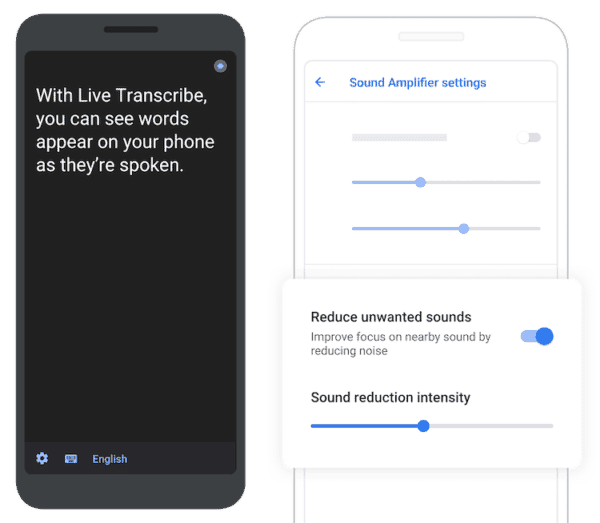 The service currently supports around 70 languages and possesses the ability to switch between any two languages at a particular instant. Users can set a primary and a secondary language on the app and can switch between them any time they want. In addition to that, it also allows users to type their response instead of speaking it to the microphone. For this, it provides users with a keyboard tool in the app itself, which can be used to type in the response.

Once the app is closed, all the transcription history is cleared out and not present on the app anymore. Google says there’s no way to store conversations and that it hasn’t added such an option to keep the app simple. Taking into consideration user privacy, that seems like a good move, as neither the audio nor the transcription data get stored on Google’s servers, which takes away any cynicism that a potential user could have for their privacy. But yes, journalists like us would love to have a transcription service like this which can save the text/audio locally.

How does Sound Amplifier app work?

Talking about the other service, Sound Amplifier, which unlike Live Transcribe is not a standalone app and therefore can be accessed from the accessibility settings on the phone. It has a bunch of slider for various audio settings listed accordingly. You can use these sliders to tweak different audio settings as per your requirements and reduce any surrounding noise.

To be able to use Sound Amplifier, all you need is your phone and a wired-earphone. Once you plug in the earphone, the phone starts processing the incoming audio and makes it easier for you to listen. Unlike, Live Transcribe, Sound Amplifier works completely offline and does not require an internet connection to work.

Both the new services from Google are an indication of where the industry is headed when it comes to addressing the accessibility challenges for people. Be it Apple, Facebook, Google, or any other company, one thing is for sure, experiments like these are going to help a lot of people with disabilities by providing them easier modes of communication. Both will be available preinstalled on Pixel 3 phones in Accessibility Settings and also available via the Google Play Store for other phones. However, Live Transcribe is being released as a limited beta, and Sound Amplifier requires phones running Android 9 Pie, which limits their availability.

How to View Gmail Login History and Secure Your Gmail Account
Read Next
Source: The Verge