Huawei has unveiled its much-awaited foldable smartphone today in an event in Barcelona as a part of MWC 2019 which makes it the third smartphone after the Royole FlexPai and Samsung Galaxy Fold to come with a foldable display. Huawei’s implementation however seems to be the most refined of the lot and more practical compared to others. Not just the foldable display, but the Mate X also comes with some other industry leading technologies.

The elephant in the room of course is that foldable display. There are 3 parts to this display. The front of the phone when folded has a 6.6-inch display with a resolution of 2480 x 1148 pixels and aspect ratio of 19.5:9. The display on the rear when folded measures 6.38-inches with a resolution of 2480 x 892 pixels and an unusual aspect ratio of 25:9 due to the array of cameras residing on a strip on the side. The biggest display however is on the inside when unfolded, which is an 8-inch panel with a resolution of 2480 x 2200 pixels and an aspect ratio of 8:7.1. The speciality of all 3 displays is that there is no notch or cut-out to interrupt the viewing experience. The hinge is made out of a falcon wing design which allows for a smooth experience while folding and unfolding the device, and allowed Huawei to achieve a thickness of just 5.4mm when unfolded. When closed, the thickness increases to 11mm.

On the inside, the Huawei Mate X is powered by the 7nm based Kirin 980 chipset which is now coupled with a 7nm based Balong 5000 5G modem. This modem, as claimed by Huawei can achieve up to double the speeds of the X50 5G modem by Qualcomm and can apparently download a 1GB file in just 3 seconds. The phone will support dual SIMs with the primary slot accepting a 5G SIM and the secondary slot a 4G one or a nano SD card for storage expansion. 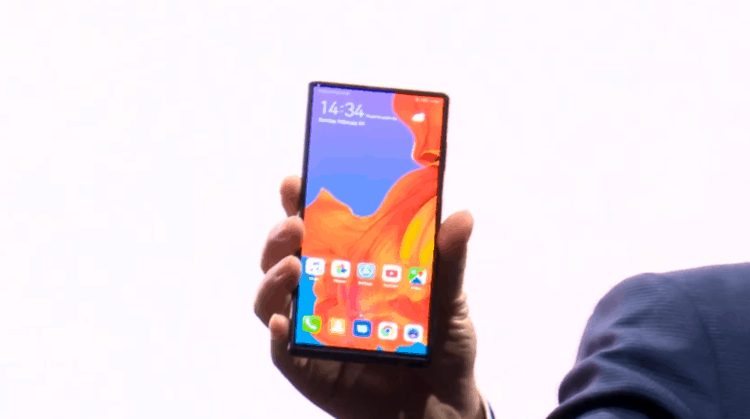 Given that there are 3 huge displays on the phone, Huawei has included a 4500mAh battery with an insane 55W charging speed which can reportedly charge the device up to 85% in just 30 minutes. Given the high power rating, you can even use the charging adapter to charge a USB Type-C compatible laptop as claimed by Huawei. While we do not have detailed specifications of the camera, it’s safe to say that it probably would be something along the lines of the triple camera setup on the Mate 20 Pro.

The Huawei Mate X will go on sale sometime in mid-2019 for 2299 Euros which translates to about $2,600 or INR 1,85,000 which is much more than the already expensive Galaxy Fold, but foldable smartphones are still a niche product and are developing, so its not aimed at the average consumer. Needless to say, the future of smartphones is undoubtedly exciting.

Was this article helpful?
YesNo
TechPP is supported by our audience. We may earn affiliate commissions from buying links on this site.
Read Next
Huawei FreeBuds 4i Review: A Well-Rounded ANC Performer for Its Price
#Foldable Smartphone #Huawei #Huawei Mate X #MWC 2019