Android Q Beta 1 Available for all Pixel devices: All You Need to Know

Google has announced its first Beta for Android Q to build on top of various upcoming features like 5G, improved displays, foldable displays, enhanced privacy and security, along with new APIs, media codecs, and improved camera capabilities. Interested users can enroll their Pixel devices, with support dating as back as the original Pixel, on their website here. Additionally, Google is also allowing developers and users to leave feedback about the Beta version on its website, to improve the performance and stability of the final software release. Android Q goes official, for everyone, at the Google I/O, which is about to take place in May. 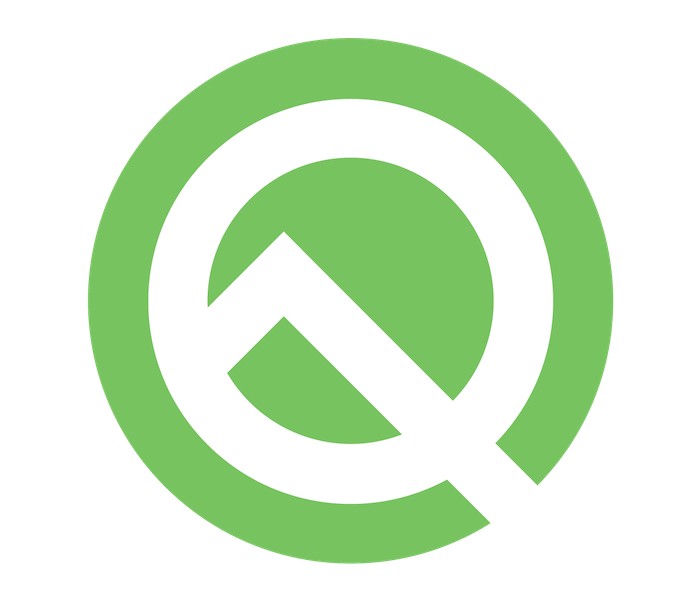 With that said, Google has shed light on some of the highlighting features of the Android Q Beta 1. So let’s look at each of these features in detail, to get an idea of the upcoming Android Q.

One of the biggest concerns with Android, especially over the past few years has to be privacy. And to counter that, constant efforts have been made by Google, to ensure the utmost level of privacy of its users. In this effort, a lot of features and preventive measures like file-based encryption, permission access for sensitive resources, lockdown mode, encrypted backups, Google Play Protect, and many more, were implemented. And now, with Android Q, Google has already started its efforts to improve user privacy, by introducing Project Strobe.

In addition to that, the location access permissions also get scrutinized, and now offer the ability to prevent an app, running in the background, from accessing the location. The location permission menu now includes – ‘Allow all the time’, ‘Allow only while the app is in use’, and ‘Deny’.

Android Q also offers users more control over apps, by providing them with the ability to control an apps’ access to other apps and files. It makes sure that the apps running in the background, do not pop-up in the foreground abruptly, for which it has asked developers to use high-priority notifications instead. Additionally, it also includes limited access to device identifiers like IMEI and serial number.

2. Foldable and other display technology 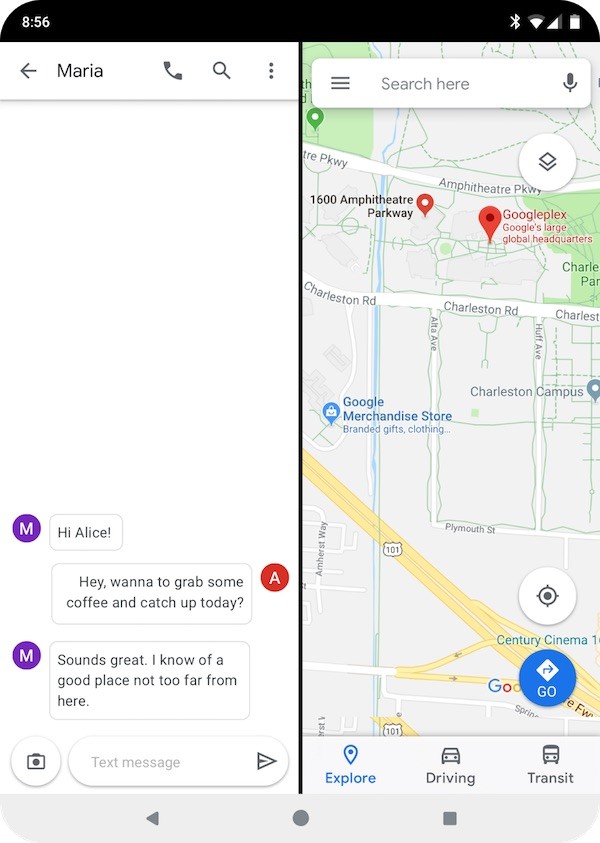 With Foldable smartphones coming in and creating urgency with its design, Android Q seems to have prepared itself for what’s coming ahead. To cope with the change in the form factor with the foldable phones and the increase in display size with different aspect ratios, Android Q has improved upon the onResume and onPause functions, to support multi-resume and notify when an app is in focus. In addition to that, it also gets changes to its resizableActivity manifest, to help manage how an app gets displayed on foldable or large screens. Also, to allow developers to start creating apps for the new devices, the Android Emulator now supports multiple-display type switching, along with a few other changes. 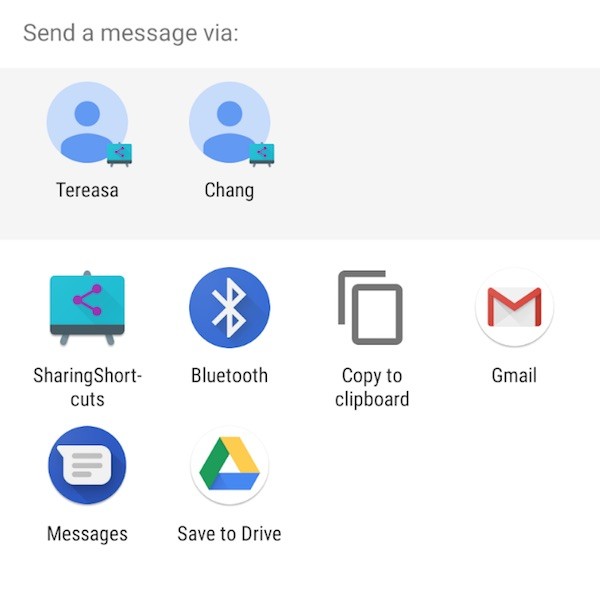 To make the sharing process fast and seamless, Android Q uses the Sharing Shortcuts feature. It allows users to jump directly into another app to share the content. For this, developers can publish share targets, which appear to users on the share UI and launch a specific activity with the shareable content attached. By publishing the share targets in advance, the entire sharing process becomes significantly faster.

In a nutshell, the Sharing Shortcuts feature is similar to the working of App Shortcuts, which is why the ShortcutInfo API is expanded to integrate both the features. 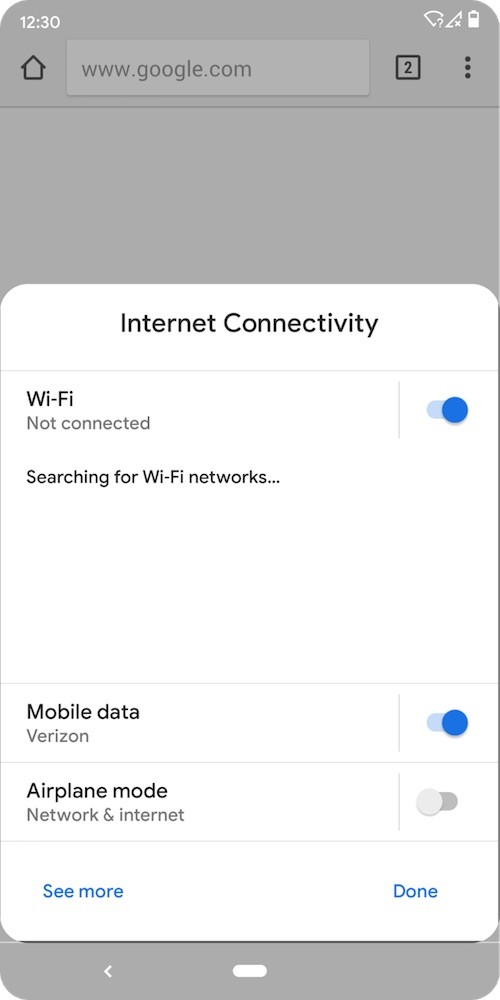 With Android Q, it is now possible to show some of the key System Settings like – Wi-Fi, Bluetooth, Mobile Data, etc in the direct context of an app. It uses a new Settings Panel API, which takes advantage of the ‘Slices’ feature, introduced in Android Pie.

What this essentially does is, provide a settings page, contained in a floating UI within an app, that would provide all the essential settings at the disposal for easy toggling. And take away the extra step of going into the settings page, every now-and-then, or pulling down the notification shade.

Android Q gets new APIs for connectivity, with increased location protection for Bluetooth, Cellular, and Wi-Fi scanning. To improve security on home and work networks, along with public networks, Android Q comes with new Wi-Fi standard support – WPA3 and Enhanced Open. Users can now request adaptive Wi-Fi in Android Q by enabling the high-performance, low-latency modules, depending on the requirement and the use case scenario.

In addition to that, the Wi-Fi stack has been refactored to increase performance and improve privacy, for IoT devices. And the network connection APIs, now make it easier to configure, download or print content off of IoT devices over local Wi-Fi.

These days, a lot of smartphones are able to create depth of field effect by blurring the background from the foreground and giving it a blurring effect. For this, the camera also captures a tonne of data, called depth metadata, to apply a blur to the image. Up until now, the depth metadata used to be discarded after its use, however, with Android Q, that is about to change. As with Android Q, apps can request a Dynamic Depth image, which consists of JPEG, XMP metadata, and a depth and confidence map, all embedded into the same file. By doing so, it would be possible to create better blurs and bokeh, along with 3D images or support for AR photography.

Audio also gets improved on Android Q, with support for the open source codec, AV1- which allows media providers to stream high-quality content, using less bandwidth, Opus – which is a codec, optimized for speech and music streaming, and HDR10+ – for high dynamic range videos.

Those were some of the highlighting features of Android Q. You can learn more about these features, here.