Huawei has today launched its newest mid-range smartphone, the Nova 4e, in China. The leaks for the devices popped-up yesterday, and the device was alleged to be a watered-down version of the Nova 4 smartphone, that launched last year in December. Some of the highlighting features of the new device include a water-drop notch, Kirin 710 Soc, triple-camera setup on the rear, and a 32MP camera on the front. 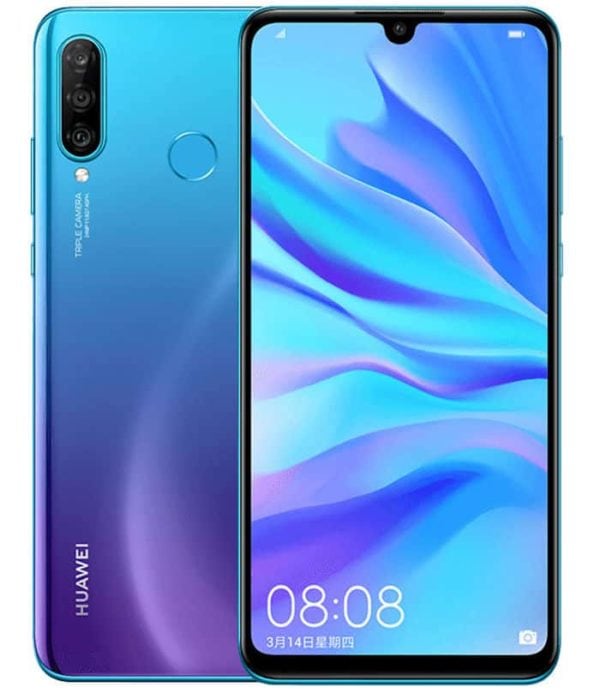 In terms of design, the Huawei Nova 4e comes with a 6.15-inch Full HD+ curved glass display, with a water-drop notch on the top, and a glass back on the rear, with a gradient finish available on the Blue color version. Talking about specifications, the device sports an Octa-Core 12nm Kirin 710 chipset with Mali-G51 MP4 GPU, along with 4GB or 6GB of RAM, and 128GB of internal storage, expandable up to 512GB using a microSD card. It comes with a fingerprint scanner mounted on the rear, a 3340mAh battery with fast charging over USB Type-C, and runs on EMUI 9.0 based on Android 9.0 Pie.